A definitive list of the worst shoes being spotted in Edi right now, and what wearing them says about you

University students in the UK like to consider themselves members of a diverse and fashion-forward community in which individuality and the flaunting of the most wavy garms one can get their hands on is strongly encouraged. However, the shoe game of some students across UK campuses is undeniably faltering and is becoming, at times, a cause for concern.

Whether your audacious metallic trainers are blinding fellow students when the sun makes its rare appearance, or if your dirty, old sesh shoes – worn religiously day and night – are a walking health hazard; infested with diseases picked up from the deepest, darkest depths of your uni city, perhaps we all need to make a more conscious effort to reconsider the shoes we rock at uni if we are to live in harmony as a functioning student body.

With the all joys that snow can bring, such as fit Instagrams of Edinburgh students and cancelled lectures, some devastating consequences arise also, with the worst being the return of Uggs. Yes, comfort is important but when push comes to shove, the appearance of your footwear must triumph – unless, of course, you want to walk around with what looks like soggy cardboard boxes-loaf of bread hybrids on your feet. 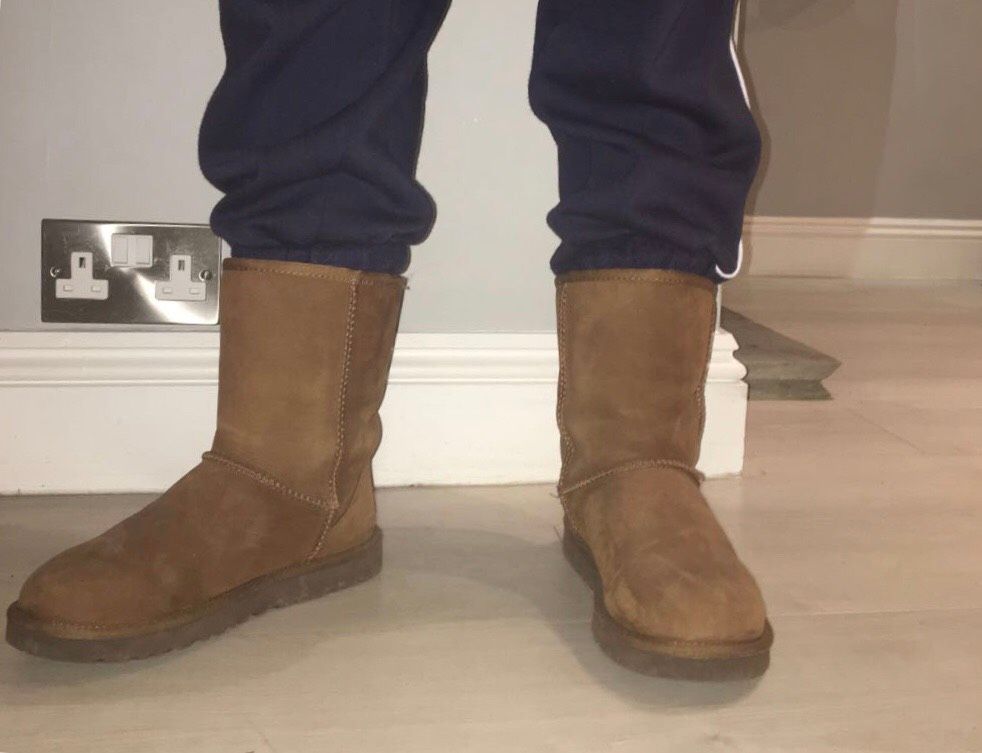 The true beasts from the East

Ugg-wearers most definitely shuffle and drag their feet along the pavement when they walk, which suggests they are highly unmotivated, probably quite lazy, and most definitely have yet to turn up to their 11am tutorial – let alone their 9am (come on guys – it's April).

It's highly probable they're also a dressing gown-wearer, and spend most of the day in bed watching Netflix, and so it doesn't come as a surprise that they choose to wear shoes that look and feel as close to slippers as is socially acceptable. You know you're worth more than this, guys, whack on some cheeky Adidas at least, neck a coffee, and seize the day ahead.

Most definitely to be reserved for South Ken as opposed to South Clerk Street, rocking up to your Social Anthropology tutorial with a £500 pair of shoes on is just all kinds of unnecessary. They may be stunning to look at, but flaunting them on campus is just a tad showy and a bit too 'yah' for the majority of the student community's liking (although we're secretly all super jealous). 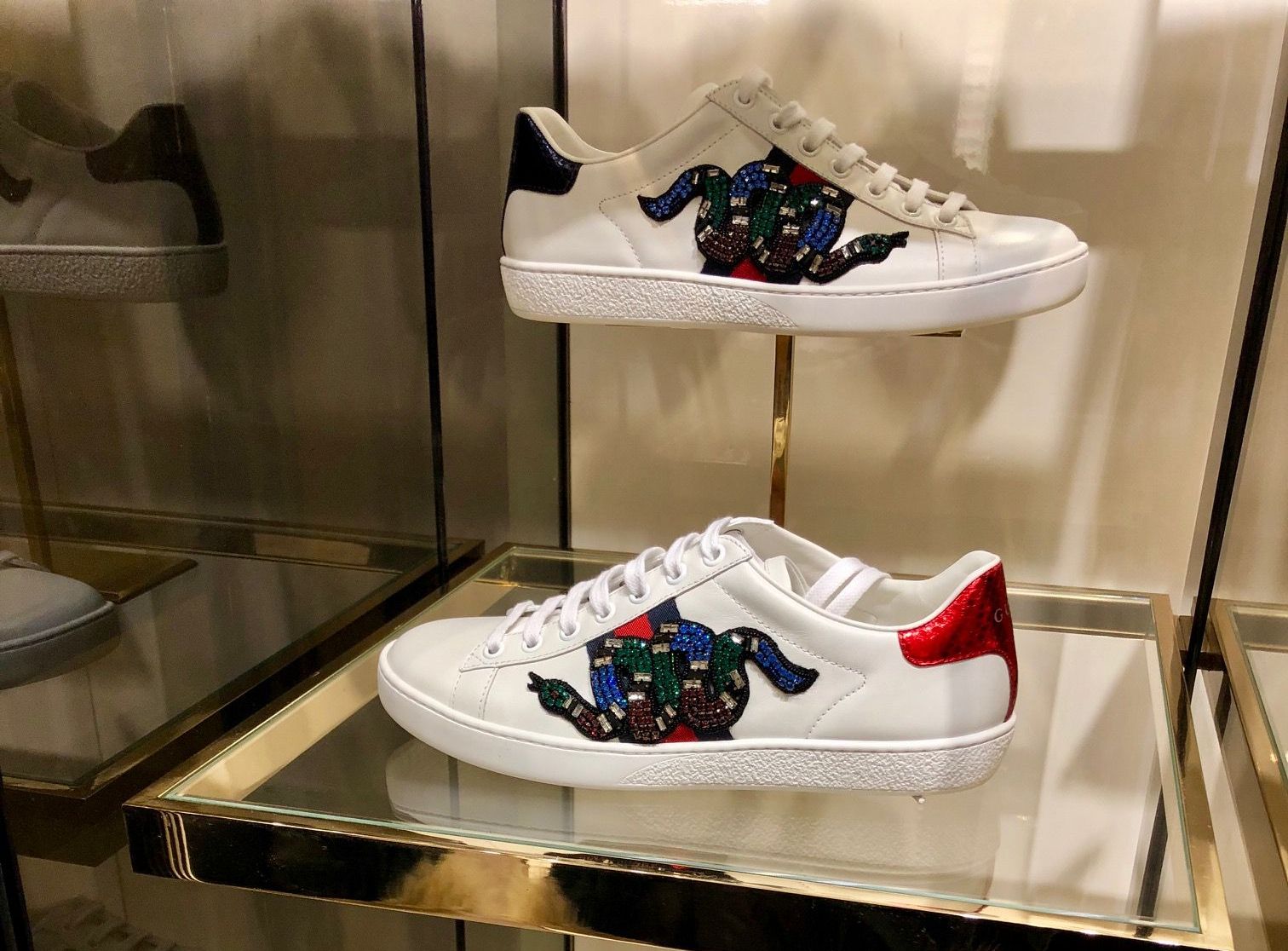 So beaut they should be confined to display purposes only

Gucci sneaker-wearers are pretty easy to sum up. They live the high-life, have their shit together, are effortlessly cool, and dress impeccably well. They aren't usually the most talkative nor the most outgoing member of the (Gucci) gang, but they know their value and are invited to everything anyway.

Nike Air Force 1s are a staple student shoe. They are comfortable, go with almost everything, and are suitable for all kinds of scenarios a student may face throughout the day, be it for sprinting to lectures, facing hour-long lunch queues, to hitting the sesh. The issue arises, however, when they are so poorly looked after that they appear to host an agglomeration of various diseases – most likely picked up off the floor in the SU. 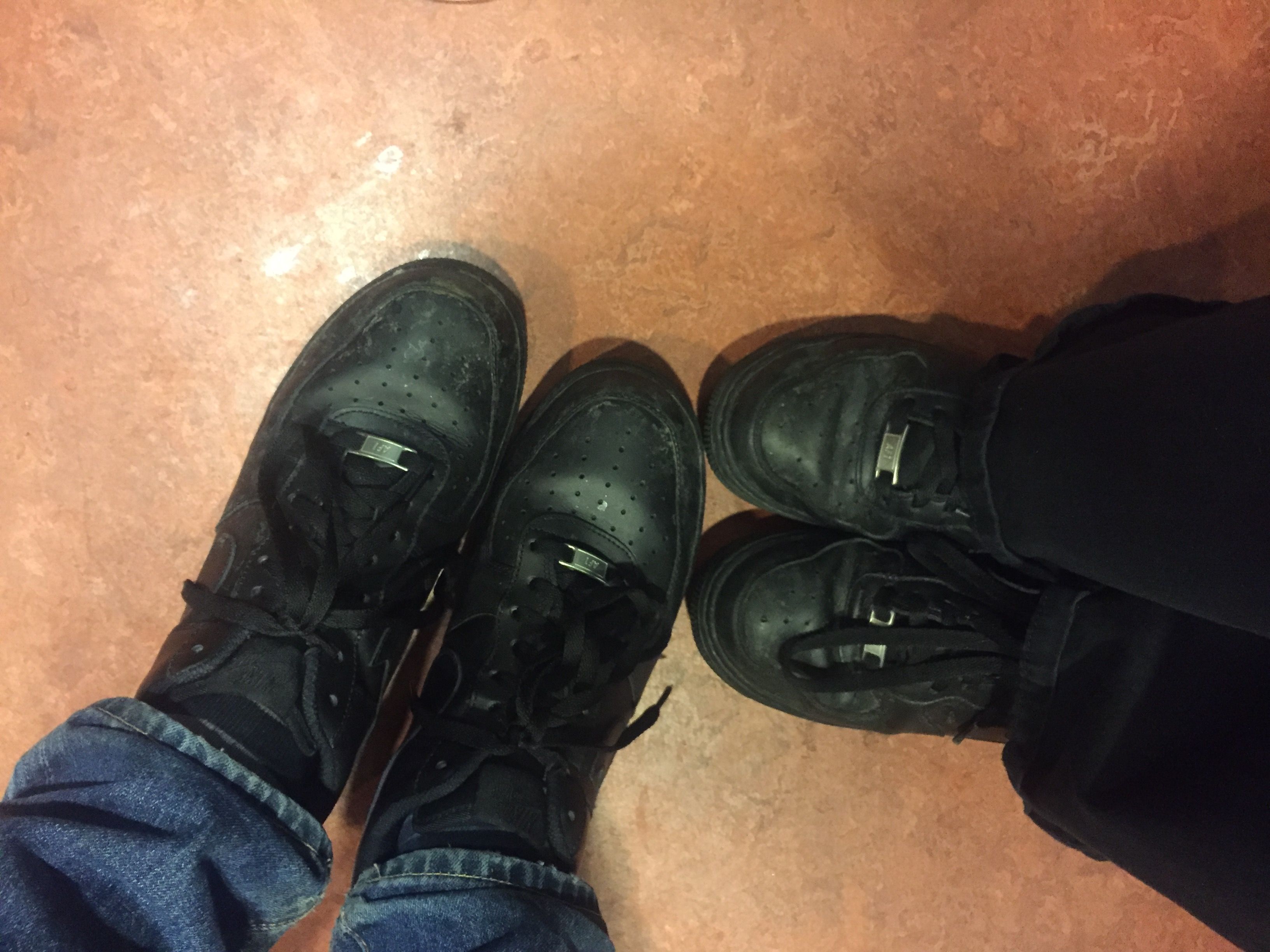 Air Force 1-wearers are a pretty sound crew overall, and are usually very sociable, outgoing, chatty… the kind of pal you would always want to have around if it weren't for the unbearable smell of their decaying shoes. Please, do the overall health of the students and residents of your uni town a favour by whacking out the anti-bac wipes and give those manky shoes a much needed clean. Your overall levels of cleanliness, and the NHS, will thank you. 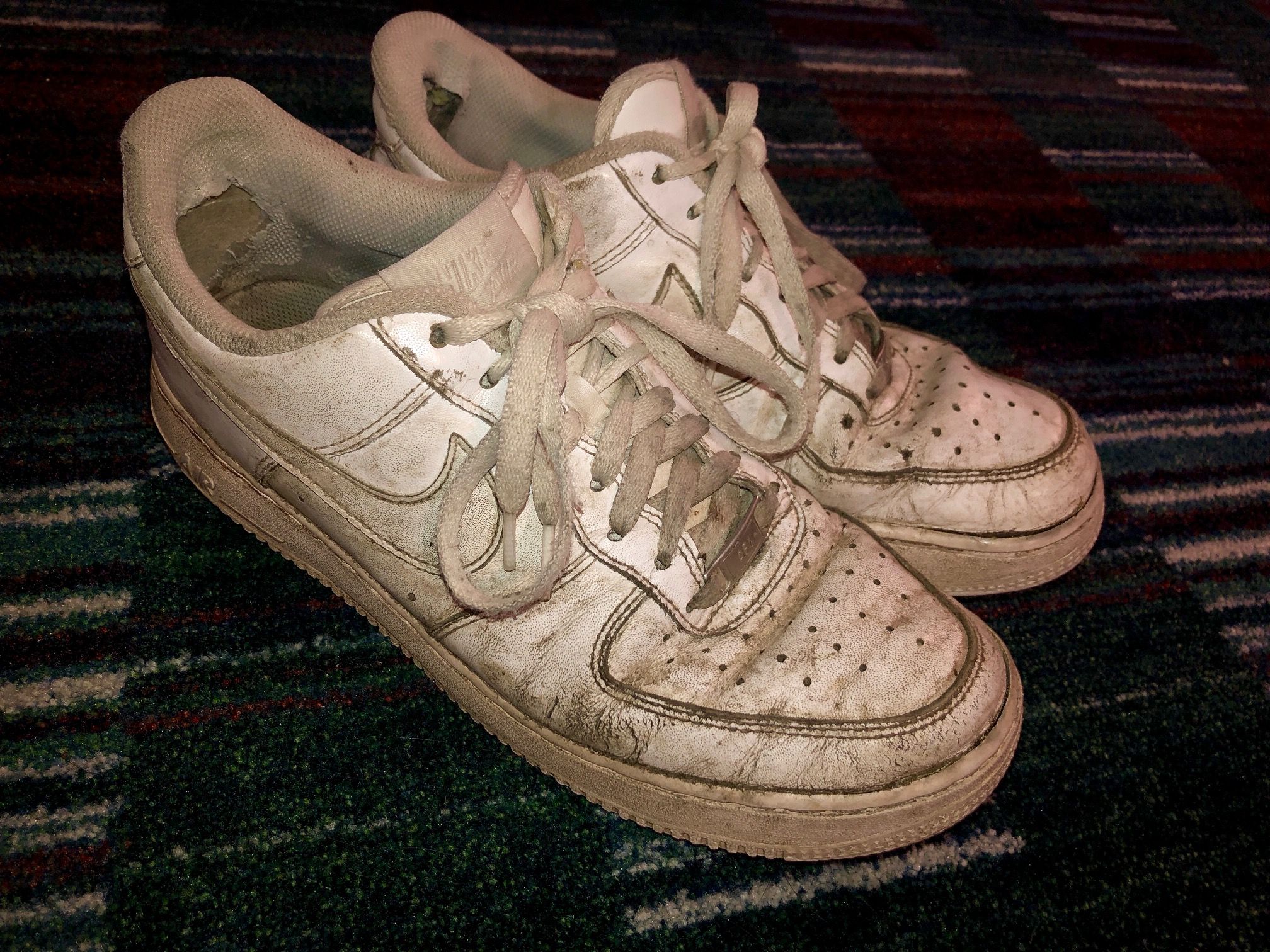 You can almost smell these through the screen

Looks aren't everything in life, but I think we can all collectively agree that these shoes are simply terrifying. No matter how comfortable they may be, and despite the cheeky wee platform to give you some much needed extra height to reach the top shelf in the library (deffo how most students decked in garms like these spend their day), the appearance of Fila platforms can only be described as ghastly.

Unless you're a huge fan of the Power Rangers, there can be no viable justification to wearing big metallic clogs on your feet. And apart from anything, opting to do so is just plain selfish, with the sneakers being a massive eye-sore to any passerby. Worse still, blinding them when a wee ray of sunshine penetrates the clouds and violently reflects off the shoe and deep down into the onlooker's soul. 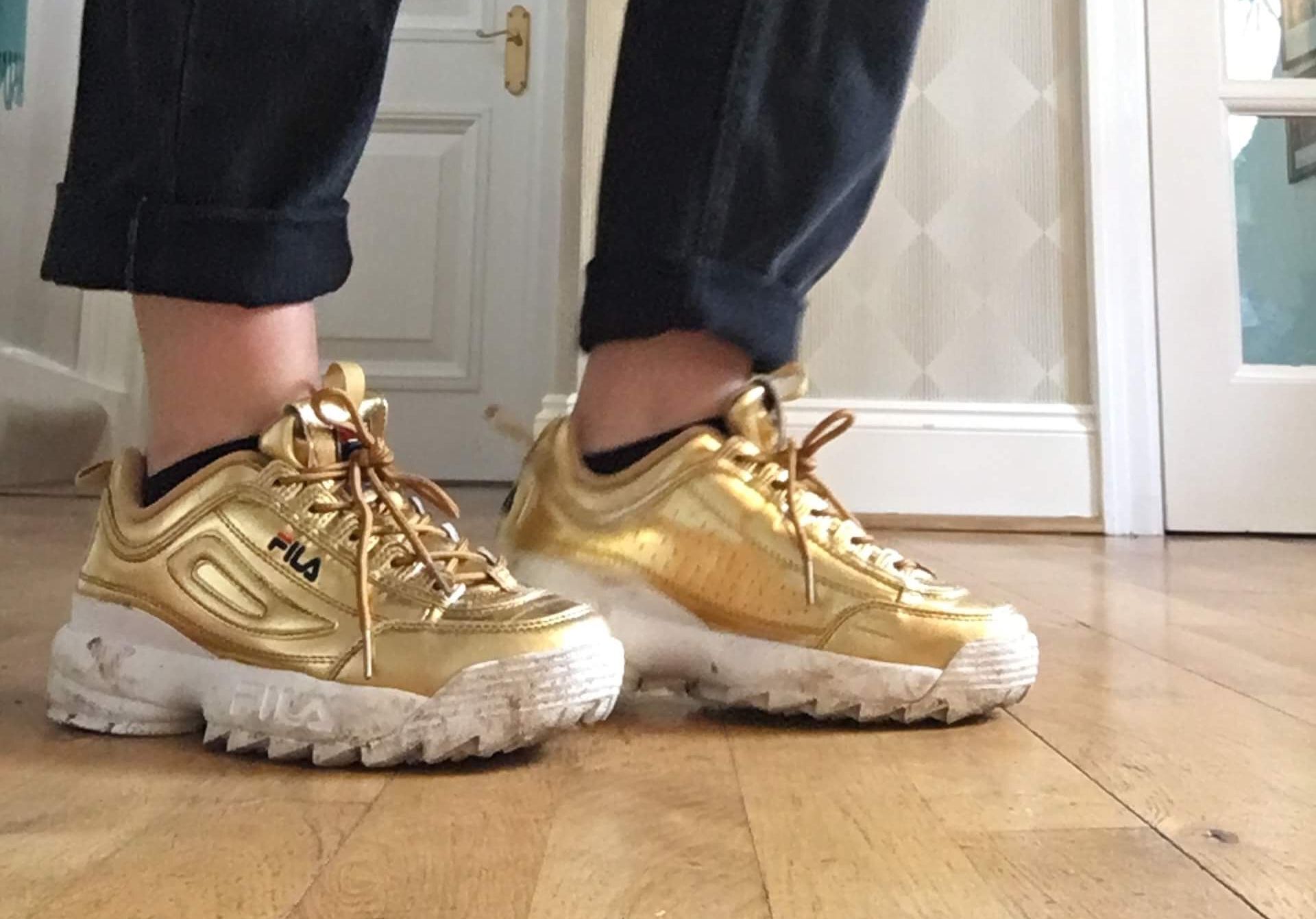 When did wearing scrap metal on your feet become cool?

If you own a pair of these badboys, an apology is firstly owed for the slightly scathing attack. Wearers of shoes like these are confident, loud, and liked by most.

You're probably a little bit zany as you have to be bold to rock sneakers like these, but people love you for it and can always count on you for a good time. Not afraid to let their weird side out, nor afraid to voice their own opinions, perhaps Fila platform wearers with their idgaf attitude should be praised rather than attacked.

From one extreme to another, Converse or Vans scream complete compliance with social norms and being afraid to experiment. Although not technically some of the worst shoes out there, anyone still wearing these has definitely owned them for a long, long time – most likely since middle school. And although there is absolutely nothing wrong with being economical and getting your money's worth, perhaps it's time to try something new – something more bold. 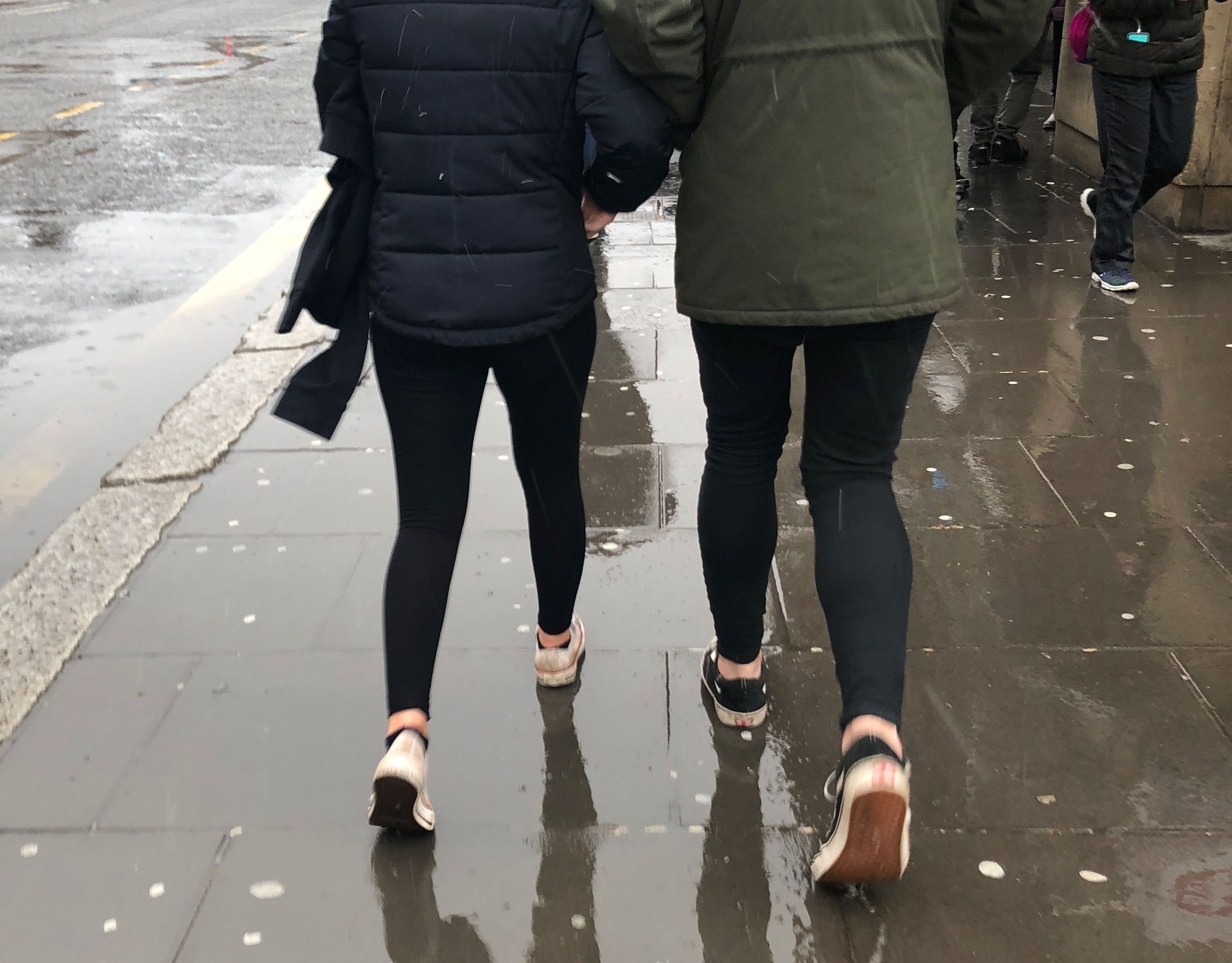 Couples who wear tame shoes together, stay together

Converse and Vans-wearers are probably quite reserved members of the friendship group who may sometimes feel a little overshadowed by some of the louder, more colourful characters (Fila-wearers, essentially).

By changing up their shoe game, however, they may just get that confidence boost they need. Invest in a pair of heeled-ankle boots for added sass and you might finally pluck up the courage to say hi to your tutorial crush, (rightfully) steal a desk in the library which has been reserved using a sole pencil and unopened text book or even storm a student occupation of a lecture theatre. These boots were made for walking.

As summer and warm temperatures near, another eye-sore will most definitely be slides. The chieftain of the socks and sandals movement, these shoes have had remarkable staying power, having a very successful SS17 season and being forecast to remain as popular this year – unfortunately. The fact that people paid upwards of £50 to walk around with what looks like deceased Furbys strapped to the soles of their feet, is laughable, but also severely worrying, and shows how coercive social media hype can be in affecting one's ability to notice just how purely minging Fenty Puma slides really are. 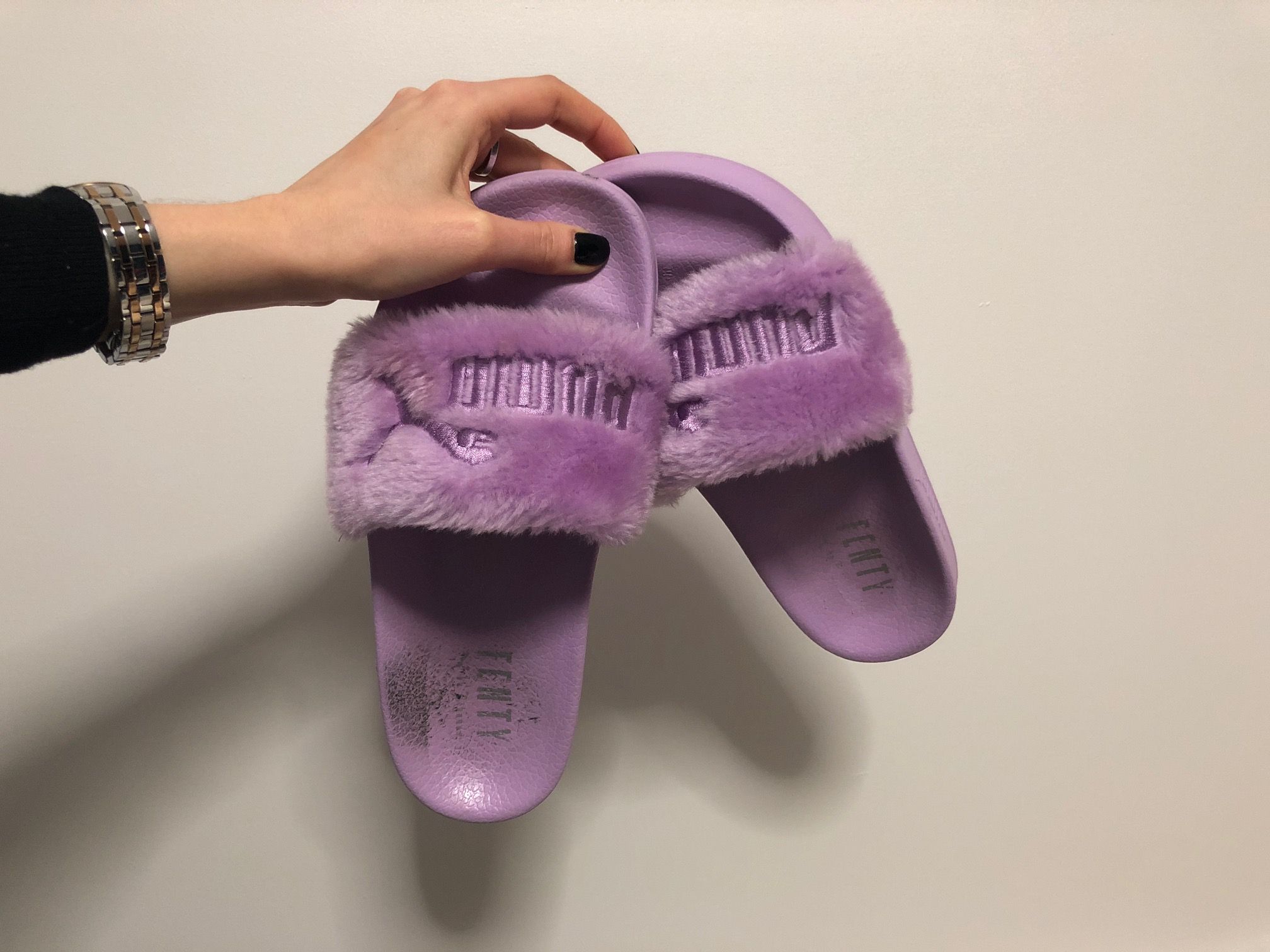 Wearers of sliders can be split into two very different categories depending on the presence of fur trim or not. Non-fluffy slide wearers are sporty, busy, and active students whose downtime consists of 'fun' activities y like walking up Arthur's Seat (for the seventh time this semester) or having a paddle in the sea at Portobello beach. They are happy-go-lucky souls, unfazed by trends, happy to do their own thing and commit the killer fashion faux-pas of rocking socks and sliders, be it consciously or not. 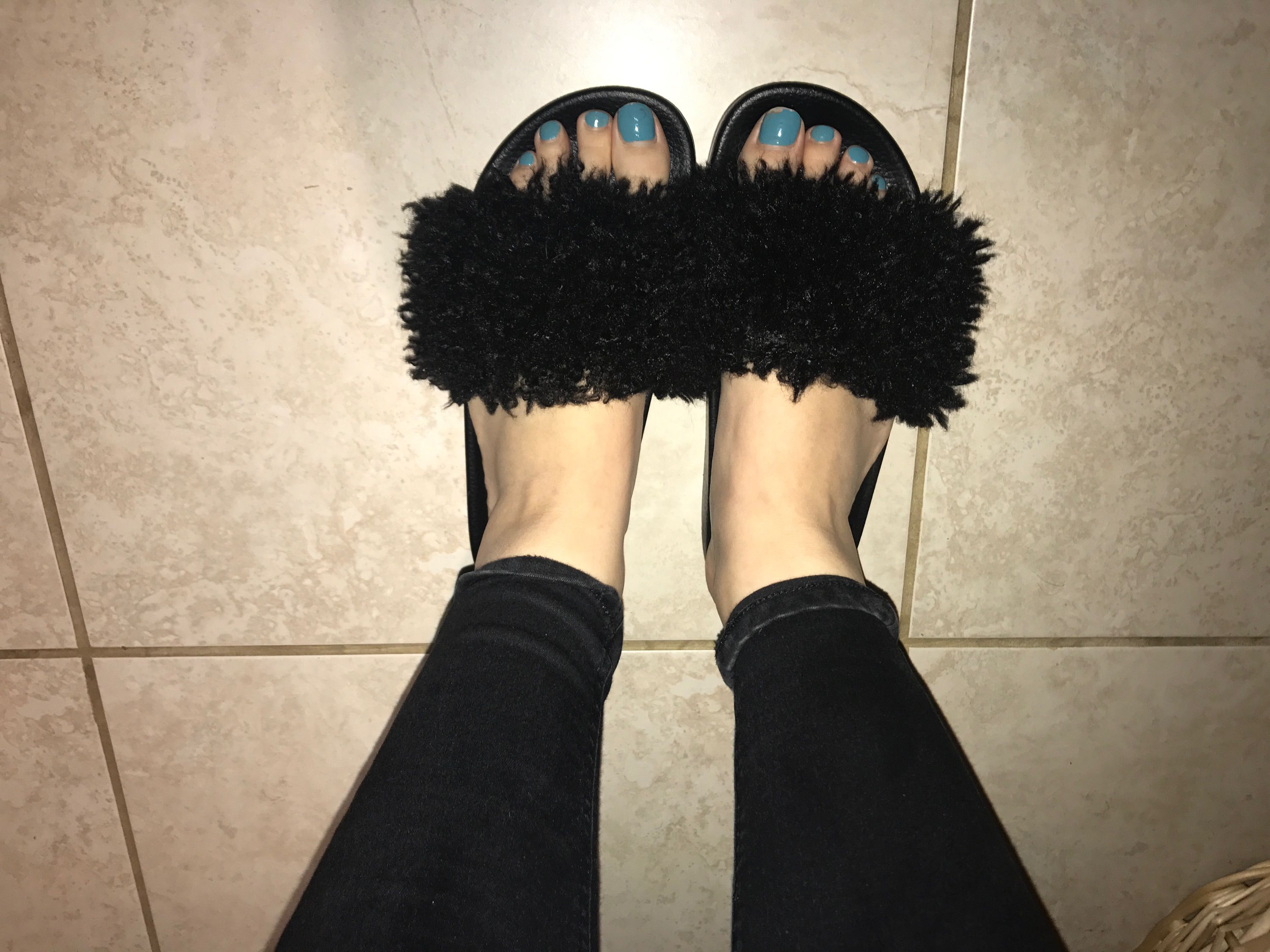 Fur-slide wearers, however, are polar opposites to their carefree, fur-less friends. These are the most basic bitches on campus, most probably suffering from a crippling Depop obsession, and never seen without a Starbucks or Kimoji-cased iPhone 8 Plus in hand. Your go-to gal for gossip and a girly chat, they mean no harm and usually have hearts of gold, however, their basic-ness and constant snapchatting of everything can be a little testing at times.

So next time you head out the house, perhaps take the time to look down at your feet and reevaluate whether your shoe choice will have a bigger impact on how others perceive you than originally thought. Bid adieu to a grim shoe and your personal hygiene levels, self-confidence, and the entire student body of Edinburgh, will be forever thankful. 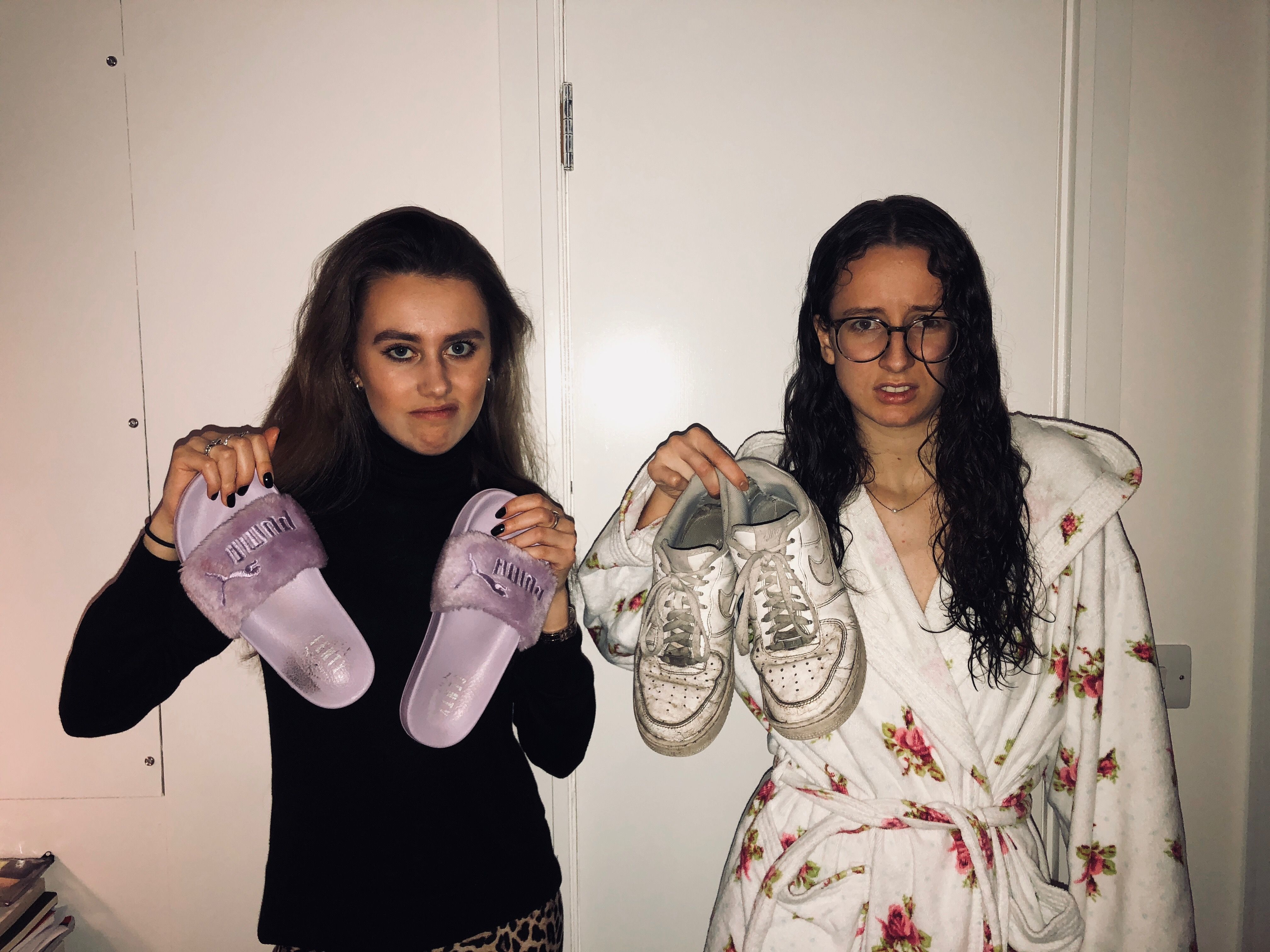 Bin time for these bad boys