It needs to be taken more seriously

The past five years or so have, thankfully, seen mental health increasingly being addressed with the vigour it deserves. Whilst still a long way off being taken as seriously as physical ailments, it is undeniable that significant progress has been made.

Sadly though, the University of Edinburgh appears to be lagging behind this nationwide trend. Last year it was reported that only 11 universities had lower student satisfaction with university mental health services than Edinburgh.

Now, given the low student satisfaction across the board at Edinburgh, maybe we shouldn’t be surprised. Perhaps we’re just an overly demanding, overly entitled bunch of prima donnas. However, what makes these figures more worrying is the fact that they have come about despite above average spending on mental health services. Clearly, something has gone wrong somewhere along the line.

Or don't, up to you really

It is clear therefore that what is needed in the university’s mental health services is a greater level of planning, efficiency, and expertise. In walks Connor Bok.

Connor Bok, EUSA Presidential candidate 2018, reckons he’s sussed it. ‘A lot of people talk about how to support mental health problems,’ Bok told The Tab. This is, of course, true – countless mental health experts have committed their lives to improving an issue that directly affects one in four people in the U.K. Connor though reckons they’re wrong – he wants to take a ‘different approach’.

What is this ingenious new approach that will trump decades of work by charities, medical professionals, psychiatrists and the like? Greater access to personal tutors. 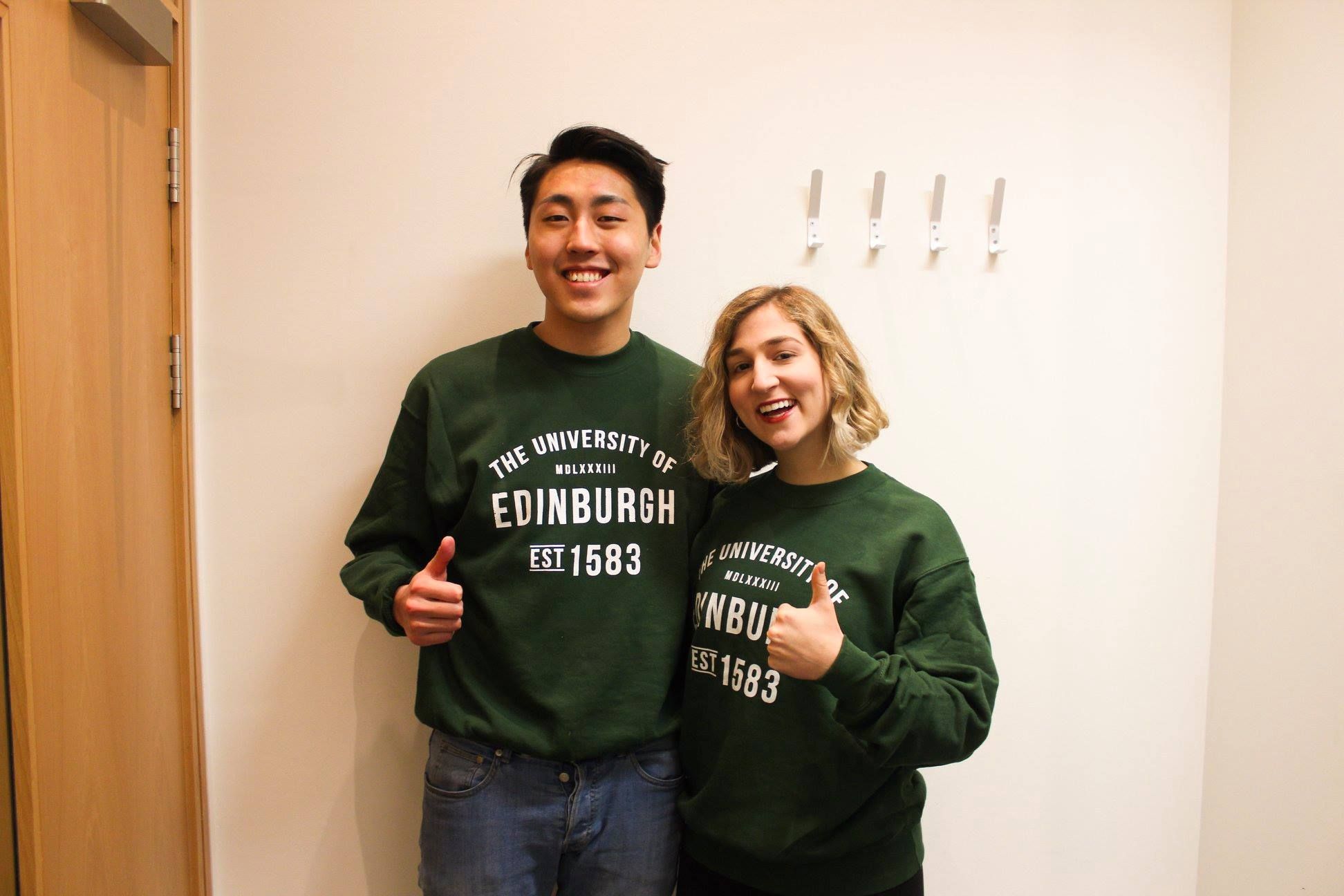 Ah yes, those beacons of mental stability, those stress busting demagogues, those experts on all things psychological. What in god’s name has chatting to an economics lecturer got to do with mental health problems? According to Connor the current lack of this service is exactly where mental health issues start, and frankly, that’s nonsense.

Clearly something does need to be done to improve student satisfaction, and quite possibly that solution doesn’t involve chucking money at the situation, but to suggest being able to talk with an expert in a completely separate field will solve such a widespread issue is preposterous.

What Connor has essentially done here is to attempt to tie his top manifesto policies – stopping the rising student numbers that have seen an extra 8000 join since 2012 – into one of the key issues of the election campaign (we'll not mention the fact that EUSA has pledged to pursue this policy already). 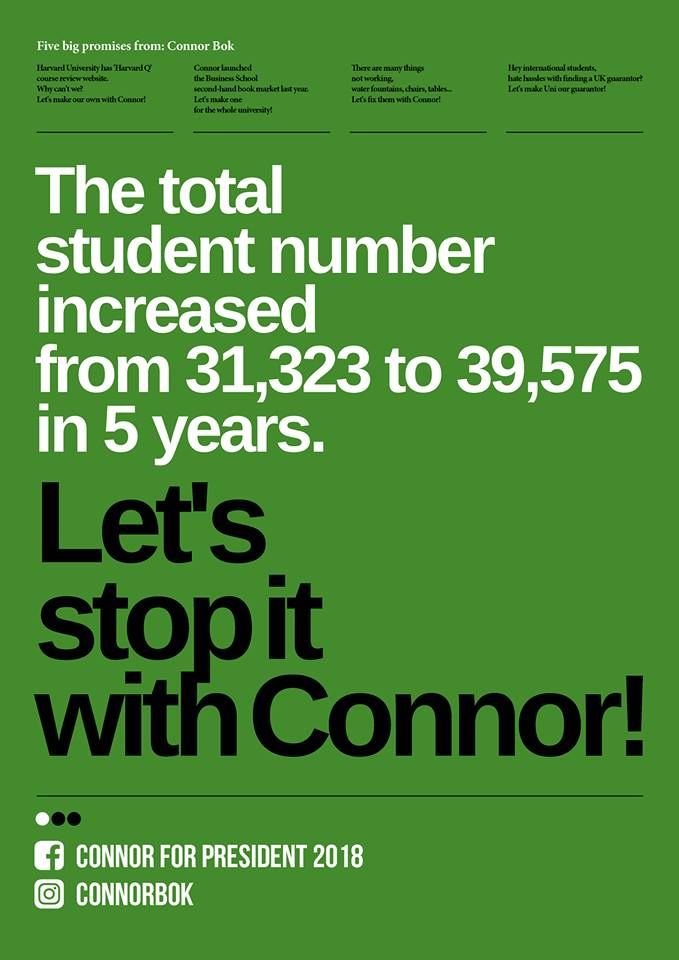 They've already said they will boss

We can’t all be experts on mental health, I know I’m not, but at least admit that. You’d gain more respect doing so than through attempting to use mental health as a tool to strengthen the reasoning for your primary policy. If Connor had come out and said ‘my knowledge on the area is limited, but clearly something isn’t working, I’ll talk to the experts and try to sort it out,’ no one would have batted an eyelid.

Instead, he chose to give off a false expertise, which could yet come back to bite him at the polls. 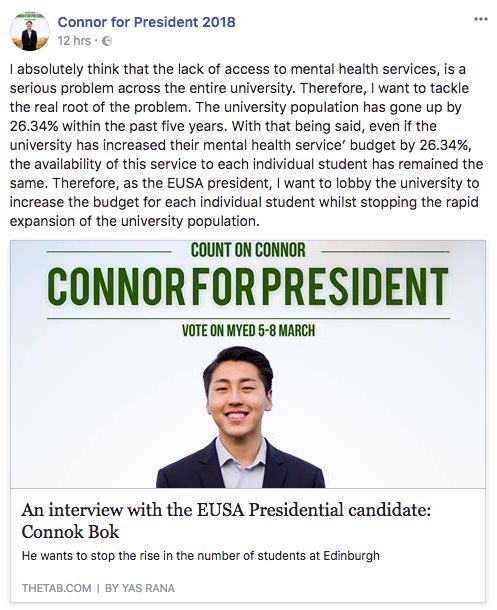