There’s a giant snowball fight happening tomorrow on The Meadows

With the gift of another snow day bestowed on us by the uni, you're probably sat in your PJs, snuggled under a blanket with a hot chocolate and unsure of what to do with all this snow. Sure, you've gone outside, built a snowman, maybe done some sledging on a baking tray and thrown a few snowballs, but by now you're thinking that it's all becoming a bit boring…

Well, think again – someone has started an event for a massive snowball fight in Edinburgh tomorrow afternoon from 14:00 – 17:00, and with already more than 2k people interested, this is sure to be epic. What better way to waste three hours of your Saturday afternoon? 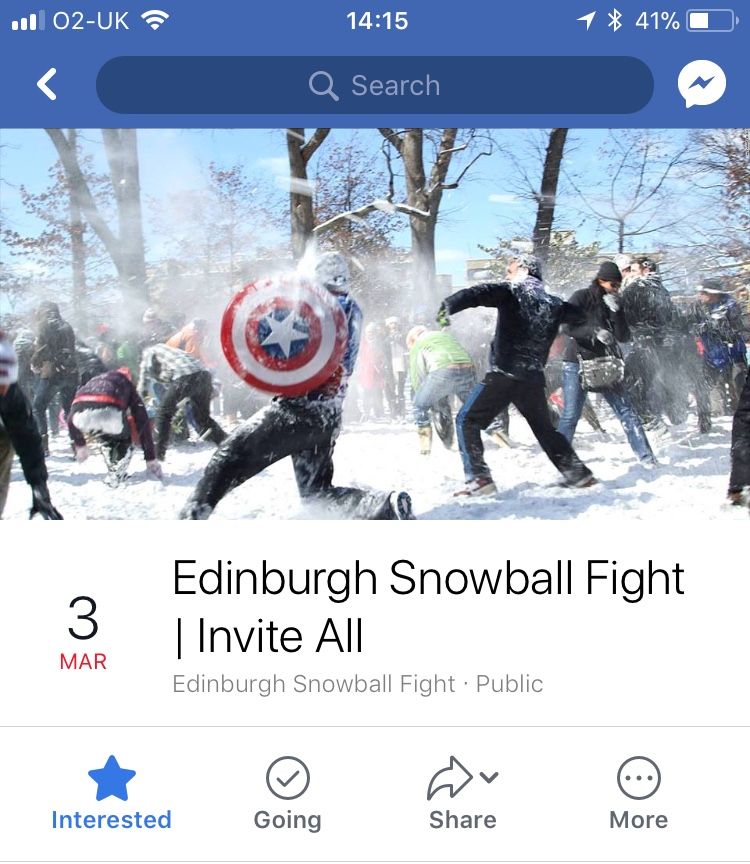 It seems that this momentous occasion could be classed as a historical reenactment, after one commenter posted about a similar snowball fight happening in 1838 which "continued more or less for two days, and was subdued only after the military had been summoned from the Castle" according to Random Notes and Recollection of Edinburgh. Hopefully this one will not require military involvement, but it's certain to be a laugh.

The event is also being used to help a very worthwhile cause. At the end of the snowball fight there will be people coming round in order to collect warm clothing, hats, gloves and soup that will then be given to help the homeless at this very difficult time.

So, if you're 'stuck' in Edinburgh this weekend and need to reignite your love for the snow, drag your friends and flatmates to The Meadows and prepare for battle!