When we met in first year, the second thing my flatmate said to me was “why the hell would anyone be vegan?” (the first had been to ask when I’d broken my nose – I hadn’t). Every time I cooked, she would poke her head into the kitchen, sniff, and recoil: “Ugh, vegan.” Therefore, it came as something of a surprise when she announced that at the start of second year, she herself was going to go vegan. Unsurprisingly, the first week was a bit of a roller-coaster. 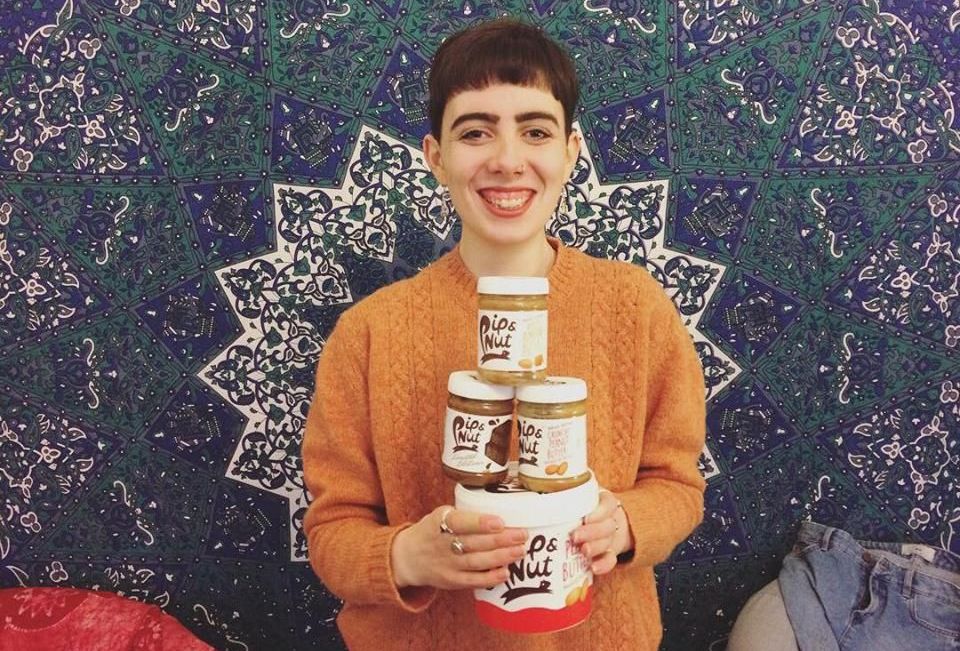 Me plus some of my "ugh, vegan" favourites

“Can you come shopping with me and help me find all your weird vegan stuff?”

A year into our friendship, and quite used to being insulted, I amenably obliged. We set off with our environmentally-friendly tote bags. “I feel like such a student stereotype, oh my god” she whispered, gesturing towards her the tote bag and her “FEMINIST” jumper, unable to comprehend that we were about to set foot in a health-food shop.

One of her main concerns she had about with eating vegan was how expensive she thought the food was going to be. However, much to her surprise, we found all of our shopping in Lidl and Tesco. The only pricey item we bought was the chocolate oat milk from the health-food shop. 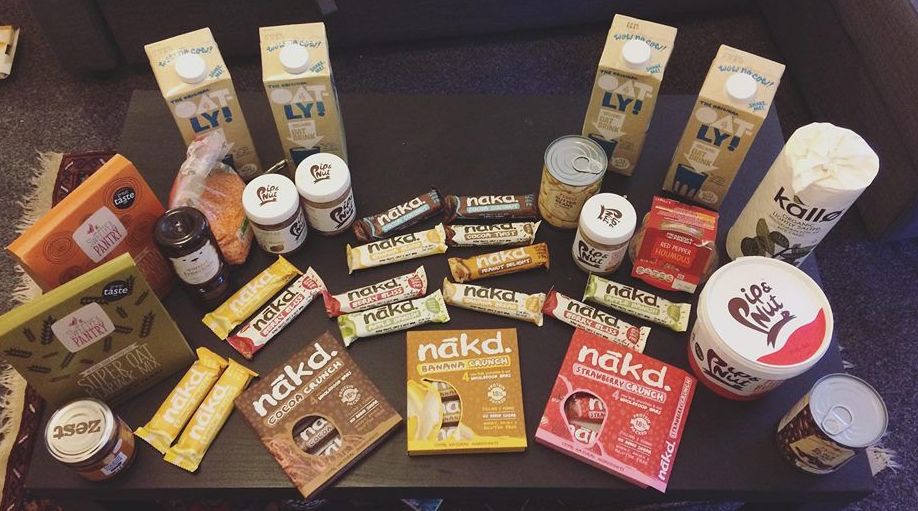 “You know, this stuff actually tastes less like betrayal than I thought it would.”

We’d just made a lentil spaghetti bolognese and were sitting on the sofa together, binge-watching Netflix and having our second ever vegan dinner together. She looked less apprehensive about the vegetables this time, and even went back for seconds.

“Oh god, I miss prawn cocktail crisps. I never appreciated how wondrous they were while I still had them. How does anyone do this?!”

I was greeted by this, and my flatmate rolling around, presumably in despair, on the living room floor when I got back from a day at classes (this sounds like an exaggeration, but sadly it is not). It seemed the withdrawal symptoms had kicked in. However, things were quickly remedied by my explaining that actually, prawn cocktail crisps are vegan.

She seemed much less distressed when I went out and bought her some, and after I reminded her that not everything has to be labelled vegan and be in the health-food aisle to be vegan. After this revelation, many Oreos and Skittles were also bought. 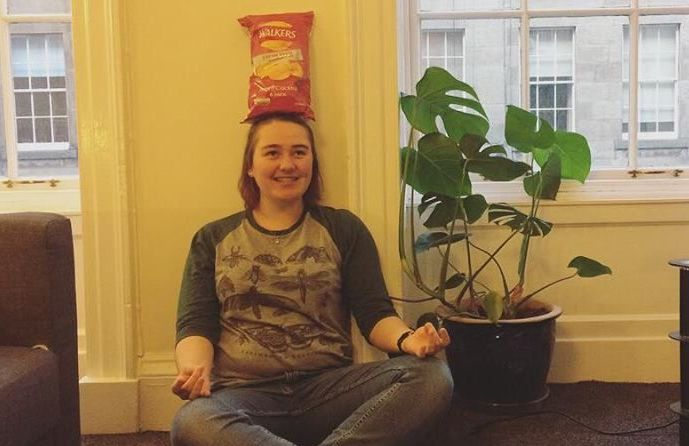 All hail the mighty prawn cocktail

The look of pure disgust on my flatmate’s face as she chewed her first mouthful of fake cheese from Sainsbury’s is one I will treasure for a very long time. Unfortunately, I had to agree with her. It is something I had learnt the hard way. There are some delicious vegan cheeses out there, but the bad ones really do bear an unfortunate resemblance to the odour of feet.

The phrase “I think I’ll stick with lentils” was not one I had ever envisaged coming out of the mouth of the girl who I’d seen on numerous occasions devour a whole packet of cocktail sausages in under five minutes. 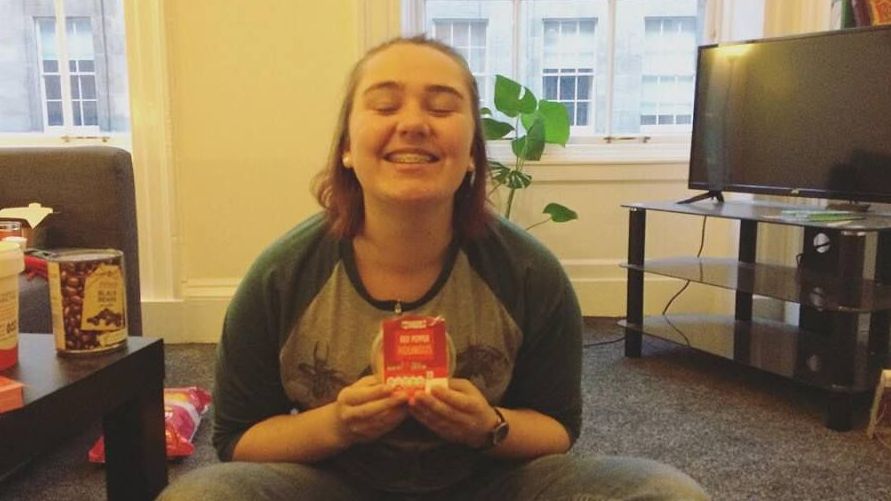 Red pepper hummus is the nectar of the gods

“Oh god, my boyfriend is going to mock me forever when he finds out you’ve converted me.”

“I can’t believe I’m going to say this, but I just don’t like the idea of milk anymore. Even if I don’t do this vegan thing forever, I don’t think I’ll ever go back to dairy. I think you’ve corrupted me.”

This was said on an 8:30pm run to Tesco, during which we purchased six cartons of oat milk (three regular, three chocolate), and received a questioning look from the cashier. It probably didn’t help that one of us was wearing pajama bottoms, and the only other thing we purchased was an aubergine. 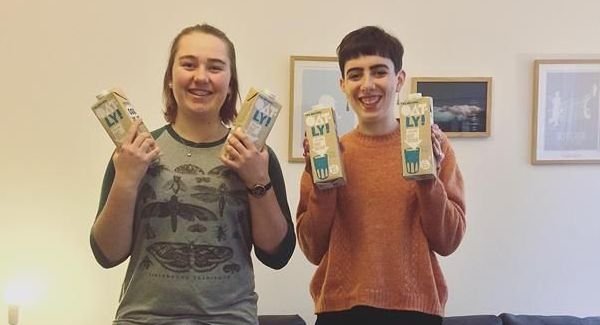 No we don't have a problem

“What the fuck is tofu actually made from?”

Admittedly, there are some things that even after three years of being vegan, you still don’t have answers for.

After the first week, eating a vegan diet just became a habit for my flatmate like anything does. We agreed to forget the Domino's pizza incident.

I no longer came home to her rolling around on the floor and mourning the loss of non-vegan snacks in her life, or had to answer questions about the origins of tofu. Instead, we coexist in vegan harmony, aside from some very territorial behavior about hummus, and she has found new things to mock me about.