It has over 3000 signatures

Following the recent petition at the University of York to refund tuition fees to students affected by the upcoming UCU strikes, a student at Edinburgh has created one for us to sign too.

The petition, which was posted on change.org only last week has over 3,200 signatures to date and is growing by the hour. 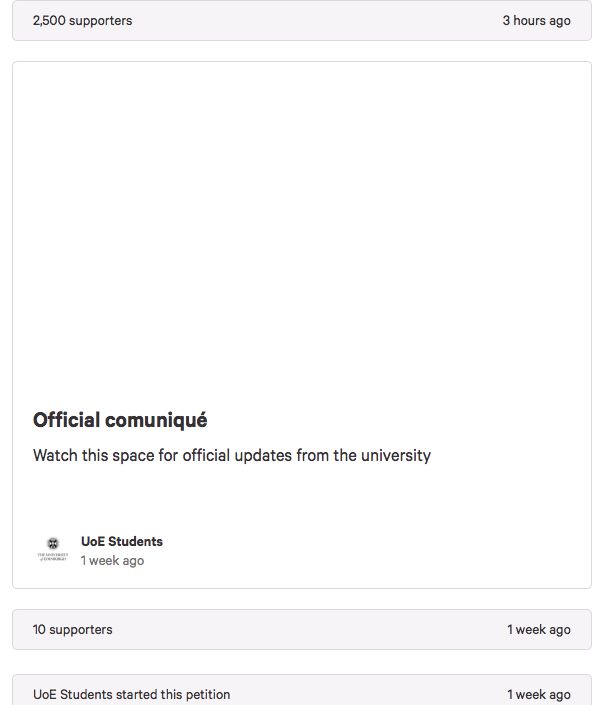 The creator, UofEstudents, hopes to raise enough signatures to demand the university to refund the apparent £81 per day of education that students will be losing. With a student population of 39,000 across all years of study, the petition highlights that just under ten per cent of students feel that they should be compensated.

Despite the growing number of signatures, people showed a general approval for strike action, but that the lack of educational support for students was deemed unjustifiable. Additionally, supporters of the petition were quick to recognise the ironic discrepency between the new Vice Chancellor's salary and the cut of up to £10,000 from staff pensions. 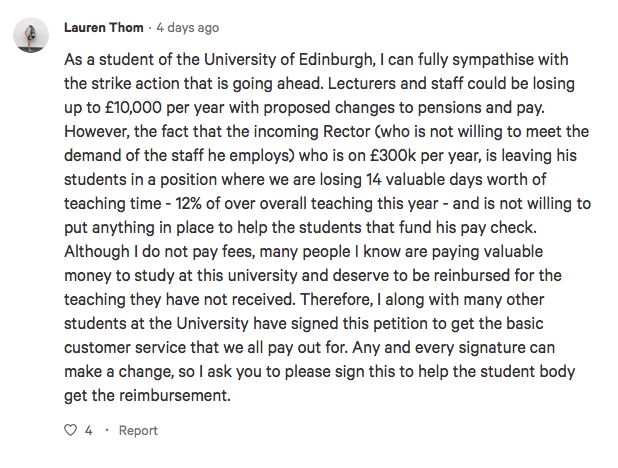