Has anyone realised that the doors around Edinburgh Uni NEVER seem to be working?

When one door closes, another usually remains closed

It was perhaps apt that on arriving at my Personal Tutor's room, primed and ready for my first University meeting I should have pulled the handle straight from the door. He apologised and explained the door was broken. Little did I know that this would be the rule, not the exception on campus.

Before long I was being taunted by doors on campus.

The block door at Robertson's Close often refused to open and during my first week of lectures the automatic door to the DHT lecture theatres ceased to function.

This particular door has haunted almost everyone in George Square, and students may be seen puzzlingly and repeatedly doing an almost cha-cha slide motion in an attempt to appease it before moving to another door. 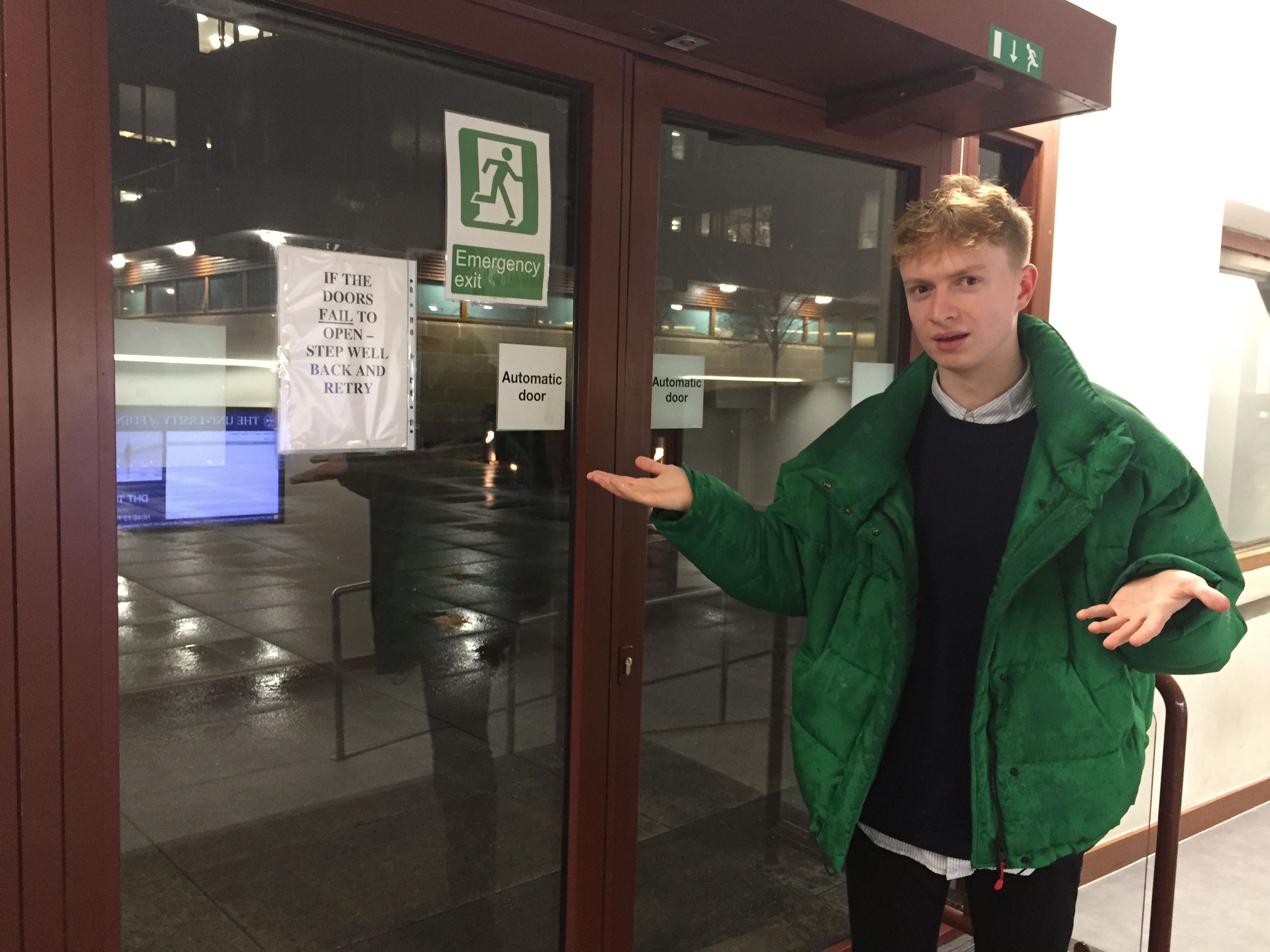 The doors did in fact fail to open.

Yet fate once again hinged on a bad door as the door next to the DHT lecture theatre main door decided it would become temperamental, only opening on rare special occasions or after repeated attempts. Most times though, it remained door-mant and now students had a mere 33 per cent chance of selecting an opening door into DHT.

Next, in a sort of Black Mirror style mundane thriller-less coordinated door sabotage, the William Robertson doors converted from automatic, to not working, to button operated.

This change in states has caused the regular sight of bemused Classics students engaging in an odd ritual of attempting to open the door, before watching a more savy and more experienced Edi student press the previously unheard of button for entry. 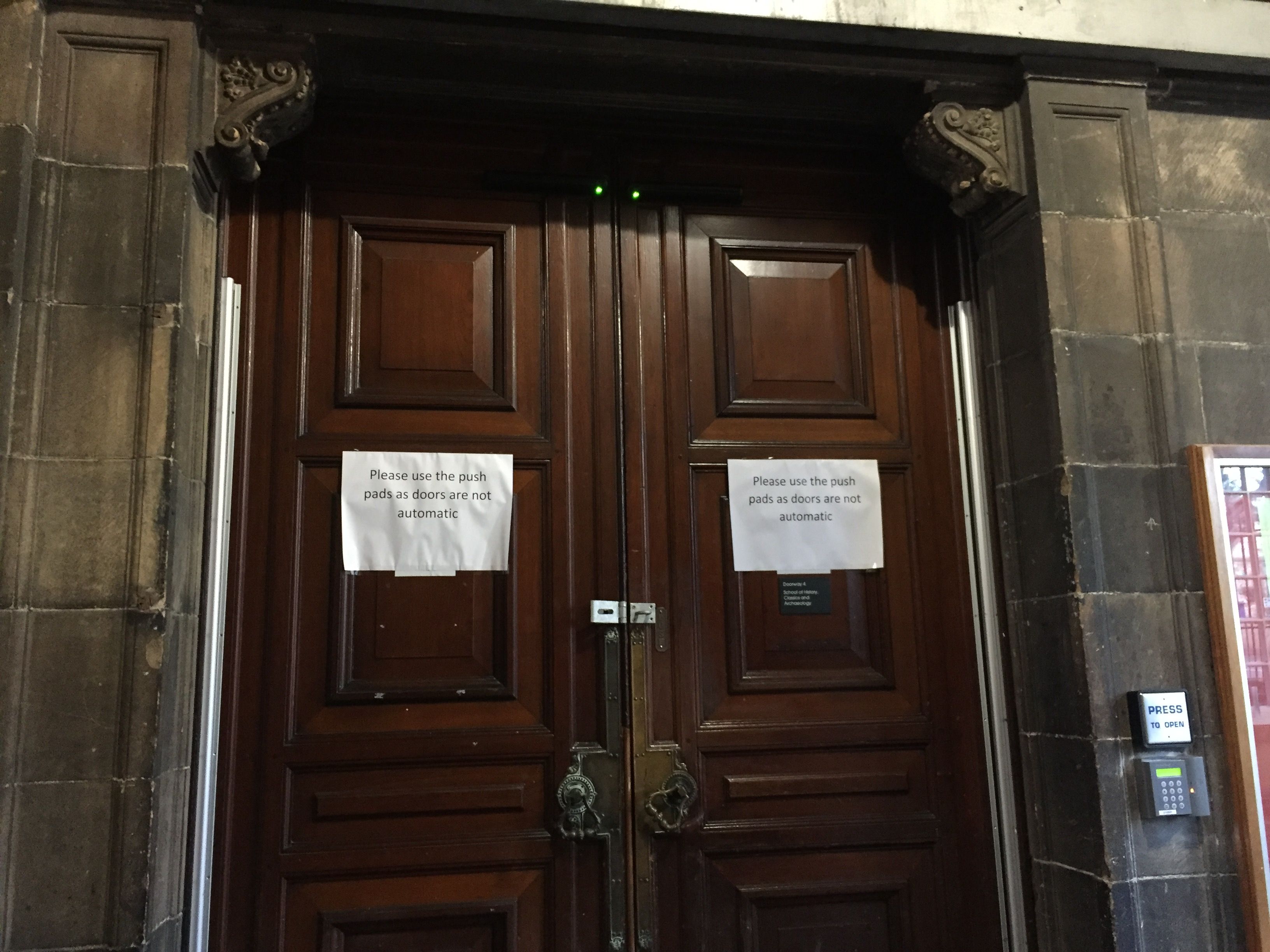 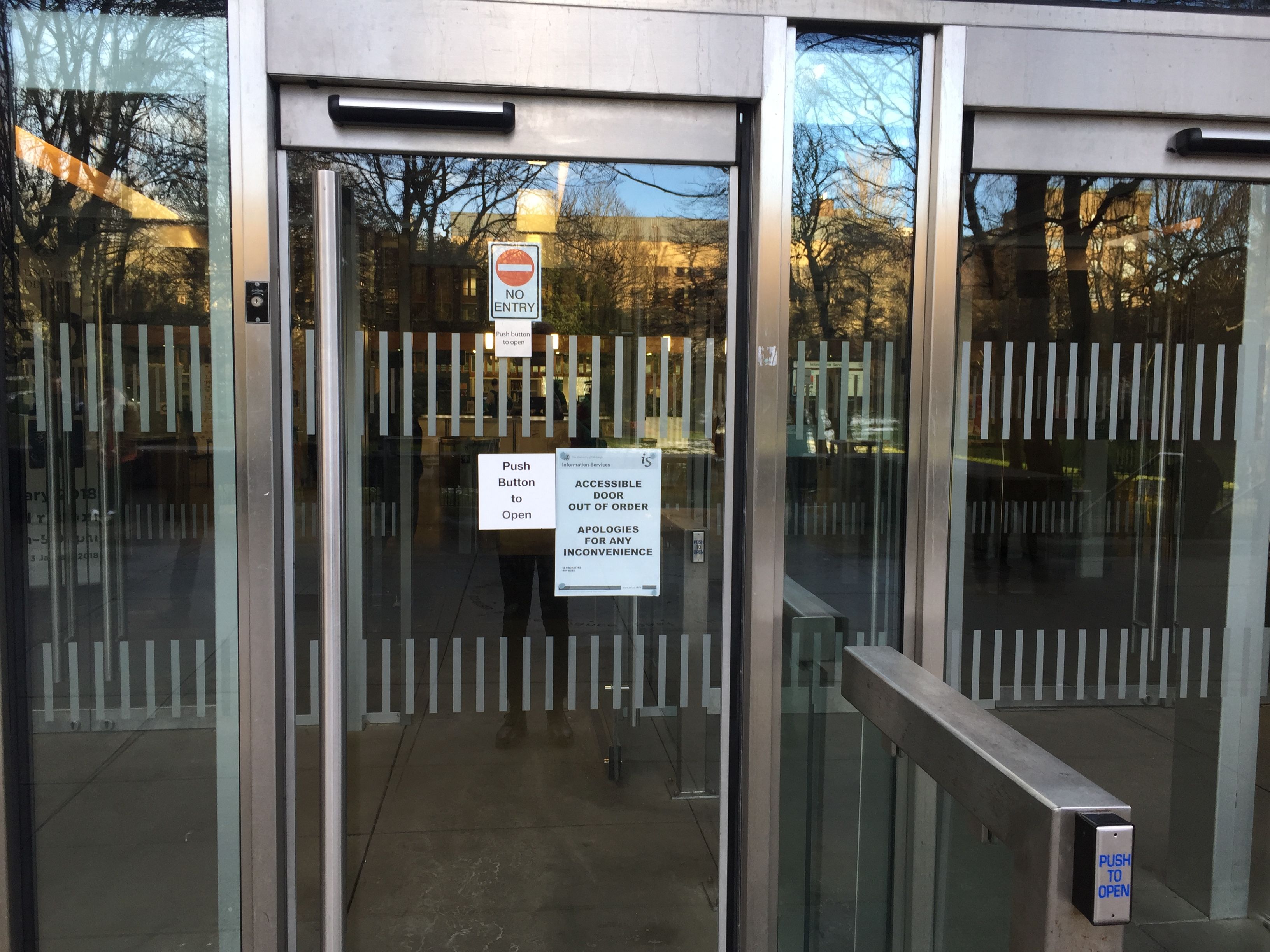 Push button to open? No Entry? Out of order?

I saw doors that no-one seemed to use, an odd scan in door around the side of the library. The death trap wooden blender attached to the front of the George Square Lecture Theatre. A door in the William Roberson wing read 'DO NOT USE THIS DOOR' and the previously trusty 50 George Square automatic door refused entry. 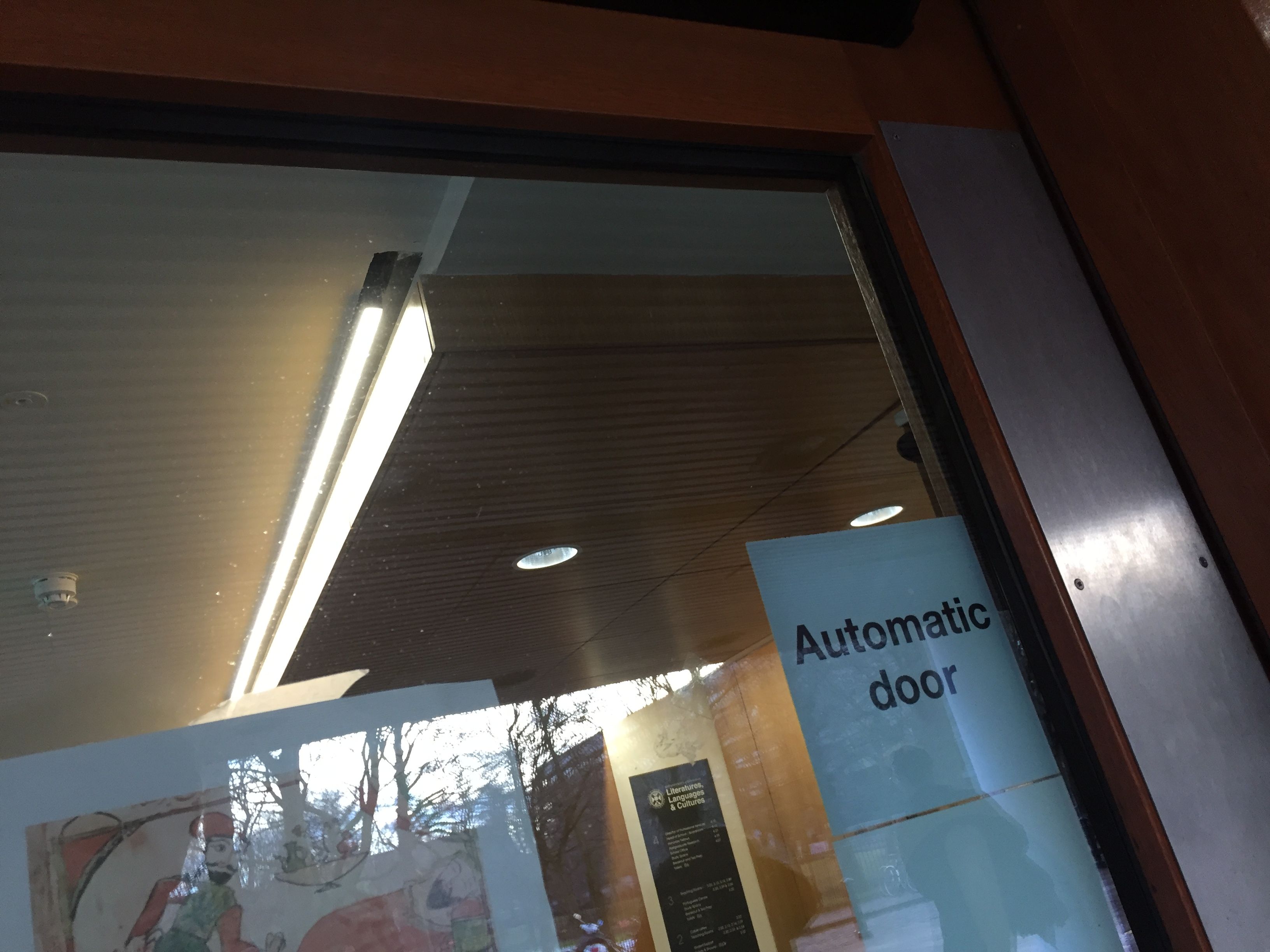 Before long I was hearing reports of broken doors from far flung campuses, places known as the 'King's Buildings' or 'ECA'. This confirmed an Edinburgh wide door catastrophe.