Just when you thought nothing could draw you away from deadlines and dissertations, a load of Australian fitties from the Australian rugby team rocked up to Pleasance gym this morning.

Just as their neighbours New Zealand were spotted in Pleasance last week, the Aussie team were there in preparation for their Autumn test match against Scotland this Saturday. 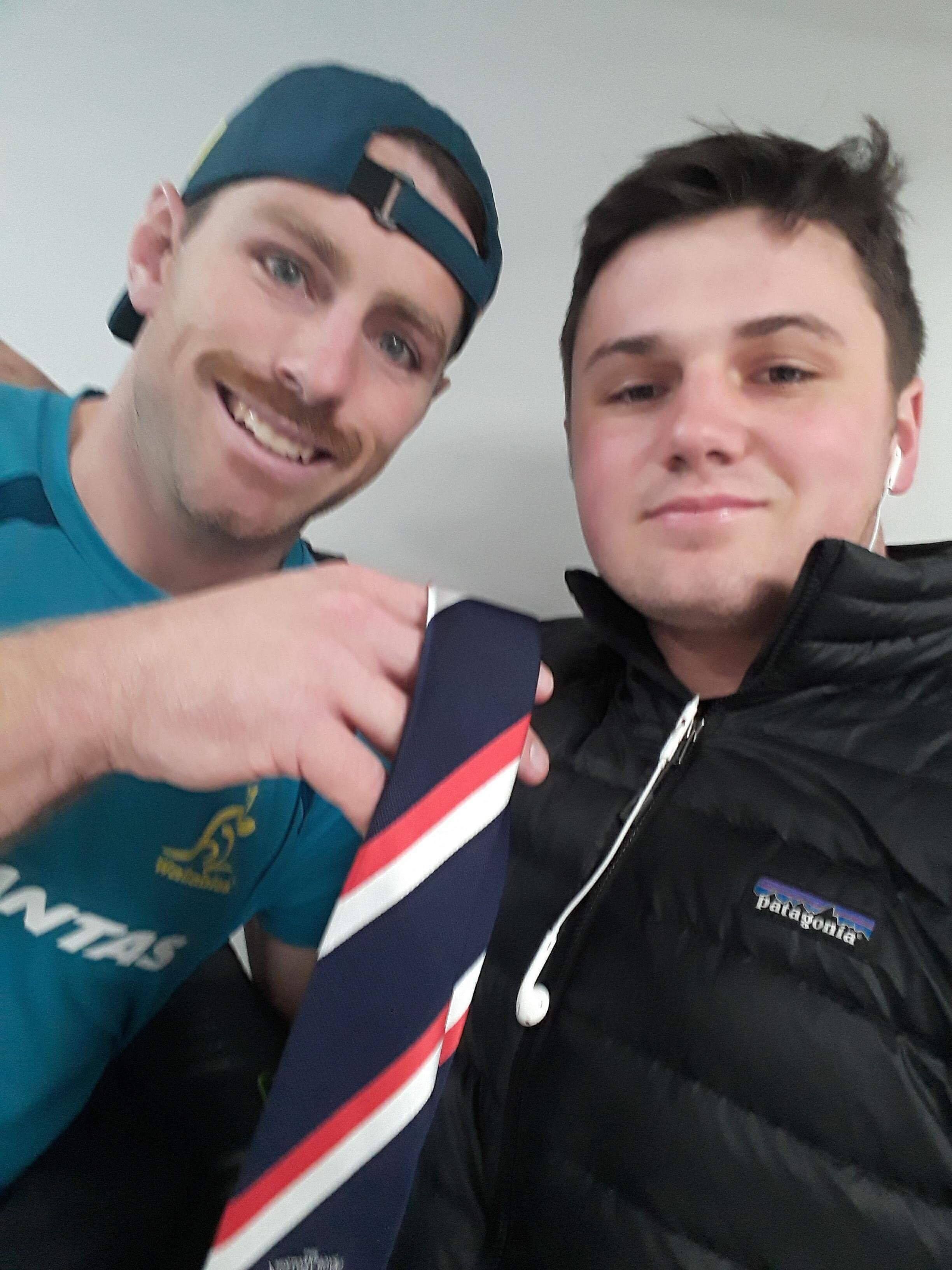 complete with the history boys' tie

Scrum half Will Genia and fly half Bernard Foley stopped to pose for selfies with fans in between deadlifts.

Keep your eyes pealed for the team around Edi this week in the lead up to their test match. You may even catch them at Creme on Wednesday- they're rugby lads after-all.