A four-figure sum of cash has apparently gone missing

Edinburgh Police have launched an investigation after a robbery took place at a pub on Forrest Road last night.

At around 12.45 AM on Monday night, a 43-year-old man was working at the premises of Doctor’s Pub on Forrest Road, situated opposite Bristo Square, when he was confronted by two men.

The pair then threatened the staff member before running off with a four-figure sum of cash and entering a black cab at the corner of Forrest Road and Teviot Place. 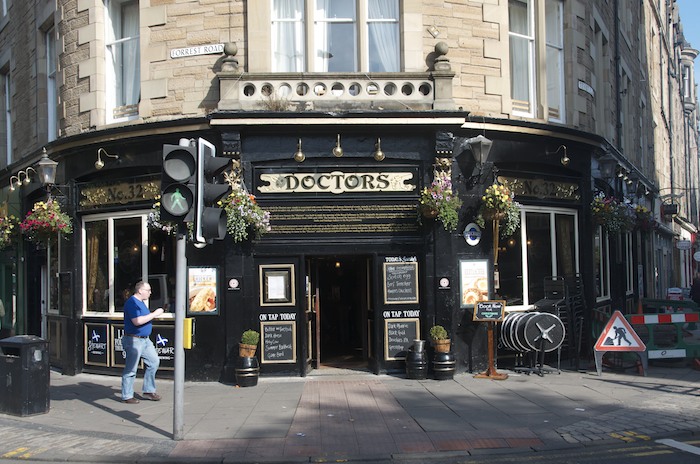 Police are asking anyone who can assist with the investigation to come forward. The first suspect is described as white, 6ft tall with a slim build and wearing a navy hooded top with a green baseball cap. According to sources, he spoke with a Scottish accent.

Speaking to Edinburgh Evening News, Detective Constable Kevin Walls from Corstorphine CID said “This would have been a very frightening experience for the staff member, and while no weapons were used or presented, the suspects made him believe they were in possession of something.”

“As part of this inquiry, we would like to speak to anyone who was around the Doctors pub in the early hours of Monday morning and remembers seeing anything suspicious. In particular, we’re keen to trace the driver of the black cab, which picked the men up after the robbery.

“This individual, and anyone else with any relevant information, is asked to contact police immediately.”

Those with information can contact Corstorphine CID via 101. Alternatively, an anonymous report can be made to the charity Crimestoppers on 0800 555 111.