You might recognise Ella Wills as the perfectly put-together blonde in your Economics lectures. Or perhaps you’ve admired her her from afar in the girls bathroom in Bourbon.

With her stellar first appearance in E4’s Made In Chelsea, and an ability to withstand the Watson eye-roll (you know the one), it is no surprise that Ella’s insta following has increased by nearly 900 per cent since her debut a month ago. And, while Ella may have snuggled down with MIC’s ever-adorable Julius, it appears that everything is taking off for this Sloane Ranger.

So, we sat down to find out how Ella balances her time on MIC with life in the EH3 in this exclusive interview. 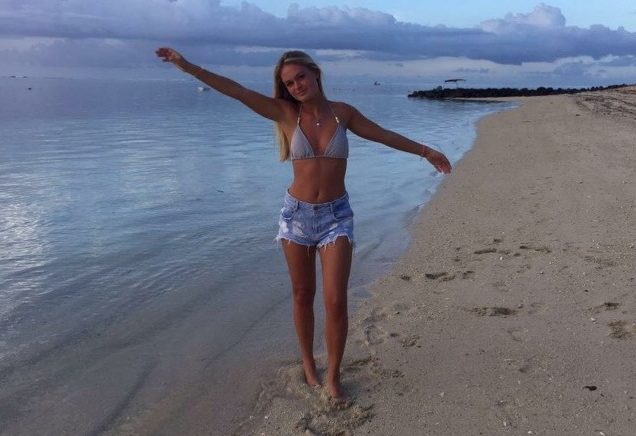 So Ella, it must be pretty hectic filming and having deadlines, how do you balance Made in Chelsea with uni in Edinburgh?

During term time I travel between Edinburgh and London roughly once a week. I usually get the train down to London on a Thursday afternoon and come back up to Edinburgh on Tuesday mornings and go straight to university from the station! It is tiring but I love doing both so I make it happen. 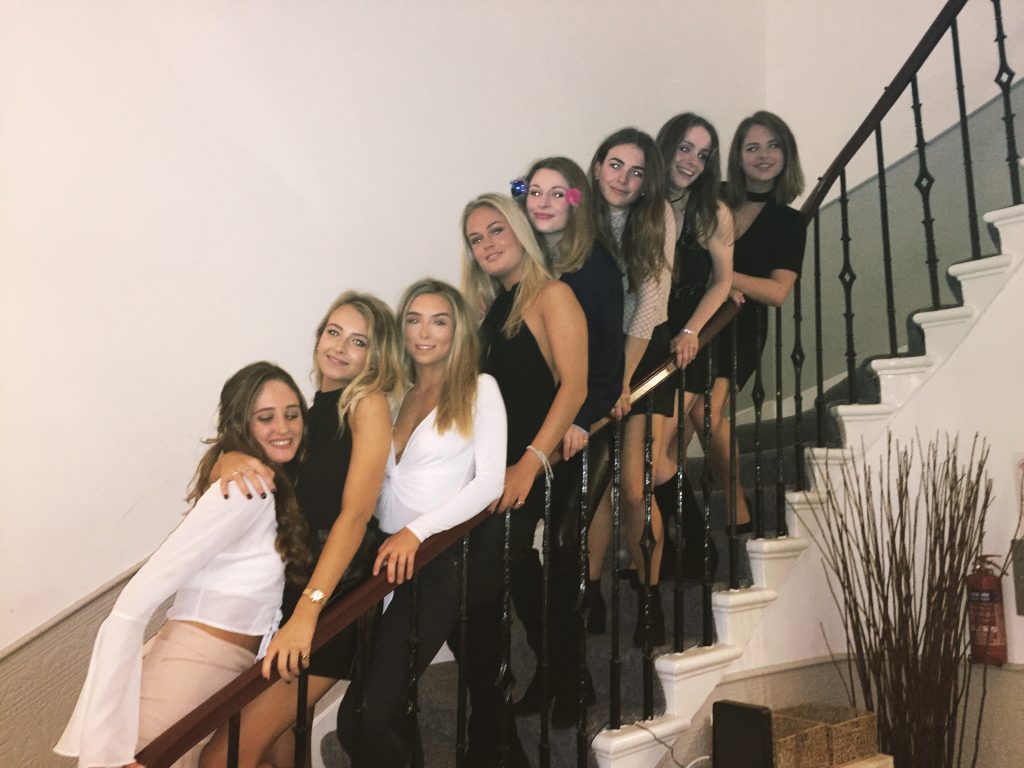 Ultimately my priority is university, I like doing things and being busy. I want to look back at my life and be happy that I made the most of opportunities.

That’s crazy, how has your life changed at all since appearing on MIC?

I’ve learnt to manage my time better and to be more organised. My friends and family have been amazing, they have been really patient with me. I sometimes get recognised on the street which is quite a weird feeling. Apart from the obvious not that much has changed, I’m still Ella! 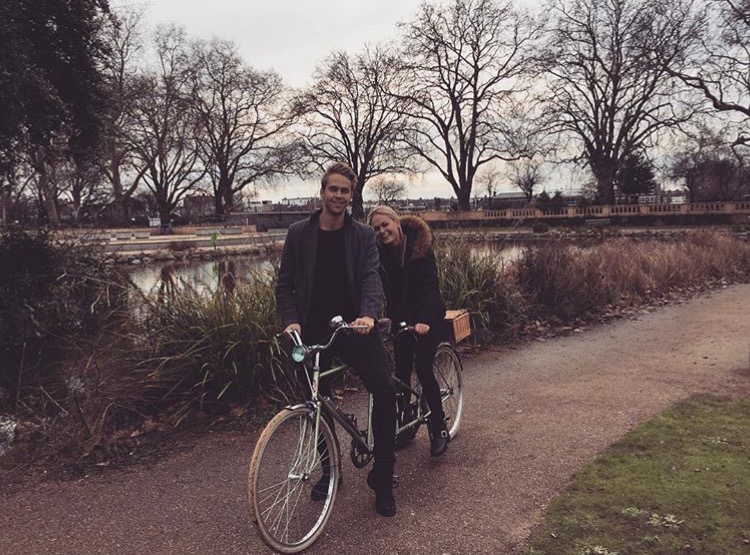 Quite the gal, Ella balances filming, uni and a budding romance

What has the response in Edinburgh been like since appearing on the show?

My flatmates in Edinburgh have been super supportive. I didn’t actually tell many people about joining the show, so I think it was a surprise to many, particularly at university. I remember walking through George Square just after the press release and getting a few stares. I look forward to going back up in Easter, but I think everything will be more noticeable in September. I can’t wait!

I hated it the first time and I’m still getting used to it. I never expected to see my face on TV, it is all very surreal, but an amazing experience so far. I have had a lot of messages from my close family and friends commenting on how weird it is. Some of my old school friends don’t really seem that surprised which is hilarious. 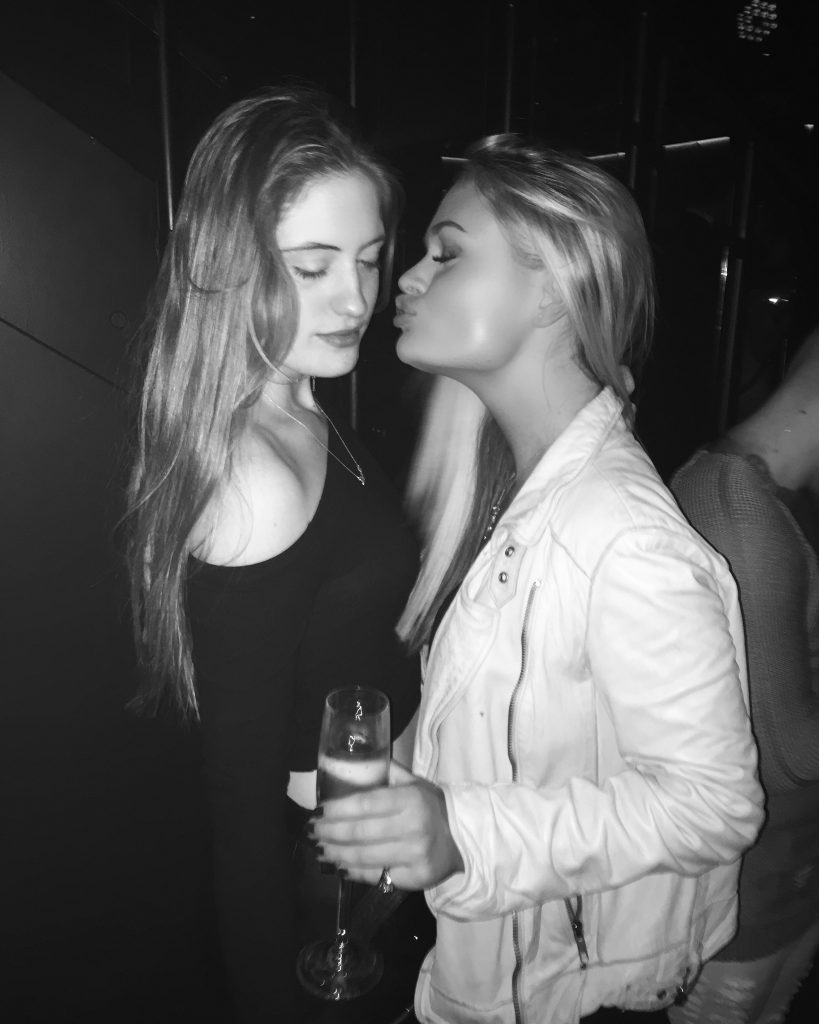 Ella and her best friend Harriette

What’s it like watching the conflicts play out on the TV?

Very interesting because the conflicts which happen are so real, and often fresh, and it is fascinating to see how different people handle high pressured situations, especially on TV. I found it really strange arguing on TV, it’s more intense because you know there is a camera watching you. 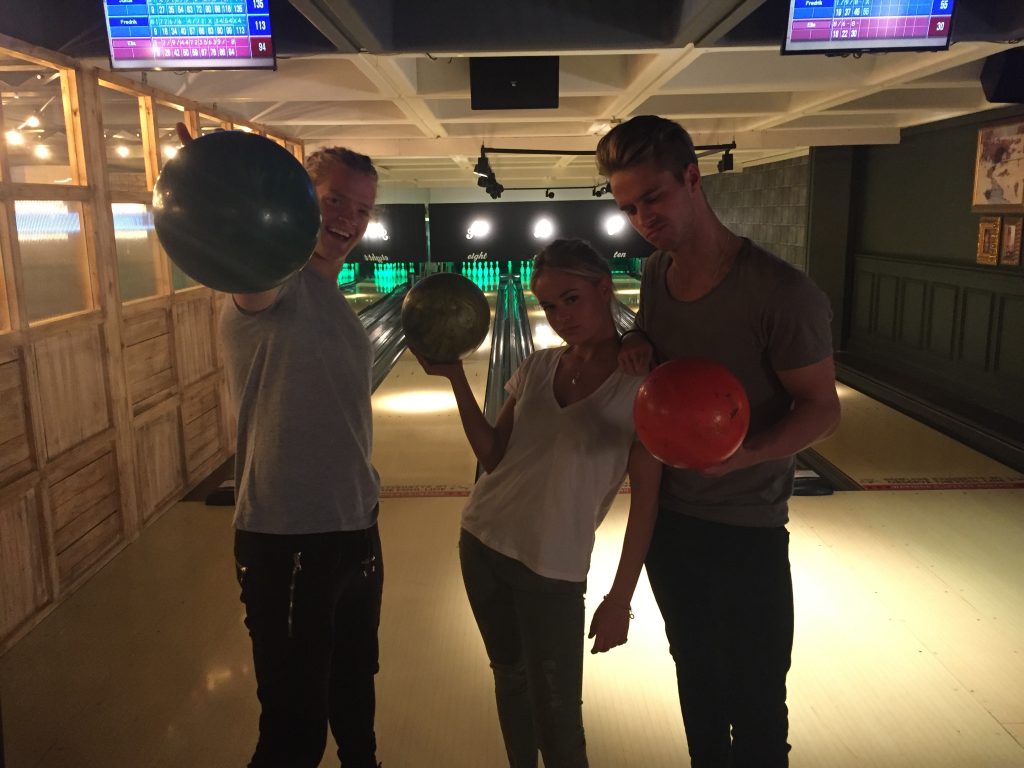 Who in the cast are you closest to/ get along best with?

Relationships change quickly on the show, but right now I am really getting along with Julius, Fred, Mimi and Toff. They’re awesome people.

If you could describe this season in three words what would it be? 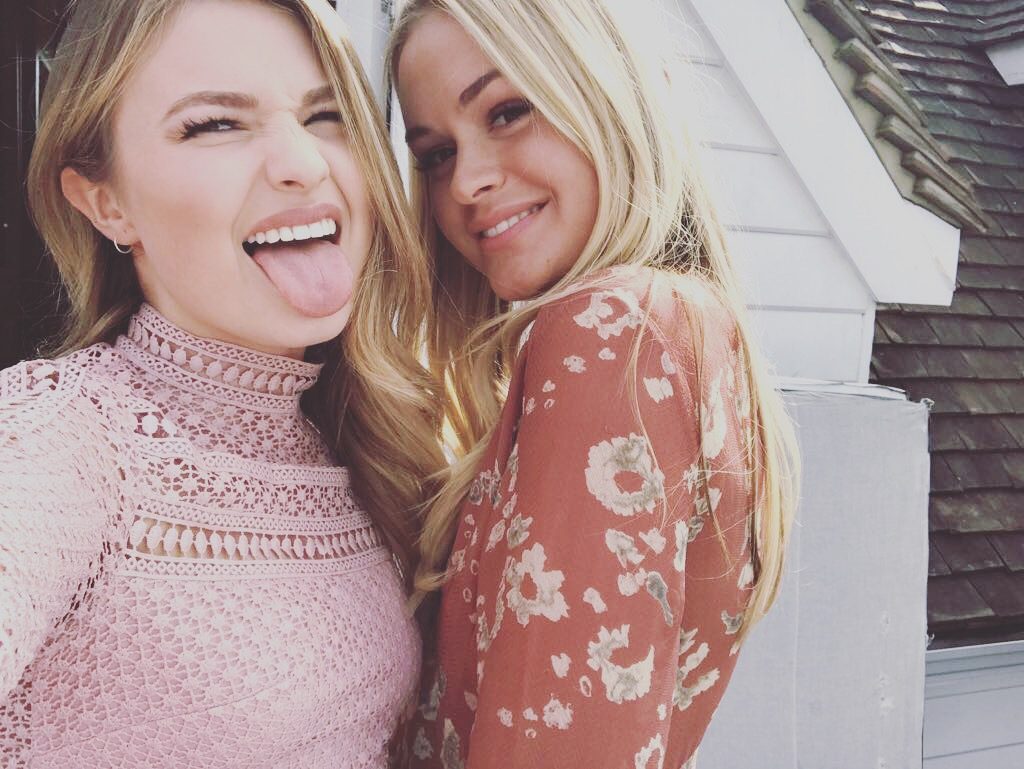 How hard is it to not tell your friends and family what is going on in the show?

Pretty difficult, especially when things are bad and all you want to do is talk to those closest to you. Sometimes they are other cast members. I talk about the show to my mum a lot, she loves listening and I love telling her.

What is the maddest thing that has happened in your personal life since signing up for MIC?

I have received some really nice things for free, that’s quite crazy!

What is your signature look?

Black jeans, a cute top, Jimmy Choo biker boots (or converse), a bit of fur and my burgundy Chanel bag. If I can get away with it, I prefer to dress chilled. 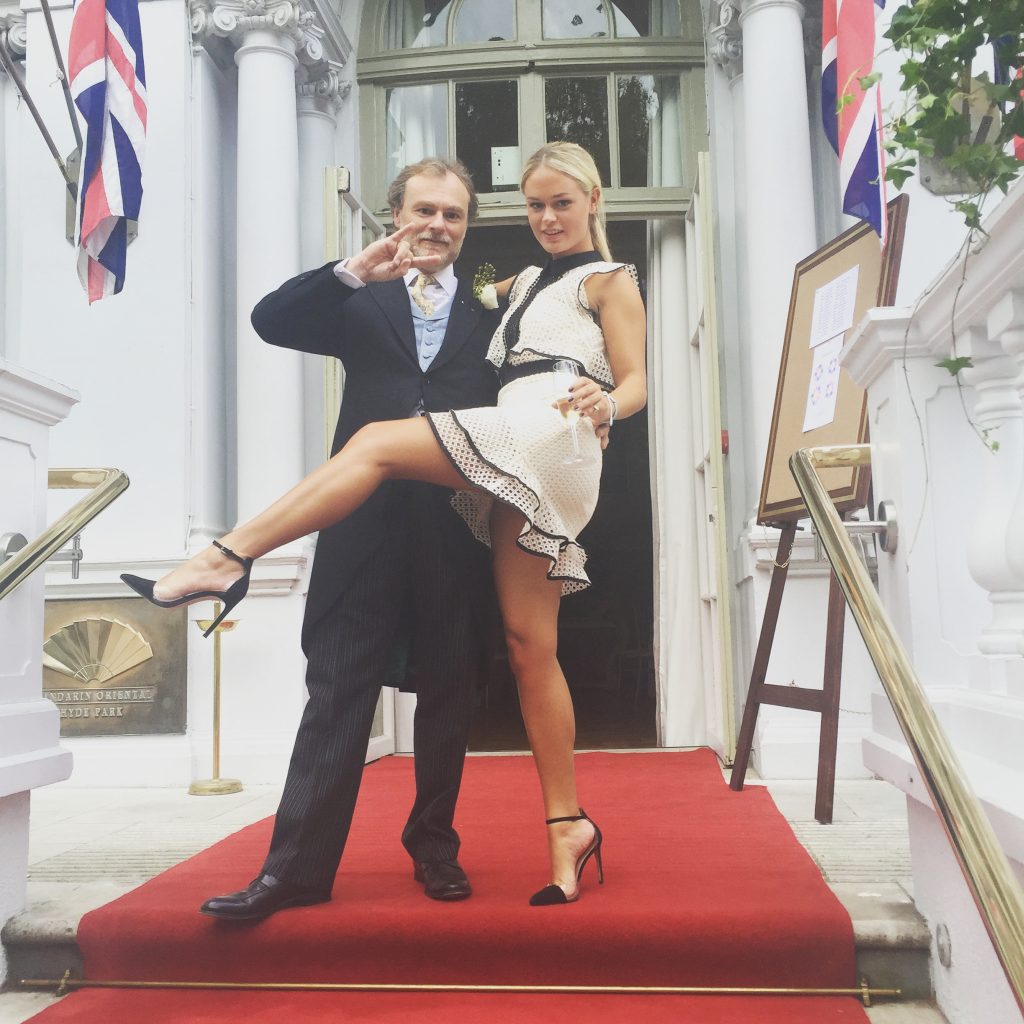 “I have a good relationship with both parents, but I’m probably more of a daddy’s girl”

Your style has been so cute so far, what’s your favourite clothing store?

I have lots of favourites. I love Zadig and Voltaire, Zara, Maje and Sandro.

What is your favourite night out in Edinburgh?

Thursday nights at Bourbon obviously! Although I haven’t been out for a while. 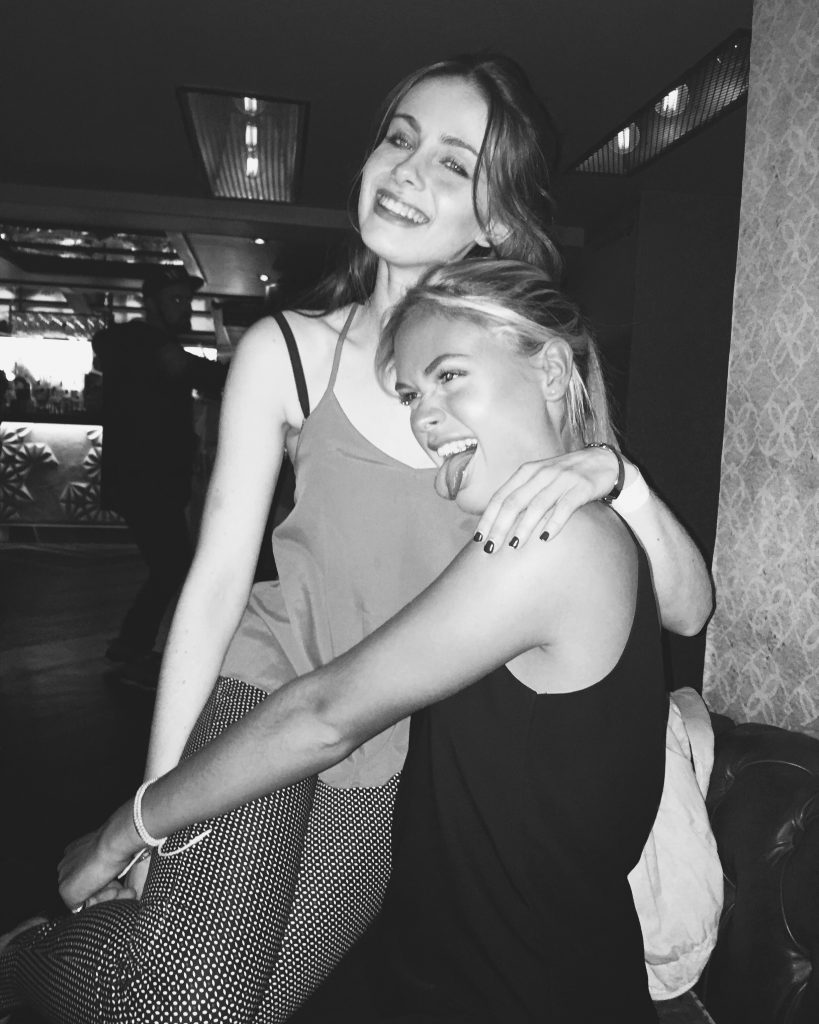 What is your go-to drink?

A gin & tonic, but if I am feeling fat I will drink vodka sodas.

What three things can’t you leave the house without?

Catch Ella on Made in Chelsea Mondays at 9pm on E4.