We were higher than Harvard

The usual suspects can be spotted in the top 10 with Imperial College London leading the way in 5th place, Oxford in 6th, closely followed by Cambridge, UCL, and London School of Economics. But importantly for those interested in the Scottish rivalry, Glasgow only sits in place number 19 and St Andrews didn’t even make the list. 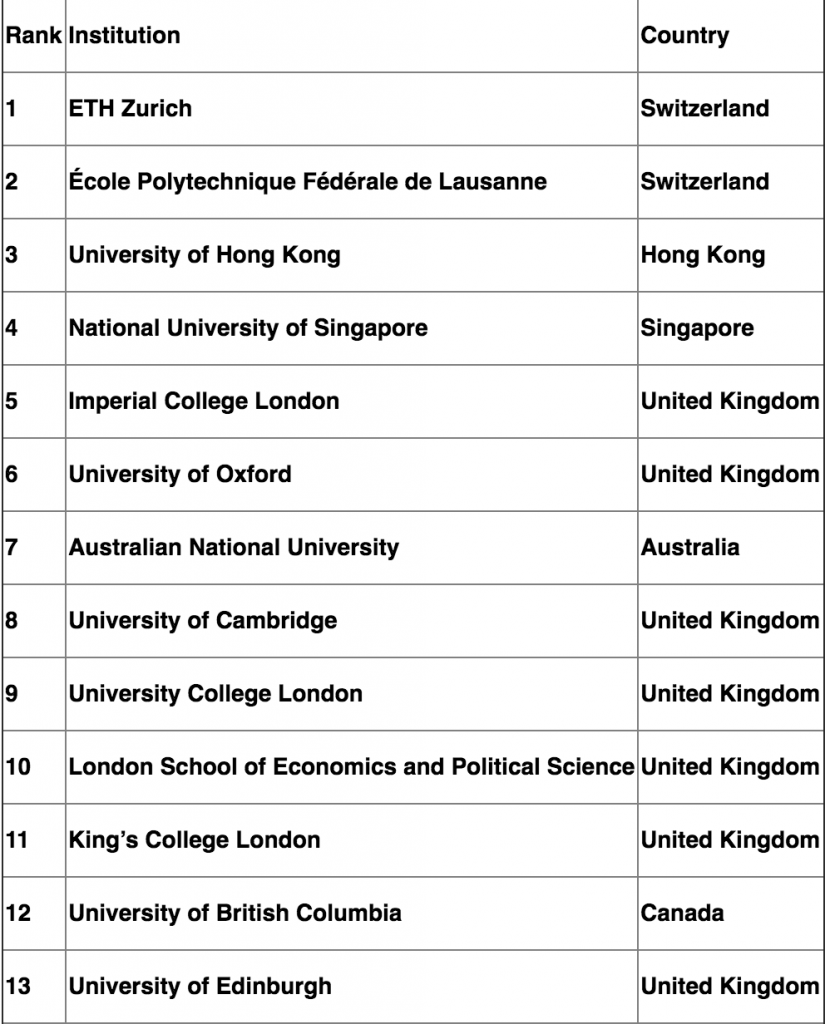 Lino Guzzella, president of ETH Zurich, the most international university in the world, noted that “it is simply not possible to achieve high levels of excellence without being open to the world.”

The Times Higher Education World University Rankings editor, Phil Baty, notes that changing global attitudes towards immigration could have a profound effect on university rankings by changing “the flow of global talent and shift[ing] the world balance of power.”

Seems to me that America is already a less desirable destination so maybe this is the future, where Edinburgh uni places 20 spots higher than Harvard.