From releasing sloths into the Amazon jungle, to patrolling a tropical beach at 3am looking for turtles, my year abroad is better than what ever placement or Erasmus exchange you’re doing.

When it came to planning a year abroad, I decided that neither working or studying were the right options for me. I can’t believe how few students realise that there is a third option – gap year. Studying Spanish, the natural destination would be Spain, but I don’t like tapas or Spanish people.

That left me with Latin America, which provides a wide choice of locations and activities. I found an agency at a ‘year abroad fair’ in Potterrow and they told me about volunteering with animals in Latin America. I spent a while deciding between various options, and eventually opted for volunteering in a turtle sanctuary on the coast of Costa Rica and helping in an animal rescue centre in the Ecuadorean Amazon, spending two months at each project.

In Costa Rica, I lived in a hut with the other volunteers which was about 20 metres from the beach. We spent three hours a day working to maintain the centre, using our free time to eat and relax on the beach. Every night we had a three-hour night shift, patrolling the beach looking for nests of turtle eggs. 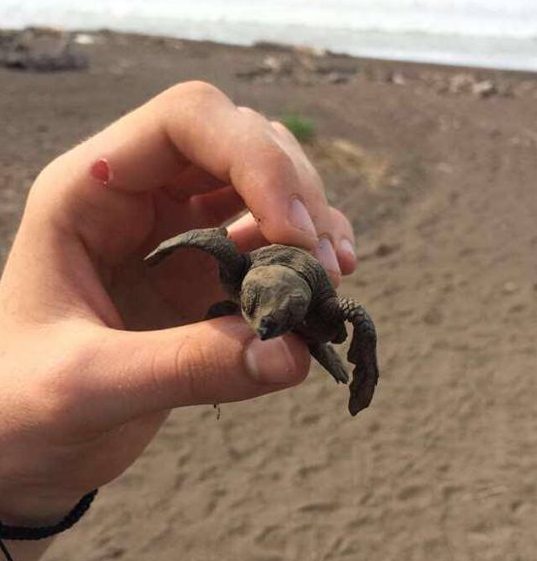 The Kemp’s ridley sea turtle is in critical danger of extinction, and this beach sees thousands come every year to lay their eggs. Only one in every 1,000 eggs, however, reaches adulthood. Every night, around half the nests we would encounter (usually 10-20) would either have been eaten by raccoons or stolen by people, to be sold as an aphrodisiac with supposedly magical powers of fertility.

It was our job to collect the eggs and rebury them in a locked area so that people and raccoons couldn’t get to them. In the mornings, we would release any baby turtles which had been born in the night. With sanctuaries like these, 1 in every 100 eggs reach adulthood, and I collected over 1,100 eggs, which on average is 11 adult turtles. If each of those 11 turtles lives a full life that’s 1,100 years of life I’ve helped bring into the world, which I prefer to studying Politics in some Spanish hole. 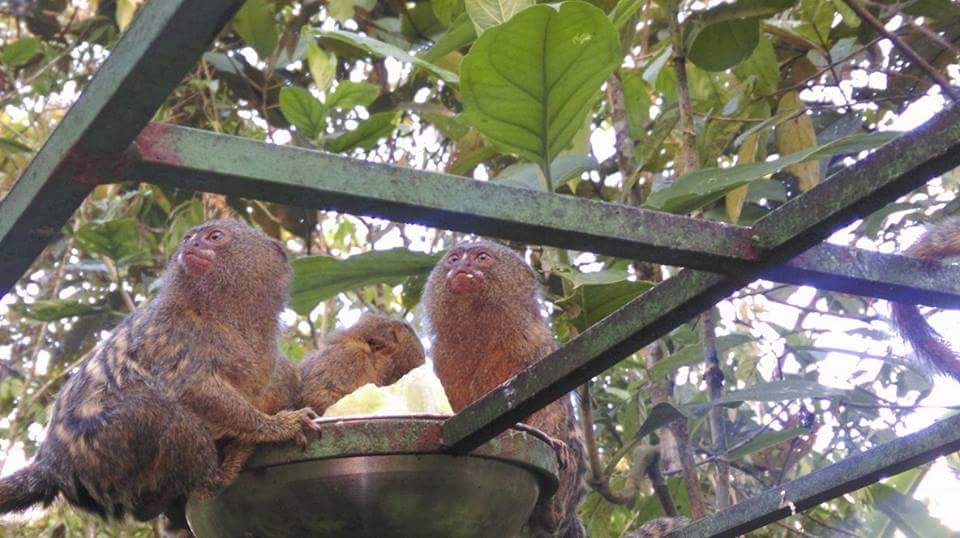 The work in the animal rescue centre consisted mainly of feeding and cleaning up after the animals, but that meant a lot of contact time with them, including Fernanda the capuchin monkey who groomed my hand every day. Other experiences I had with animals include holding a sloth like a baby (its legs wrapped round my waist and its arms round my shoulders), scratching an ocelot’s head like a house cat, and having a caiman crocodile try to bite my foot. I also made a cheeky $25 dollars as a tour guide over a couple of days. I helped the vet castrate a tayra and watched him perform an autopsy on a sloth (a different sloth). And I was in an Ecuadorean TV advert for a soft drink. 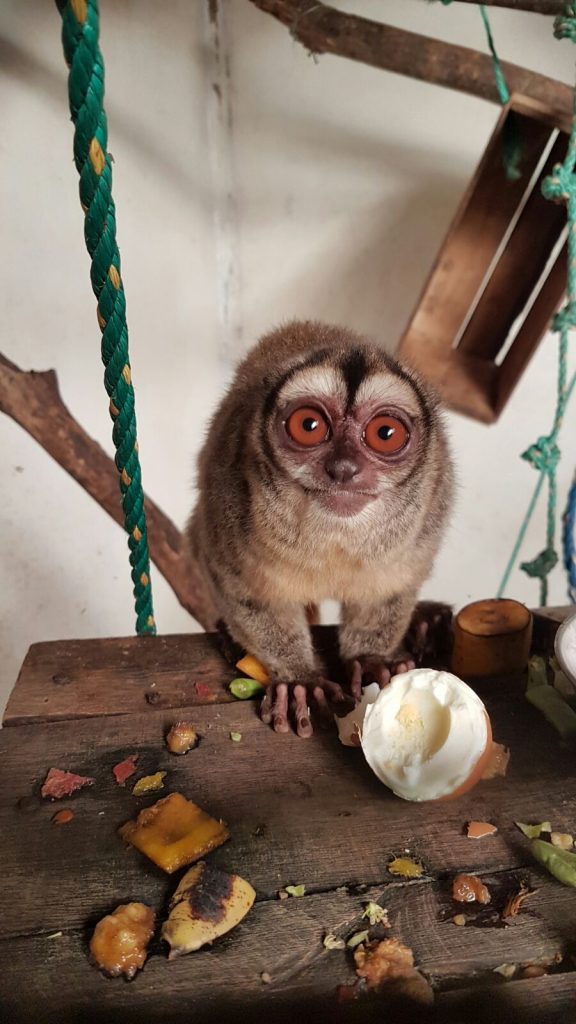 In the centre we have a small building known as the quarantine in which new and sick animals live so they don’t pass on any illnesses to the other animals. One weekend, the resident vet had to take a trip to Colombia and saw fit to leave me in charge of the quarantine. This would have been fine except for the fact that on this particular weekend the centre was receiving a very rare macaw (only around 200 left in the world and the only one in Ecuador) to use in a breeding programme to repopulate the species. Despite the weight of this ecological responsibility hanging over my shoulders, I managed to keep the bird alive and prevent it from escaping, thus potentially saving the future of the species. As a thank you, my bosses named the bird after me (Oscarcito), which means that I have 0.5% of a species named after me. 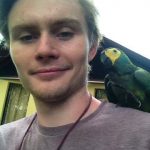 On two occasions we took walks deep into the jungle to an ecological reserve for caiman crocodiles and tapirs owned by the family who own the centre. The second time was to release a sloth that the police had brought in injured back into the wild, but we also went for a walk, guided by a genuine tribal shaman. His parents were from the Kichwa and Waorani tribes and to become a shaman you have to undergo a series of tests including surviving in the jungle for two months alone, starting naked and without tools. After the walk, he gave us a traditional soul cleansing ceremony, which consisted of blowing cigarette smoke over us, whacking us with special leaves and spraying sugar cane alcohol in our faces.

Since my return at Christmas, many of my friends have described me a ‘year abroad dick’, mainly because of my bracelets and top knot, but they don’t get it. 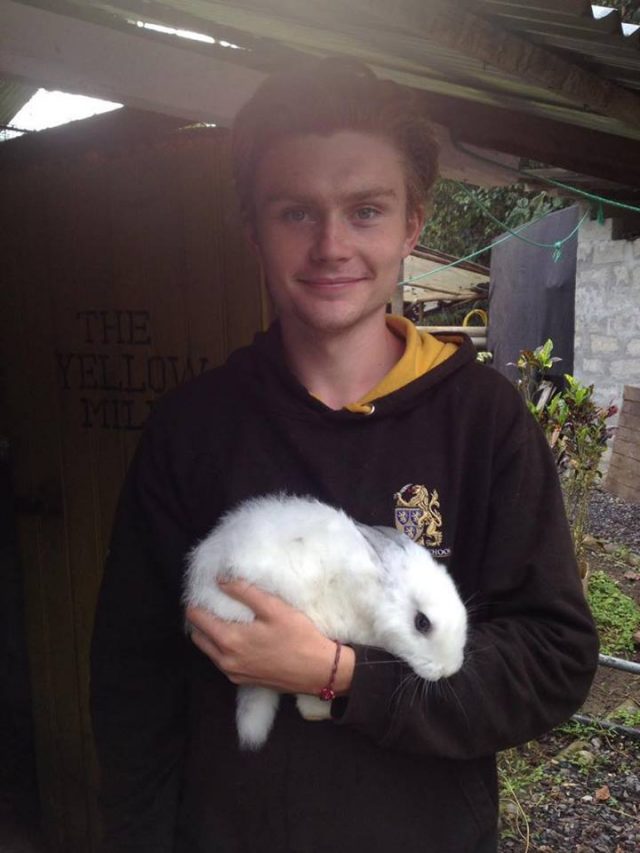 Anyone currently planning a year abroad should seriously consider doing something similar. The work was a lot more fun and rewarding than it would have been in a more mainstream placement and I now speak Spanish fluently. Unfortunately, the Bank of Dad tightened the purse strings for the second semester, so I’ve been forced to settle for working as a teaching assistant in Argentina, but wine and steak will make up for the lack of animals.

Those four months were the best of my life. I spent it on the beach and in the jungle messing around with animals and drinking yet somehow this counts as my third year of university, which I think it’s safe to say has been better than yours.