Ada Wells is back with more controversy

Ada, whose Twitter account has been private after a variety of controversies saw them in the public eye, followed the tweet with the hashtag #acab – an anti-police acronym standing for ‘all coppers are bastards’. 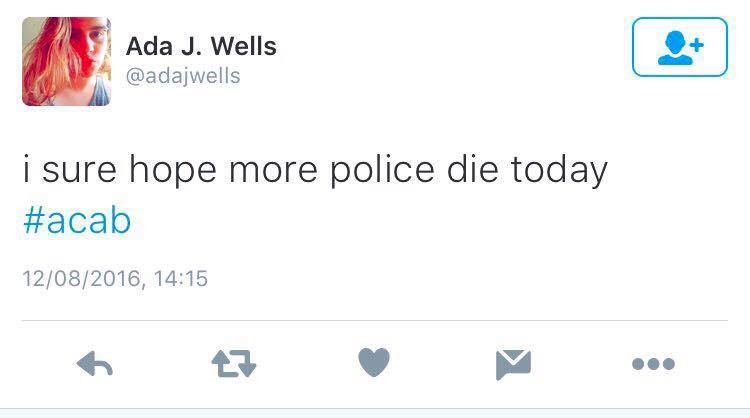 Ada doubled down on their remark nearly a week later, saying they still wanted police to die. 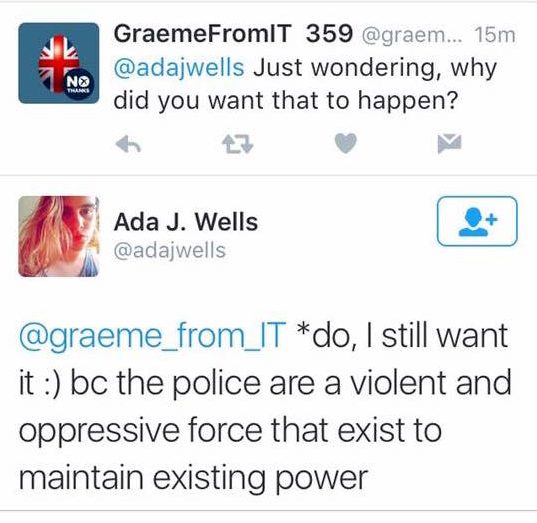 Wells, who was elected to the position earlier this year, is no stranger to controversy. Immediately after their election, it came out that they had made an anti-semitic remark on Twitter.

Ada, whose full title is EUSA’s LGBT+ Liberation Group Convenor, has previously been extremely outspoken on LGBT+ matters.  Ada, who is trans and prefers to be called ‘they’, labelled women with vaginas as ‘cuntscum’, a remark that shocked members of the LGBT+ community in Edinburgh, the very people Ada is supposed to represent.

EUSA investigated the original anti-semitic tweet, where Ada called Theo Robertson-Bonds, who isn’t Jewish, a ‘Zio’ – an anti-semitic slur used by white supremacist organisation like the KKK – but refused to release the results of the investigation, citing confidentiality.

Ada has also called women who refuse to have sex with gender-neutral people with a penis transphobes, and has advocated for them to be expelled from the University of Edinburgh.

At last year’s student council meeting on whether to force EUSA to back a boycott, divestment, and sanctions policy over Israel-Palestine, Ada tried to get Imogen Wilson, one of the sabbatical officers at the time, thrown out of the meeting, for shaking her head.

Both Ada and EUSA have been contacted for comment.