Everyone knows it. A big gay night out is incredibly fun. There’s glitter, there’s scantily-clad men, women and all genders in-between and more alcohol than you can shake a disco stick at. But what about those who really put the cherry on top of these wild nights – Drag Queens.

It’s not all lip-syncing extravaganzas and free shots. A lot of work goes into looking as good as these girls do, and as the drag scene in Edinburgh explodes, these gentlemen with lashes and lace-front wigs are not all that what you might expect. 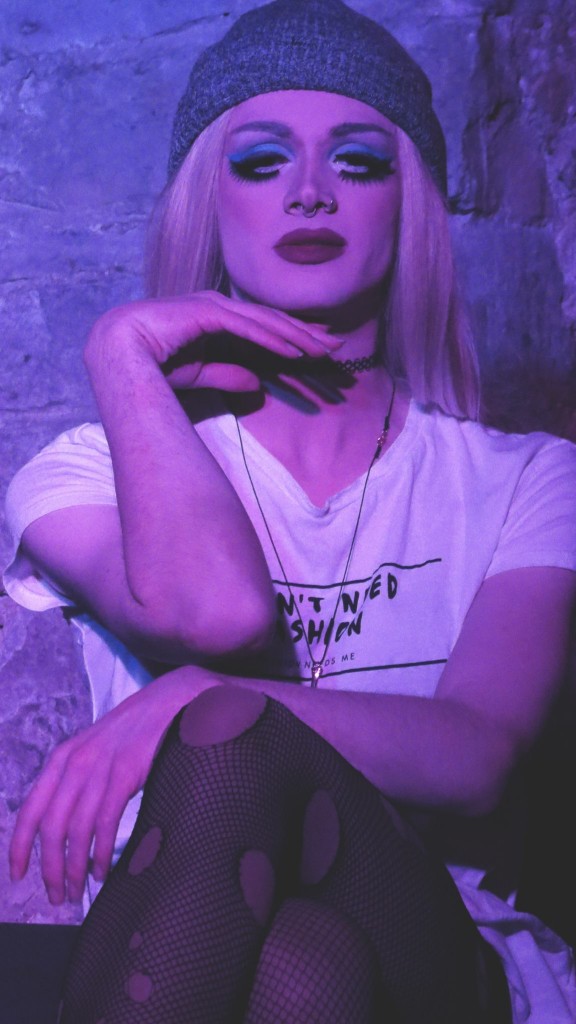 “At first it was Halloween, and I did it as a laugh, and I actually really enjoyed it. Drag for me was an expression, it was performing, I love performing, I’ve done it at school, with acting it’s fine, but with singing, I can’t do that, I sound like a broken record.

“So when I do drag, I perform, I lipsync, I create a new name, like a persona. It’s all a different character away from Daniel.

“The weirdest thing that’s happened to me in drag is someone came up to me once and said ‘Daddy, can you milk me please?’, and so I said ‘Daddy isn’t milking anyone’.

“My boy life changes all the time, like I change my look all the time. My face is very contoured, it’s quite feminine, very pretty as a boy still. My boy life is very androgynous.”

Violet said her favourite part of drag “is the performance, I love performing so much, I hate to admit it but I’m an attention-whore, I love being called beautiful. I guess it’s because I didn’t get that much attention as a kid as I have an older sister and we share the same birthday, so I love getting the attention in drag, and even as a boy. \

“My drag life is my personal life in a way, it blends in.

“What I don’t like about drag is people coming up to me and touching me. I hate getting touched. My body is mine, it costs a lot of money.”

When asked if she’s ever experienced homophobia while in drag: “I’ve done drag for about 8 months now, and when I first started I was very naïve about it. And when I was getting a bus home one time, a guy whistled at me, and I turned round and said man ‘Alright mate, how ya doin’, and he was like ‘you’re a fucking dick’, and he started on me.

“I get lots of look like ‘What are you then?’, and I just think just because you don’t understand doesn’t mean you should be prejudice. It’s really offensive, I’ve learnt this now, even as a gay guy, the best thing is just don’t react to it, if you react, it causes problems.” 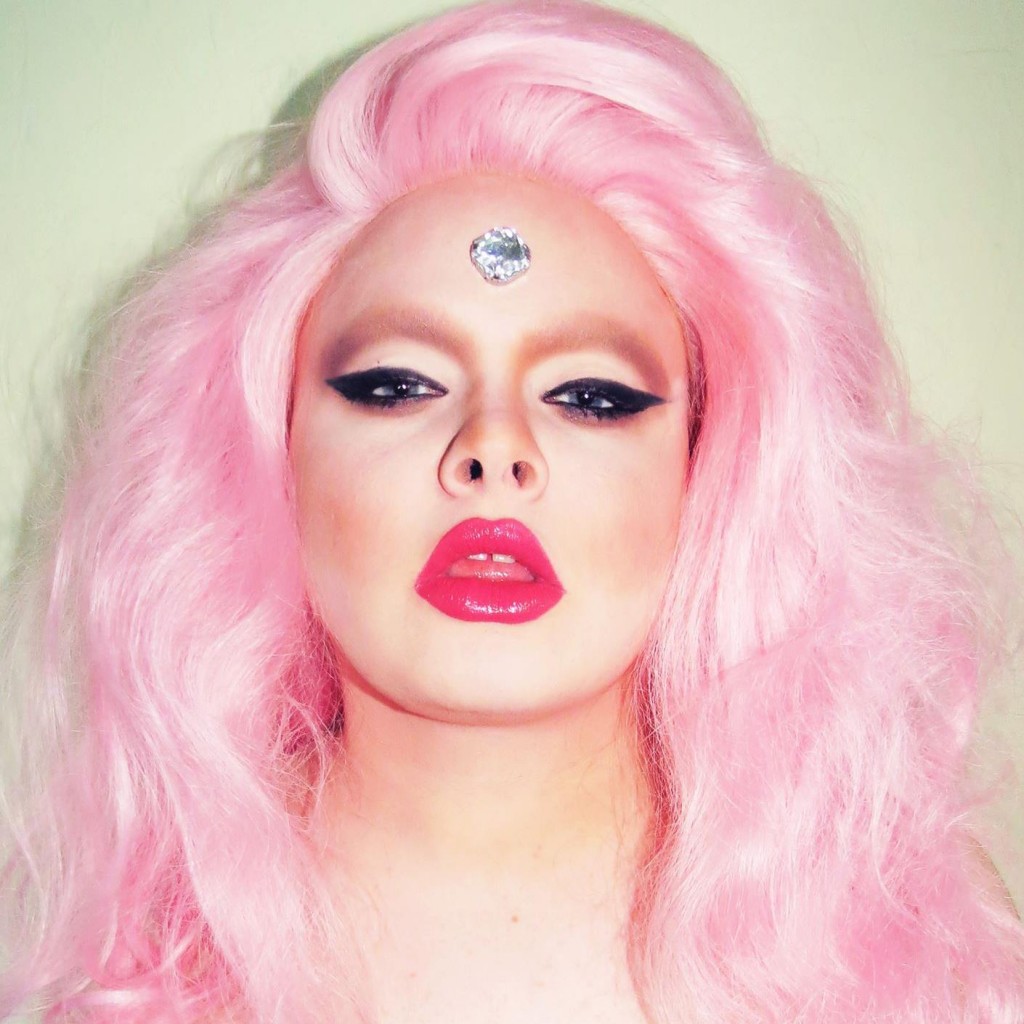 Alice Rabbit, host of The Rabbit Hole at CC Blooms, says that she does drag “Because you can get away with murder.”

“I didn’t really think I was better at anything else, so I thought cross-dressing was my way forward, I’ve been doing it since I was like 15, plus I thought Edinburgh didn’t have much of a scene, and I feel like I am one of the people that helped get it in there.”

Apart from working in CC Blooms during her day time hours, Alice is “quite relaxed, I don’t go out much as a boy as my personal life is very important to me, so drag lets me go out and not get too personal with people, and just enjoy myself.”

Miss Rabbit finds that the her favourite part of dragging up is “performing, just, like, people have some shitty days and it’s good to just sit down and relax and get messy, and have fun!

“My least favourite part is putting on my body, tits, hips and tucking. Hate it, hate it, it’s like trying to catch sheep and put them back in the pen.”

Alice tends to have a regularly weird encounter every-time she’s finished a night of padding and partying, when she gets “on the number 16 bus to Silverknows, and I get out with the intention of going home alone and a gentleman will come off the bus and try and come in my house, and I ain’t having none of it, I hold a heel in my hand, and I am like ‘GO HOME!”

The prejudice that she has experienced though, whilst in drag, isn’t something most people may expect, as she iterates “When I was 18 and started coming in with makeup on, my boy hair, fur coats and heels straight people, didn’t say much because it was an intimidating image, whereas in the gay scene it was a ‘What the fuck are you?’ attitude, so it’s a shame that most of my experiences are from internalised homophobia”. 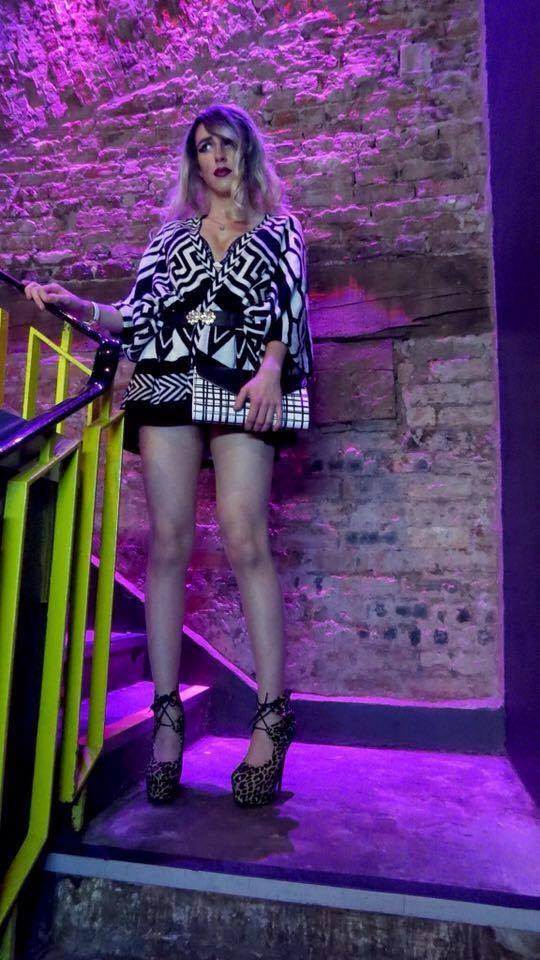 19 year old student Venus, says that she got into the drag world due to “the fashion, and since I have done acting since I was 4 years old, I got bored of playing little ‘gay boy’ roles, so I thought fuck it

“It’s something I can do on stage and further my personality, and show this kind of character, because I love to do characters, and the characters I like to do are female. My drag has three different versions, it’s got lingerie slut, it’s got classy slut and Japanese-businessman school girl fantasy. I love it.”

Her least favourite part of doing drag? “People touching my hair, or wig, because it ruins it.

“And the hangover you get from coming out of drag. My favourite part is the drinks, guys buy you drinks all the time, and also I love meeting people who love my drag as much as I do, and my sisters as well, the community, I mean, it can go severely wrong, but the sisters you make.

“And taking off your lashes at the end of the night.”

Venus also shared that during her boy life out of all the skirts and heels, she is “studying, sleeping and shagging. Emphasis on the shagging.”

“Only once I have experienced prejudice whilst in drag, I was on the 7 am bus home, I was going to Musselborough, and these guys said: ‘Oh it’s a bad day when you see a tranny on a bus in the morning’ and my reply was ‘Your dad didn’t seem to mind buying me this outfit.’

“He said ‘Did you get a receipt’, and I said ‘No, I didn’t want to take your benefits away from you’, and once they get off the bus, I said to everyone “Thank you to  for not standing up for me.” 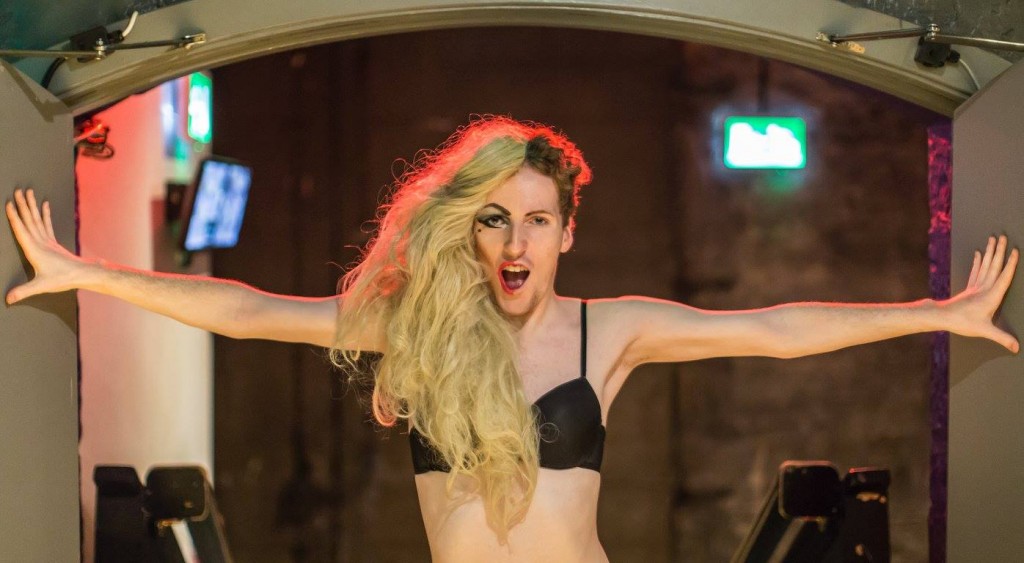 A consultant to the stars, Amy said that she got into the makeup and dresses as “it was a bit of fun at first and then it turned into something more. It’s a job first and foremost which I didn’t think it would be. I guess I’ve always liked being on stage, it’s good for attention really boosts your ego, better than going home with someone.”

“The weirdest thing that happened to me in drag was probably… I won Cilla’s drag race at Chalky’s when my makeup was terrible.”

The lovely L’Amour said her “favourite part of drag is the attention because it’s something you’ve worked hard for, well some of us do, like you can do something fun and different.”

“My least favourite thing is the bitchiness, which is ironic after what I just said. I get shade and I get reading but there is a difference to being bitchy. As a drag community we should be strong, but there are different ‘sections’, when we should actually be helping each other.”

She also continues that her life as Mark is harder than being Amy. “It’s really like hard sometimes cause you’re used to all the attention in drag, but when you’re a boy you can have all your insecurities and stuff, I mean, you guys at home must get it, it’s really hard being an everyday person, but then you do drag and it’s really weird cause you put a wig on and you’re a star.

“But other stuff I do is just work and play Xbox and that’s it. I have a dog too.”

This Queen, when asked about any prejudice or homophobia she’s had, surprisingly said:

“I hate it so much, when you’re in drag you get treated badly by straight guys who see us a piece of meat and see us as a ‘fuck thing’, like they look at you and they don’t get how hard it is and the performance, they don’t appreciate the glamour.

“One time a guy said “I’ll buy you a drink and fuck you later” so I just took the drink and walked away.”