The Journal folds after eight years

They had to call in bankruptcy lawyers

The Journal, a former award-winning student newspaper, has gone into liquidation following “non-payment of debts.”

Founded in 2007, it was a fortnightly paper across seven higher education institutions across Edinburgh, and once had a print run of 10,000.

The paper won a range of awards, including best student publication of the year in 2012 as well as being nominated for many others.

Emile Yusupoff, former editor, said: “I guess this is how a healthy market works. One year you win awards, the next you go bankrupt and into liquidation.

“As a writer and editor I had total freedom to pursue and publish controversial, original, and interesting stories and opinions.

“It’s sad that The Journal has ended.” 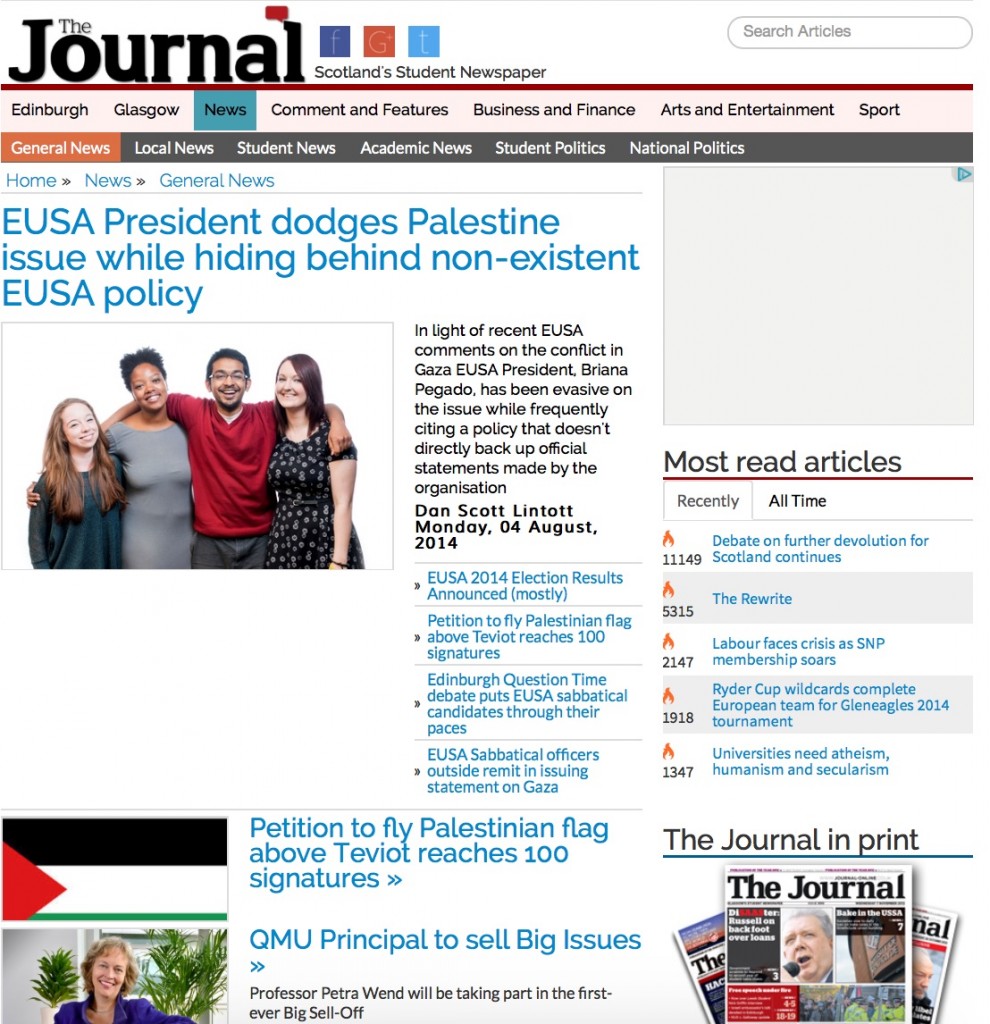 The paper became well known in 2008 after Richard Falk, UN Special Rapporteur to Palestine, wrote an unashamed “9/11 truther” article for the paper.

Dan Scott-Lintott was made Editor-In-Chief in April 2014 and was tasked with attempting to revive the flagging publication after his successful run as Editor-In-Chief at The Student. 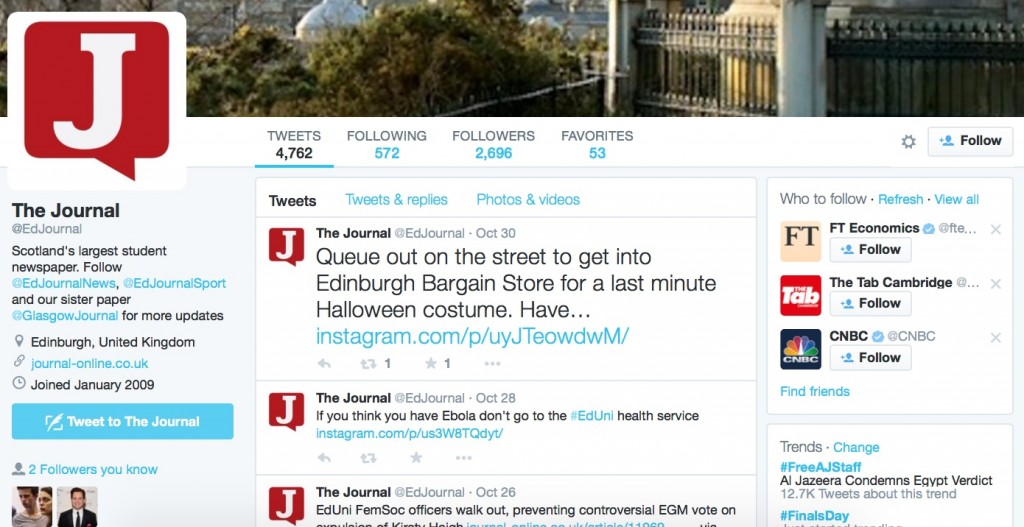 The last Edinburgh and Glasgow print issues were published in October 2013, and it had moved entirely online since then.

The paper was put into liquidation on July 23rd 2015, and after a meeting of the creditors on August 18th. A lawyer from Grant Thornton UK LLP was appointed liquidator.

A spokesman for the lawyers said: “the liquidator is investigating the affairs of the company in order to achieve the best possible outcome for creditors and other stakeholders.”

A writer for The Journal confirmed the writing had been on the wall for some time.

They said:  “We were vaguely aware there were financial issues throughout last year

“I think it was obvious that The Journal would be financially untenable.”