Scottish Universities are set to have their funding cut by millions for the money to be allocated to universities lower in the world rankings.

But academics have slammed the move by The Scottish Funding Council as “short-sighted” and are now fearful for Scotland’s leading institutions.

Shockingly, Edinburgh, one of the top 50 universities in the world, will lose £14 million in 2016/17 while Heriot-Watt, ranked 367th, will receive an extra £2 million.

Aberdeen Uni will suffer losses of over one million, Dundee £1.5 million and St. Andrew’s around £400k on top of the £2 million they are already set to lose. 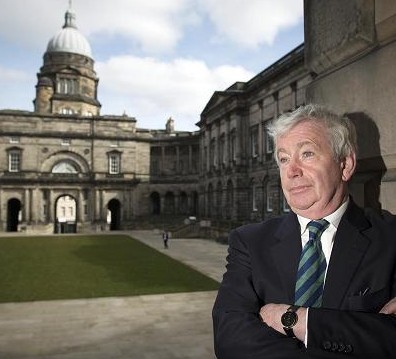 The Edinburgh Vice-Chancellor has criticised the ‘short-sighted’ move

But Stirling and Strathclyde will also see increases in the £2 million range over the coming years, even though they are not known for their international research

Edinburgh’s Vice-Chancellor Sir Timothy O’Shea said the move will “cause Scotland to lose an important competitive advantage that delivers jobs and opportunities.”

The loss is due to the SFC changing how it allocates funding based on the research of academics – whilst in England the rating of academic research has been increased.

Laurence Howells, SFC chief executive, essentially passed the buck saying: “It will mean that organisations such as Cancer Research UK and the Wellcome Trust can continue to invest in Scottish universities.”

Suffice to say academics aren’t happy. A spokesperson for Edinburgh attacked the move, saying: “This new move to fund world-leading research at a lower rate is very short sighted”.

Pete Downes, Principal of Dundee University and convener of Universities Scotland, also attacked the move: “Today’s funding allocations confirm that many will lose out and there is no scope to build on success.”