I matched with an All Black on Tinder

A starstruck third year thought she’d hit the jackpot when she matched with an All-Black rugby player on Tinder.

The anonymous Edinburgh student swiped right on scrum-half Aaron Smith and he returned the favour, before inviting her back to his hotel.

She told The Tab: “It didn’t actually click who he was for about ten days…but when I figured out who he was I immediately started chatting.” 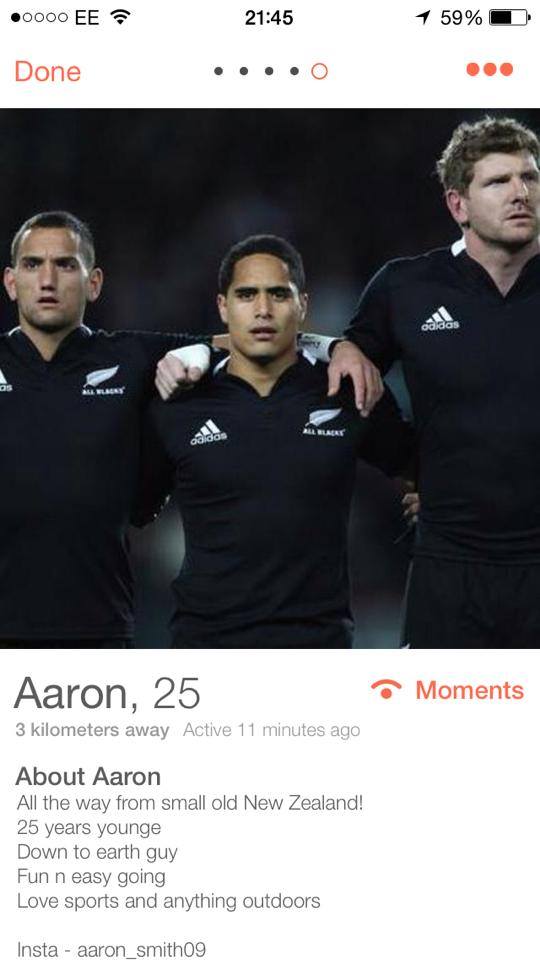 He may be an All Black, but that bio is fucking tragic.

But the 20-year-old was hugely disappointed when she realised he was only 5’7″:

And when he started dropping hints about hooking up: “It’d be so awkward! I couldn’t do that. Imagine kissing him when you’re my height.”

It didn’t stop the international rugby player from trying. He sent her a string of messages including “My hotel is in Old Town” and “We fly out on Sunday.”

But his height was a dealbreaker. 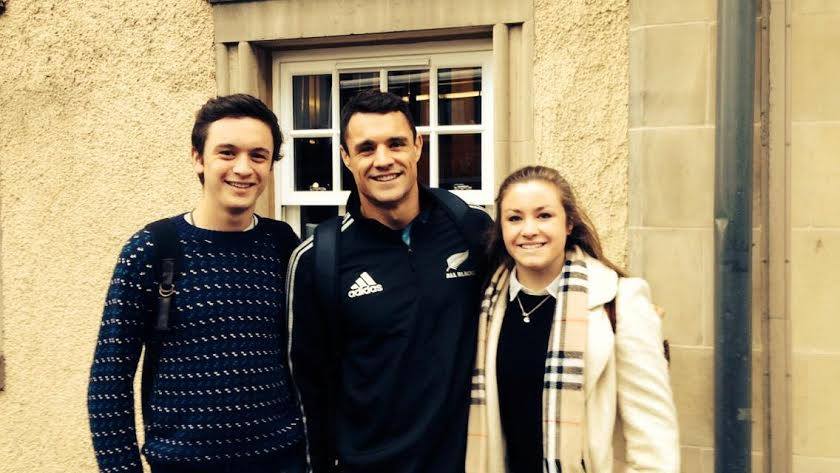 The All Blacks were in Edinburgh for about two weeks.

And then to cap it all off, he was left out of the squad for the Scotland game.

No rugby and no sex.

He’s since deleted his profile.