The last minute Halloween rush was so awful at one store they had to hire security.

And two customers almost got into a fight as the red mist to get the best costume descended.

But the bouncers were pretty useless – it was an older woman who calmed the men down. 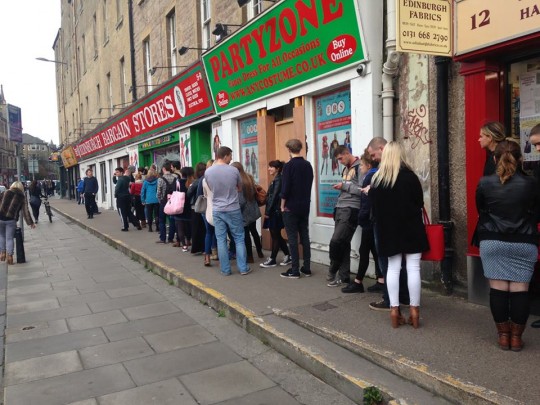 The queue outside the store on Friday

Queues stretched from the till at the front of the all the way to the back of the massive Edinburgh Bargain Stores in the days leading up to Friday.

The shop was so busy that it stayed open an extra two hours due to demand.

The incident involving the two men in their thirties was over the selection of costumes.

The altercation had to be broken up by a little old woman who worked there rather than any of the other customers, or the bouncers. 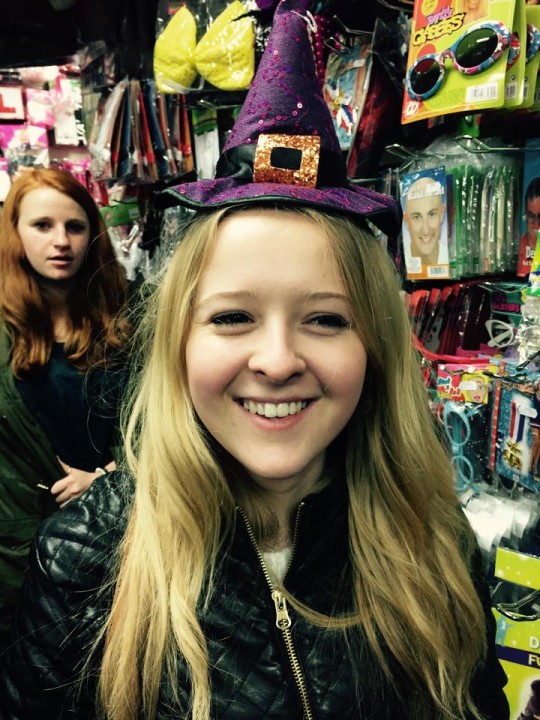 This excellent costume was purchased at the bargain store

But some customers had a much more mundane experience at the Bargain store.

Megan, a nursing student who was buying face paint and vampire teeth, was in the queue: “We were in the queue for about half an hour. When we got in the place stank but we got the stuff we needed.

“It wasn’t all bad though because there was quite a fit guy there.” 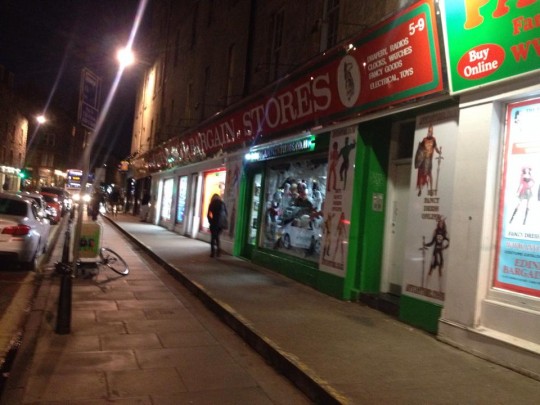