The Tab previews EUSOG’s production of ‘The Mikado’, celebrating their 100th show.

It’s certainly been an impressive year so far for Edinburgh University student theatre, with Footlights’ ‘In the Heights’ bringing Latin flair to sold out audiences and the Shakespeare Company achieving critical acclaim with their supercharged oil-rig reimagination of ‘The Tempest.’ Tonight sees EUSOG continue this high theatrical quality with the unveiling of their 1961 edition of Gilbert & Sullivan’s most famous operetta, ‘The Mikado.’

This year, the Edinburgh University Savoy Opera Group (EUSOG) celebrates performing 100 shows over their 53-year history as a University society; securing its title as Edinburgh’s longest running student musical theatre group. With the founder Robert Heath, as well as other alumni from the founding year attending, it is fitting that this year’s March production should be ‘The Mikado’; the Japanese themed musical rom-com was EUSOG’s very first production in March of 1961. 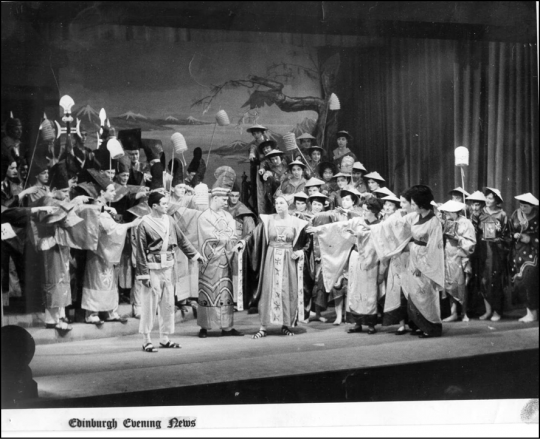 ‘The Mikado’ is a quirky comedy telling the story of a ‘wand’ring minstrel’ Nanki-Poo, who fled (his father, the Mikado’s) town to escape the unwanted affections of resident creepy old-lady Katisha. Disguised as a travelling musician, he quickly fell in love with Yum-Yum, who coincidentally was already betrothed to marry Ko-Ko, the Lord High Executioner. With flirting ruled a crime punishable by public execution, a love triangle like no other unfolds on stage. With a synopsis so confusing, even the fussiest of appetites is whetted. 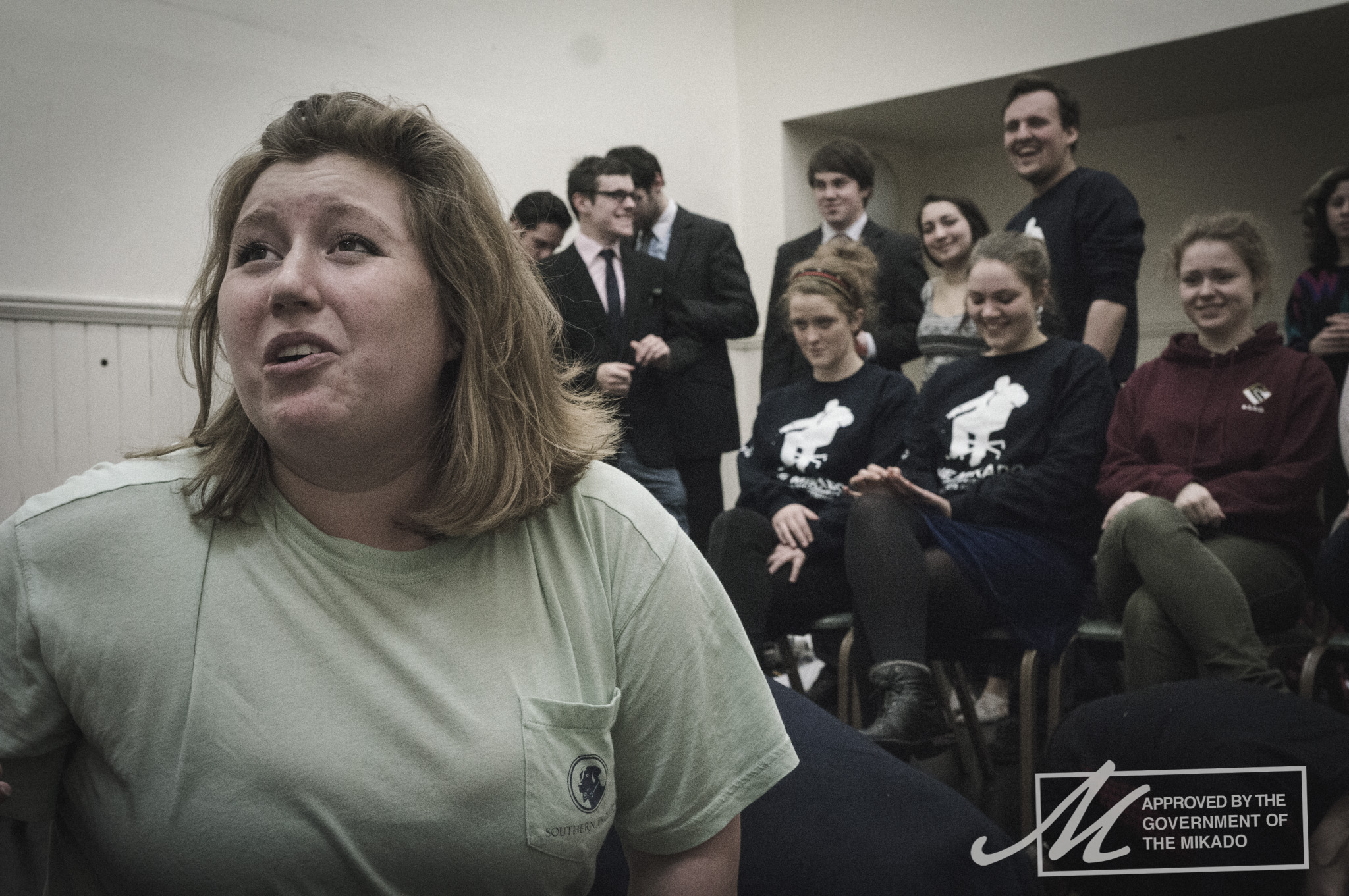 A shot of Katisha (Elizabeth Galbraith) during final rehearsals.

EUSOG is currently enjoying a hot-streak of 5 star productions, with November show ‘The Mystery of Edwin Drood’ and Fringe production ‘You’re a Good Man, Charlie Brown’ achieving sold out audiences and glowing reviews. Director Aidan Heald is confident that this run will continue with the Mikado.

Take a look at the trailer below to check out the cast in action. ‘The Mikado’ looks set to deliver a sentimental but professional (not just because it’s set in an office…) edge to this much-loved classic. A must-see!