The beauty of street art

New Street is home to one of Edinburgh’s first legal street art walls, The Tab went along to check it out.

Here you will find more than just street art, but a form of escape, a method of self-expression and a medium of communication. Street art has the power to evoke emotions you would never expect art on a slanted wall could make you feel. So come with an open-mind, as there may be more too it than meets the eye. 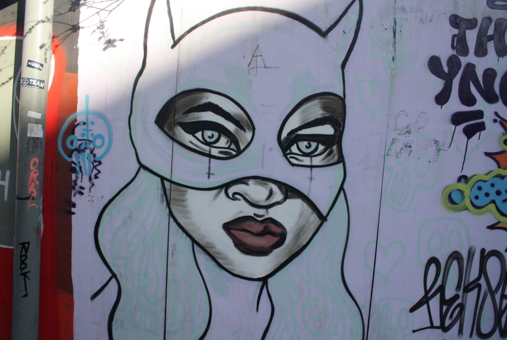 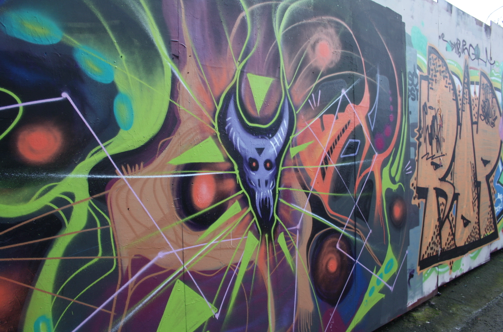 The advantage of visiting New Street, is the two for one experience you will receive. Not only will you be offered the contemporary culture expressed in art-form, but also an outlook of the contrasting Greek revival architecture up on Calton Hill. 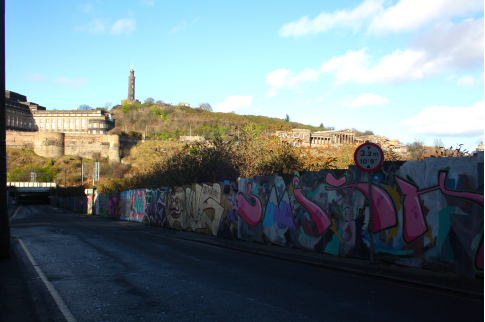 So ask yourself, which one is more beautiful to you?

I feel that traditionally most people would answer Calton Hill, but why? Why do people steer away from street art? It sparks controversy – this is the beauty of the movement. The real appeal of street art is not how it looks, but rather how it makes you react. So if you find it appalling, ask yourself, why? Questioning your reactions will help you understand why you feel that way and will maybe make you reconsider. 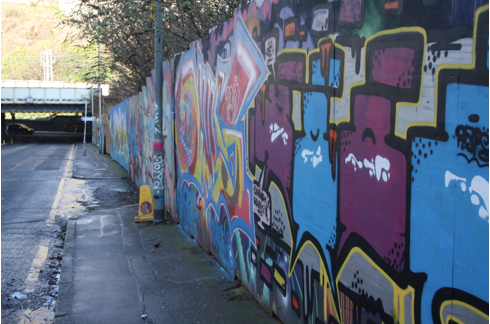 It’s not that bad is it?

The picture below spoke to me the most. It is a prime example of how street art is powerful. It took only the two words “wake up”, to make two outsiders react. It appears that one person in gold scribbled over it and wrote “f**k off”, whilst another in blue wrote “yes.” You may wonder why someone decided to write all over it, but instead of wondering, realise that these two words stirred up emotions in the bystanders which provoked a response. It had the power to evoke these emotions in them, and that is the beauty of it. 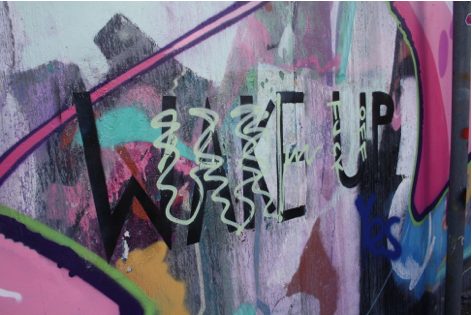 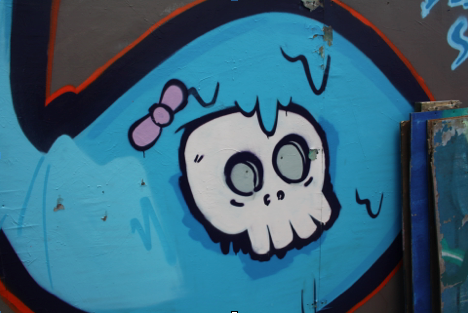 What I want people to take away from this, is that beauty comes in all shapes and forms. After I became involved in art, I realised the extent of criticism it receives. Instead of appreciating it, many have placed a restriction on their perception. This restriction is not only seen in a persons vision of art, but also in other things in life. You will find that by lifting this barrier, you will discover more about yourself. So lift that restriction!