The awards took place at the Indig02 in London on the 7th November and were supported by BBC Radio 1 and Global Radio, with Radio 1’s Greg James co-hosting with Capital FM’s Dave Berry. 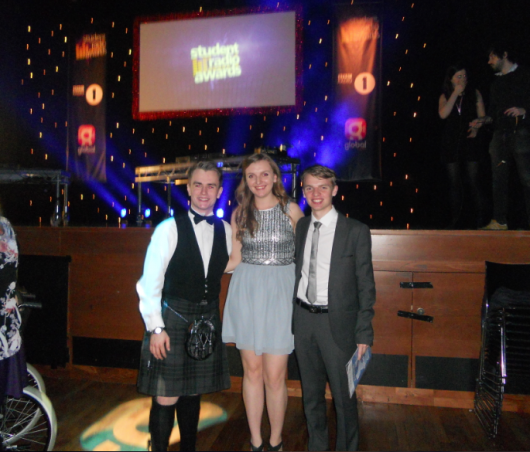 The Student Radio Awards recognise the biggest achievements in Student Radio over the past year and have become a firm fixture in the radio industry calendar.

Fresh Air’s News Team was nominated for Edinburgh Question Time, in the Best Event or Outside Broadcast category.

Calum Macdonald, Head of News at the station said,

“It’s absolutely brilliant to have won a bronze award for Edinburgh Question Time. It was a great programme – we had a live audience of 150 to grill candidates for our Students’ Association elections. As well as that, we had such high interaction on Twitter that we trended in the UK for the duration of the programme. The News Team worked tirelessly to put the programme on and to give students the chance to ask questions that were important to them. It was a privilege to present the programme and it’s an honour to be placed third in such a respected awards ceremony.” 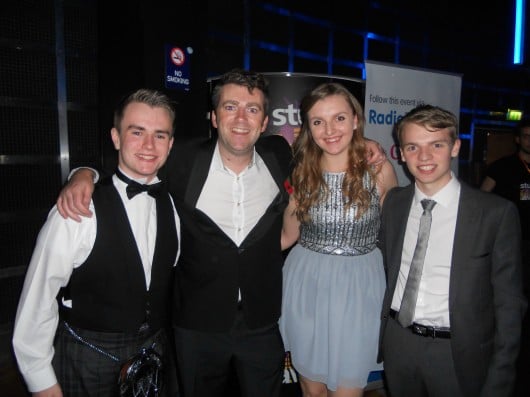 Calum was also nominated in the same category for his broadcast “Live In My Lounge”, an hour long show broadcast from his home in the Isle of Lewis, featuring music from local musician Colin Mcleod who has appeared in the same line up as Bruce Springsteen (wow…).