Review of ‘Beyond Therapy’ at Bedlam.

“I like your breasts! They’re the first thing I noticed about you!” Bruce exclaims, stunning his blind date Charlotte. In a roller-coaster ride of satire, comedy and madness, ‘Beyond Therapy’ at Bedlam Theatre is a quirky comedy that makes for an entertaining watch. 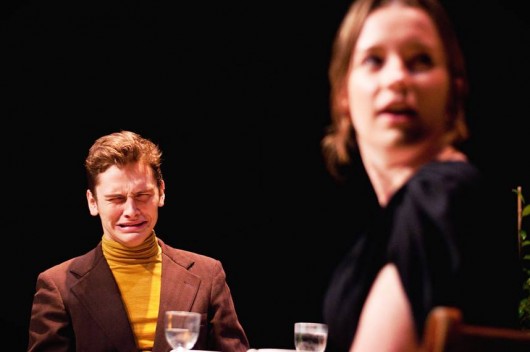 The play,  set in Manhattan, focuses on Bruce, an over-emotional bisexual man who places personal ads in the paper looking to experience new relationships with women, and Prudence, an uptight homophobe looking to escape loneliness. However, they prove to be a terrible match-up and in what seems to be a recurring result of anger and frustration, hurl water at each other before departing.

Prudence then visits her ‘macho’ therapist Stuart who sleeps with his patients and brags about how quickly he climaxes in bed (it’s not something to be proud of buddy). A curious sub plot to the play included Bob, Bruce’s jilted starting-gun-wielding gay lover who attempts to convince Bruce that bisexuality doesn’t exist and eventually tries to sabotage Bruce’s relationship with Prudence. 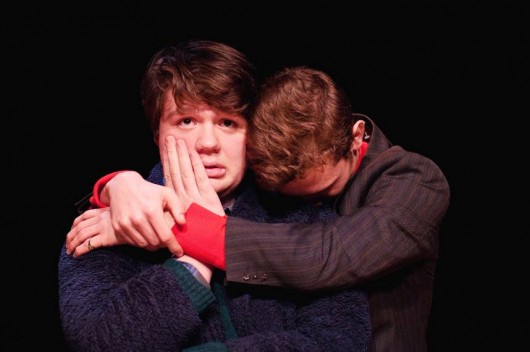 In terms of acting ability, the cast are likable, sincere and responded well to each other when delivering their lines. The highlights of the play were undoubtedly Abby Jackson and Henry Conklin’s portrayals of Charlotte and Bob. Their energetic and idiosyncratic scenes together were a delight to watch! Martin Maclennan gave an intense performance as Stuart and Will Hearle gave an enthusiastic portrayal of Bruce. Caroline Elms performed her role as the hard-up homophobic Prudence immaculately, managing to give the audience an understanding of her character.

Although the set for the show wasn’t entirely realistic or convincing, the standard of acting pretty much made up for it. Overall, ‘Beyond Therapy’ is gut-wrenchingly funny with silliness and satire, whilst also exploring the important issues surrounding conceptions of bisexuality. This is a must watch play!