• GBBO drinking game – it’ll get you mille-feuille’d!
• Ruby Tandoh costume including cut-n-keep mask.
• All the build up, including live betting odds.

At last, the final baking frontier is upon is. After weeks of tittilating tarts, bacchanalian bread and curmudgeonly cakes, UCL’s baking nymphette Ruby Tandoh has bravely fought off the pie-triarchy to win a place in this all-female final.

Now she must bake like she has never baked before – it’s wooden spoons at dawn on BBC2. Join us for our GBBO final liveblog tonight from 7.30pm, and the mysteries of the baking universe will be revealed. In the meantime, here’s all the build up you need.

Can she do it?

the great British bake off. Not much skills, female tears , And a winner so thin who makes me doubt of her love for great cooking, baking

Ruby is of course famous for her tears, and yeah, she’s skinny. But bitchy Blanc later clarified that he had not seen the final, which was filmed in June.

Coral’s David Stevens said: “After the semi-final we favoured star baker Kimberley to rise to the occasion in the final, while Ruby may be Paul Hollywood’s favourite, but as far as punters were concerned it was all about Frances, with more than 90% of the bets taken for her.

“Because the show is pre-recorded, we always knew someone somewhere would know who has won, so we took only small stakes, and kept a close eye on the bets coming in, but we’ll be tuning in nervously and hoping this gamble goes astray.”

Want to stand out amongst the hoards of bald American meth-makers and Miley Cyrii this Halloween? Well look no further, because the Tab is bringing you the fabulously easy, fully original RUBY TANDOH COSTUME!

You too can look like GBBO’s resident controversial chef-ess, with the help of just a few key items. All you need is a floral shirt, a denim jacket, some carefully placed flour, and a selection of key philosophy texts held nonchalantly under one arm. For the true Tandoh experience, carry a cake with you at all times and look at it in a concerned way while chewing your lower lip.

And why not complete the look by slapping on our cut-n-keep Ruby mask? 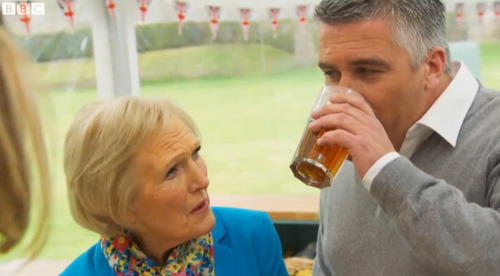 Hollywood approves of drinking during GBBO… 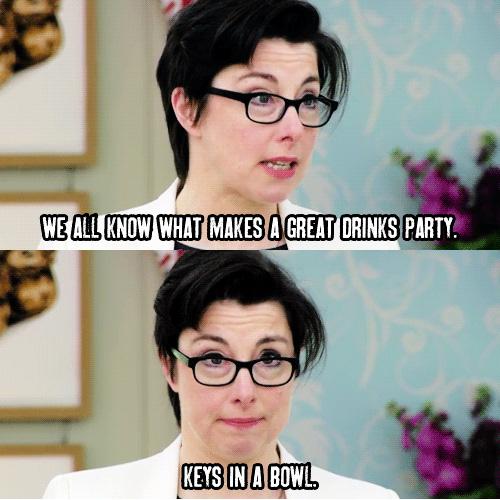 Something for after the drinking game? 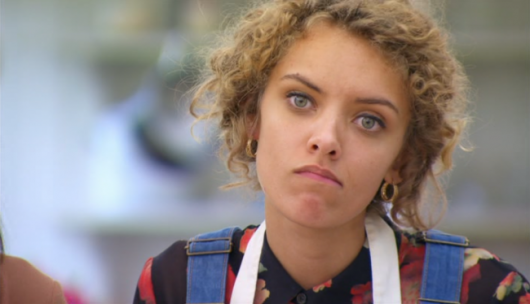 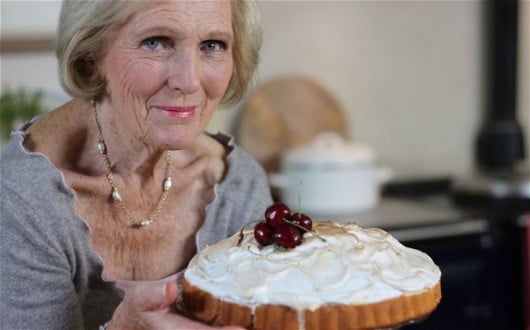 My nan doesn’t even know what a meringue is…

When the winner is announced: