If the rain wasn’t enough, a burst water main has flooded parts of Edinburgh.

Water supplies in parts of Edinburgh have been distrupted due to a burst water main. 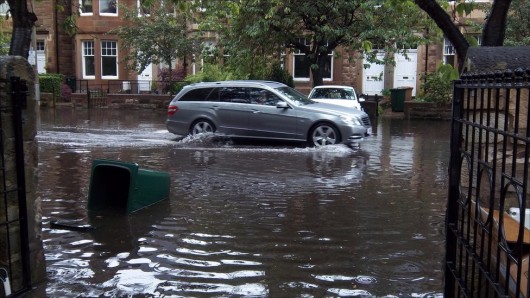 The Colinton Road area, not far from Bruntsfield, has been affected with people experiencing loss of water supply and discoloured water.

Colinton Road itself has been closed,  a spokesperson saying the burst had “caused severe flooding of the road,”.

Fire crews have been called to the site in order to divert the flooding water and Scottish Water engineers have arrived to repair to the burst water main.