The Tab pardies with Jamie Laing

We won a night with Jamie Laing on UniRoulette last weekend – this is what happened.

When you pardy with yer boi Jamie Laing, you gotta prepare. Catching up on the previous week’s episode of Made in Chelsea as well as practising our ‘yahs’ and ‘myahs’ we thought we were ready. Unfortunately our livers were not quite as prepared for the onslaught. 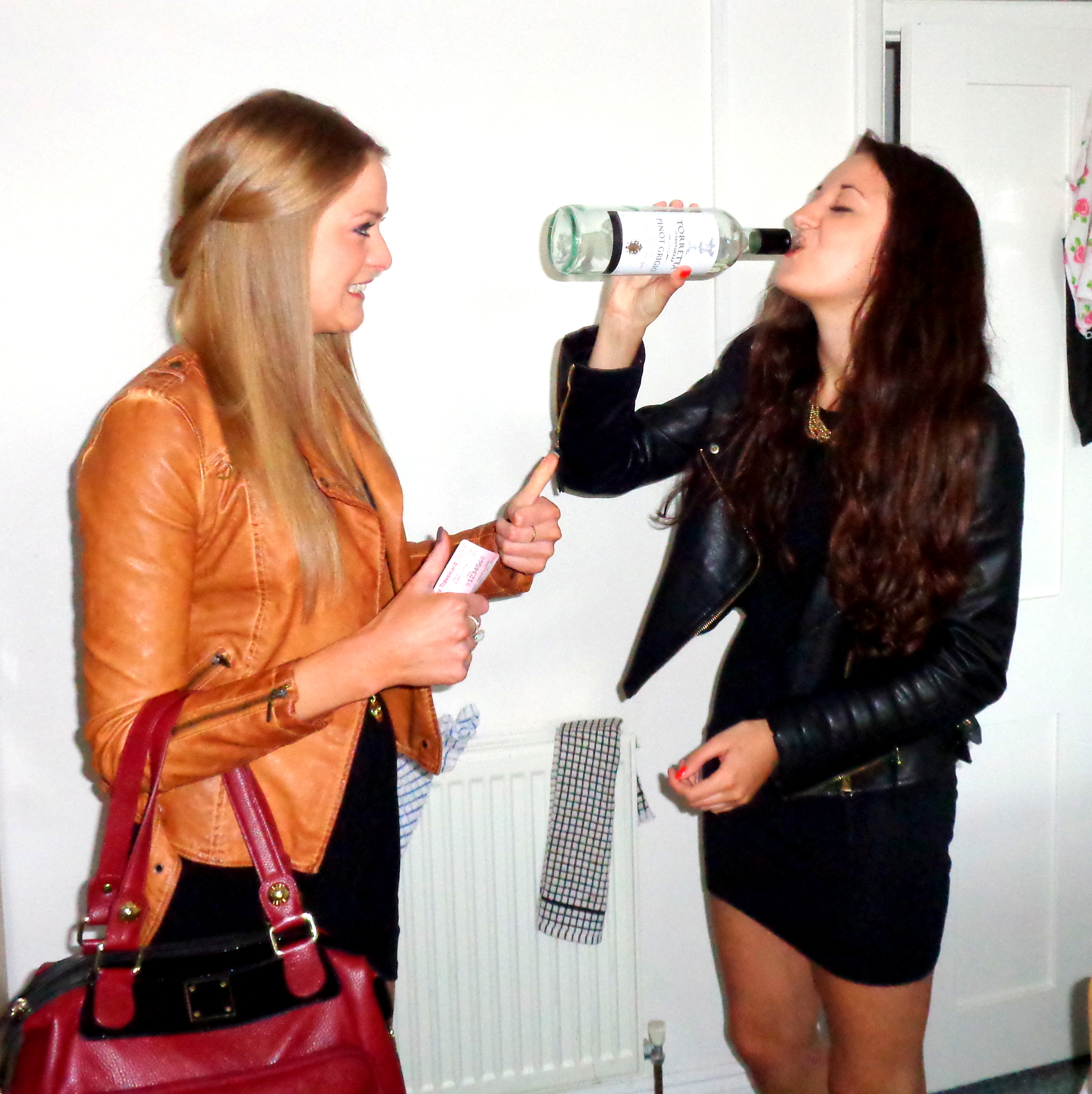 Dresses donned and after a few swigs of Dutch courage, there was only one way to arrive in style, by public transport…awkward pause. 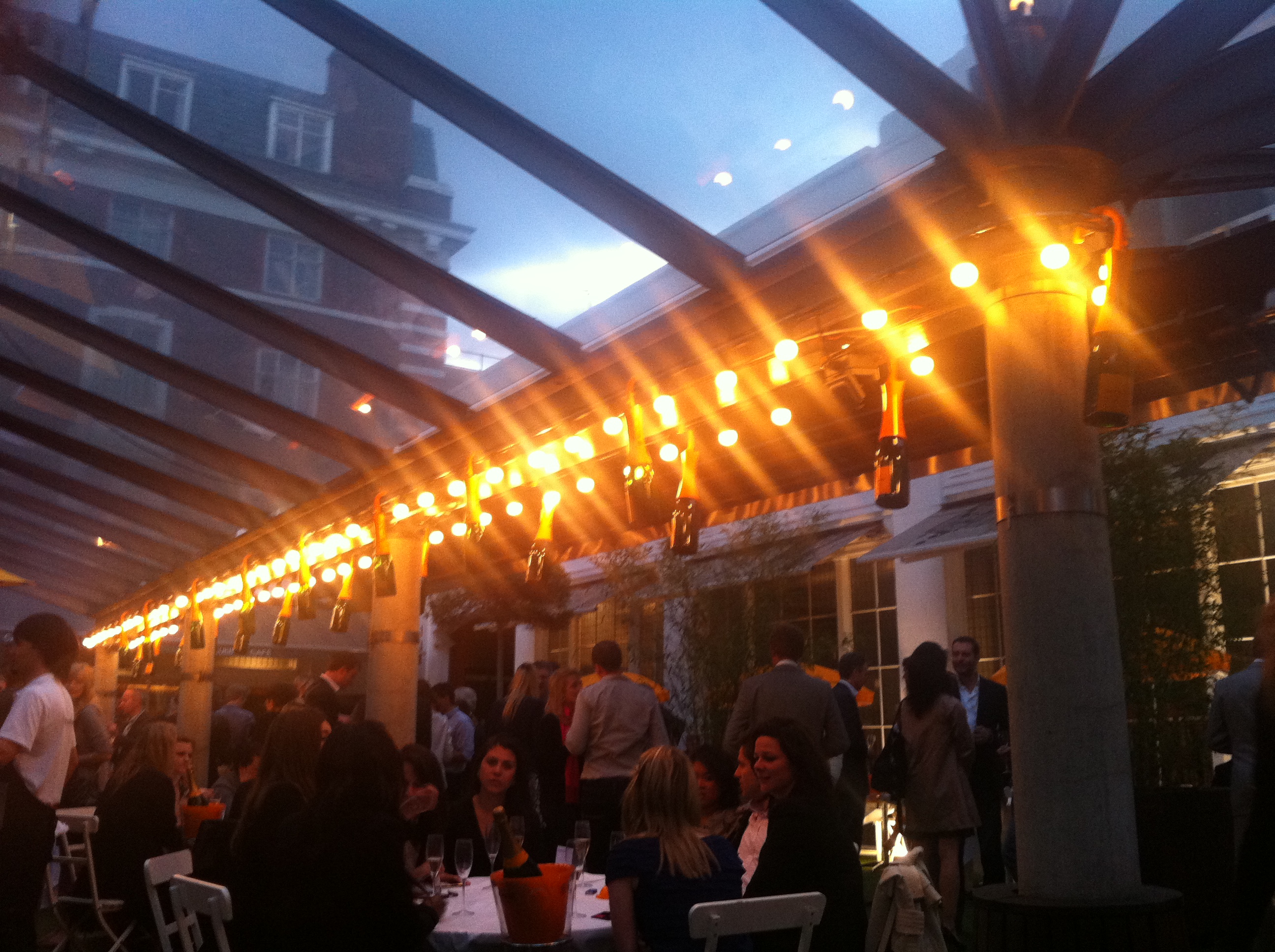 Footballer spotting at the Bluebird

Luckily the bus dropped us right outside our meeting place, the Chelsea landmark bar and restaurant Bluebird on the King’s Road.  Looks like there are some perks to public transport after all! In true Chelsea style we got the Bloody Marys in and waited for the main man to arrive.

Before we knew it we were ushered into a private area and the boozing began. Jamie was joined by Tade and Tosh Oyerinde and Patrick Molgaard, soon to be international party boys and the brains behind Gleepost uniRoulette, and two other competition winners. 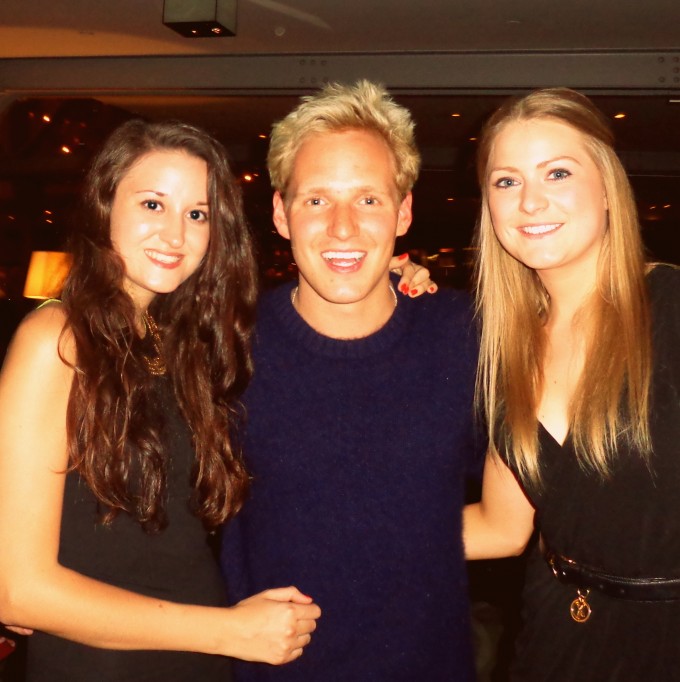 After the sixth round we were firm friends and as the news came in that the website had reached 8,000 users, the brothers decided it was time to spend the equivalent of half a month’s student rent on Moet. Not complaining. 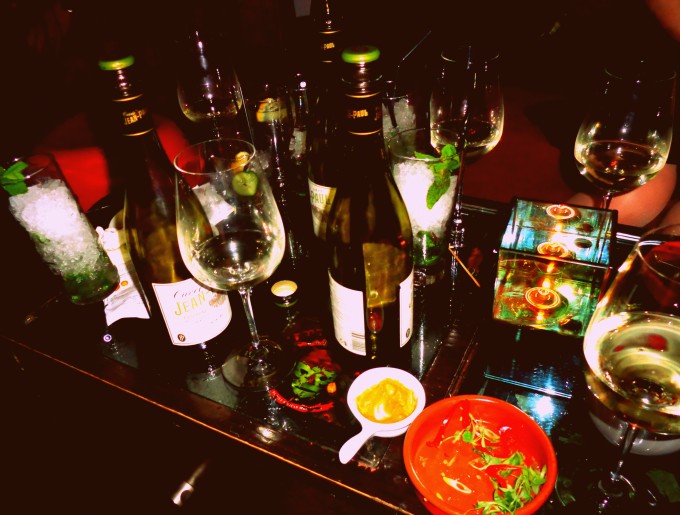 So we’d all had a few shandys and it was time to talk Made In Chelsea. In the words of Mr Laing himself: scripted reality it is not, IT’S ALL REAL.

Aside from the cameras of course, but just imagine how ridiculous your life could seem if producers were digging up your dirt, setting up awkward situations and catching that night you couldn’t remember on film. “We’re all just pawns on a chess board,” said Jamie, in complete seriousness. 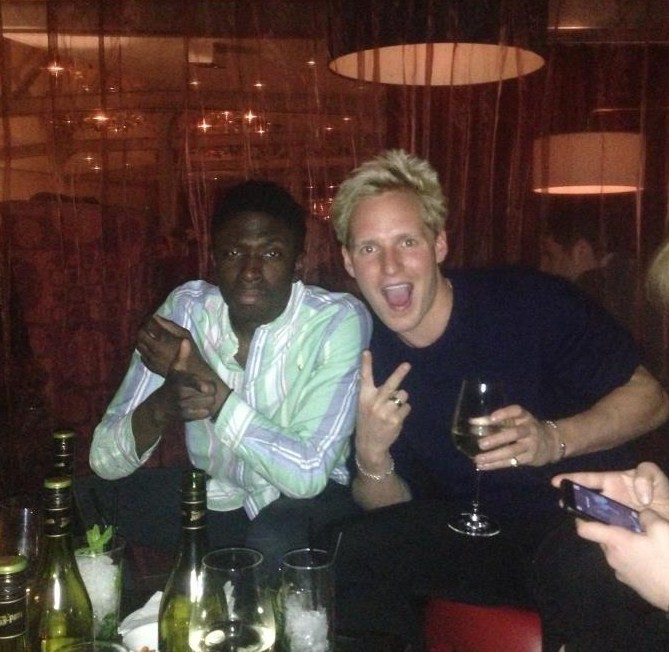 Here’s some gossip for fans of the show: Spencer Matthews and Lucy Watson are a real item. “Spennie’s not a bad guy he’s actually really cool”. Louise Thompson in the fall out from her relationship with Spencer is ‘a psycho’ and despite bagging Andy Jordan is already playing away. 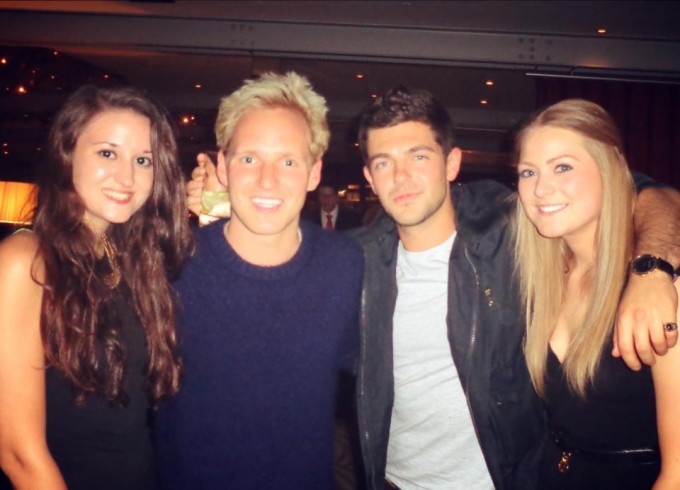 This series seems set to be bitchier than ever before and it’s only a matter of time before the catfights begin. We can’t wait either. 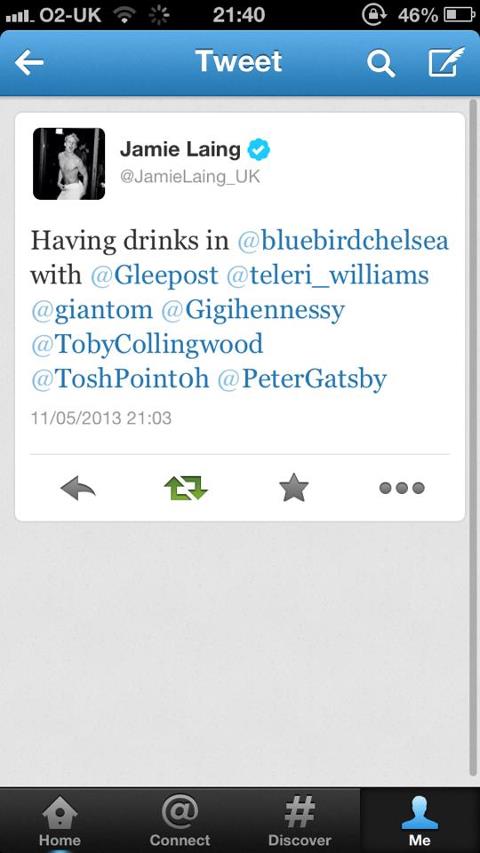 Telling us he should have been getting his beauty sleep for the following night’s BAFTAs (where he scooped a gong), Jamie disappeared home, leaving us without a celebrity chum. Fortunately, Chelsea ace Frank Lampard and his bird (Christine Bleakley) stepped in to fill the void. 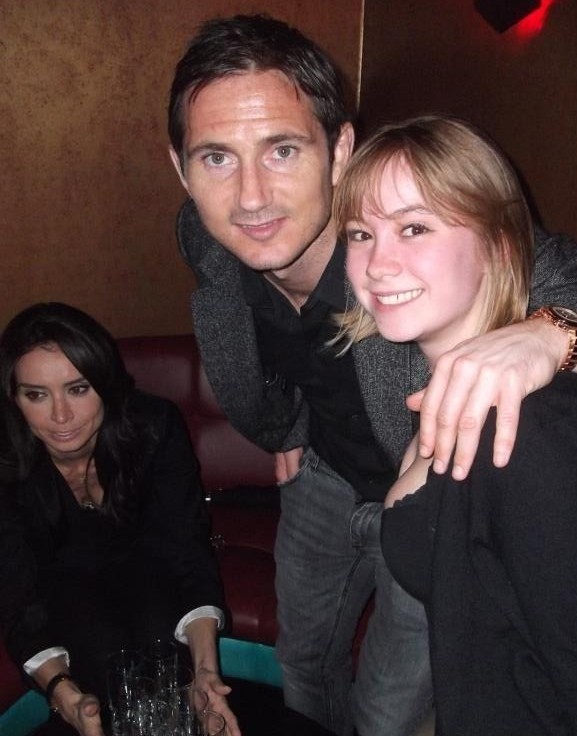 Life of a baller

Despite our best efforts we were pissed and it was time to pardy pardy Raffles style. On a dance floor previously graced by HRH Wills and Kate and spitting distance from Frank and Christine we threw some final shapes, bought a £50 round and decided to call it a night. At least we managed to get home with a bit more style, we got a taxi. 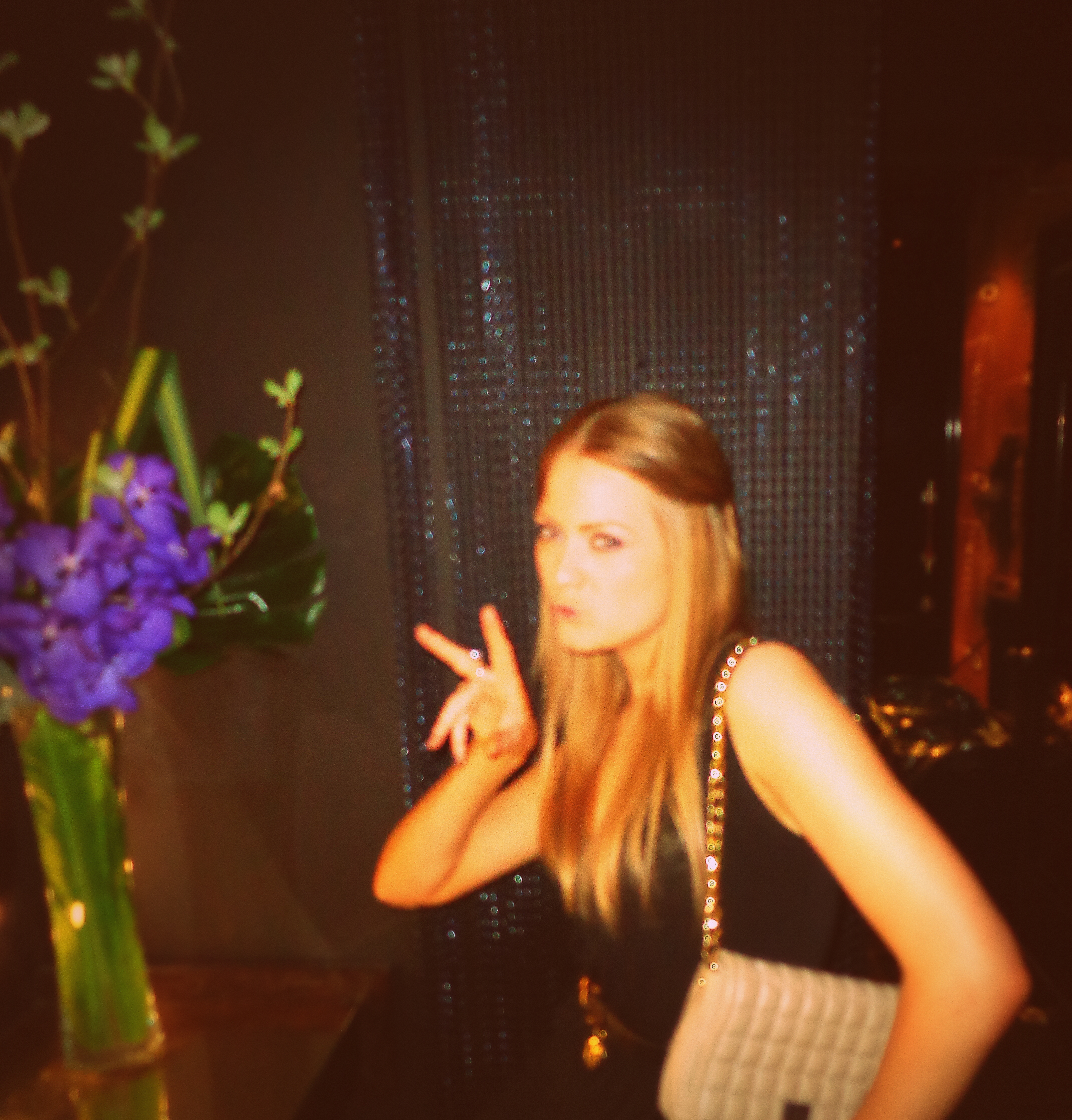 So it turns out Mr McVitie is quite the boi but underneath the banter he’s got a big heart and a good business head on his shoulders, even if he is – like all of us – just a pawn on the chessboard.

If you fancy a revision break Gleepost uniRoulette is open every Tuesday and Thursday night from 8pm and who knows? Amongst the procrastinators, you might find the man himself. We did.