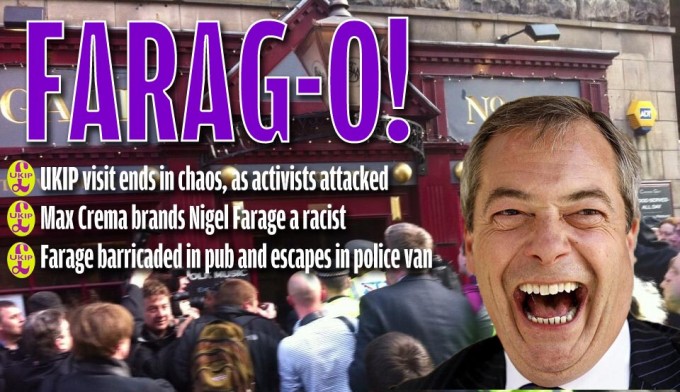 Nigel Farage’s Edinburgh visit ended in chaos as the UKIP leader was barricaded into a Royal Mile pub for his own protection.

The chaos began when the Radical Independence Campaign group took over Edinburgh’s main street at 5pm.

And the protests turned nasty when EUSA trustee Mike Shaw was arrested for pouring coke on a UKIP activist.

It went from bad to worse for UKIP when a taxi driver refused to take Farage, and he was forced to escape in a police van. 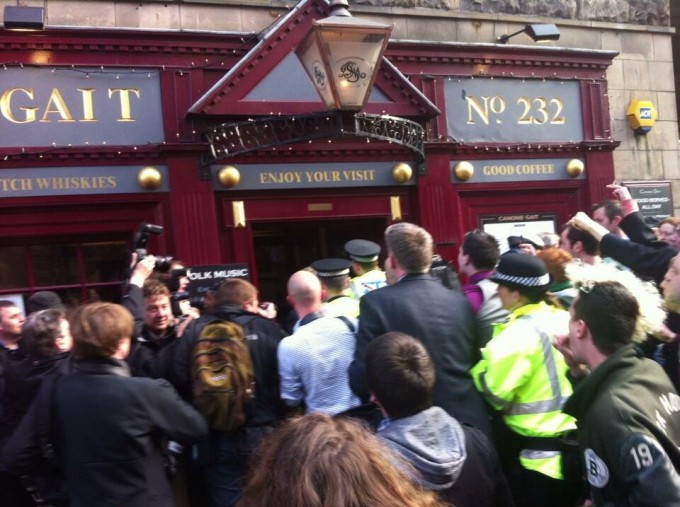 The UKIP leader, who was launching his party’s Scottish campaign, was earlier branded a racist by EUSA’s VPS Max Crema.