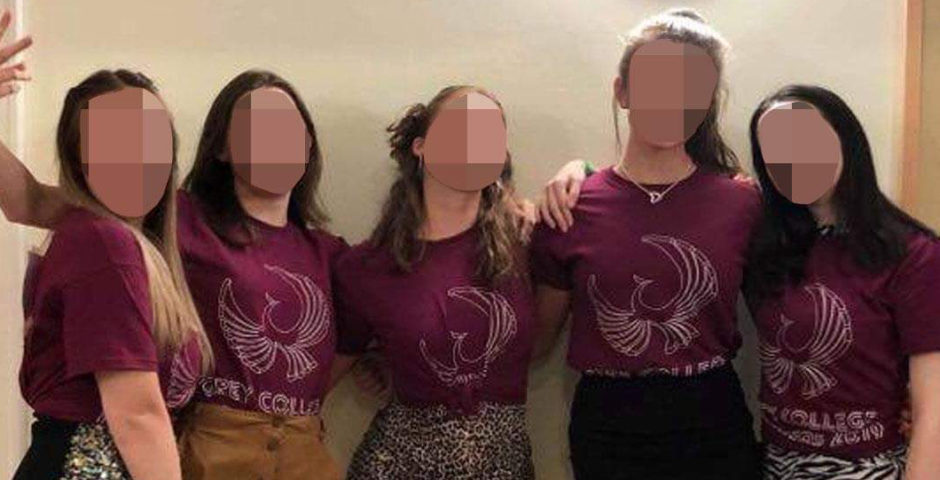 Freshers have been put off coming to Durham following the group chat revelations this week, with one fresher actively trying to move to St Andrews University instead.

The screenshots contained messages joking about rape, sexual assault and racism. One message spoke about “competing on fucking the poorest girl”. Screenshots were posted to social media, with many students commenting in outrage, and freshers saying they were now reconsidering their place at Durham.

The Tab Durham spoke to freshers, who had been planning on coming to Durham, about how they felt in light of these messages. Here’s what they had to say:

The Tab Durham spoke to Lucy*, who is coming to South College to study Business Management. She described the comments made in the group chat as “extremely unsettling, repulsive and terrifying”.

As a female, Lucy says she is worried for her safety in Durham – a place she used to feel comfortable walking around by herself. Now she feels like she’ll “have to constantly be on edge”. She says: “This isn’t what any student wants, especially when they’re trying to settle into living away from home for the first time”.

Lucy says during what is supposed to be an exciting life change, her “anxiety has peaked massively”. For her, the knowledge male freshers may have these thoughts and opinions is “scary”, and although they may not have done anything physically, she believes it’s “bizarre to allow them the opportunity to fulfil the activities they spoke of”.

In light of this, she says she hopes Durham University will take action with the boys, and not just condemn it on social media. She says that if no more repercussions come of it, she fears she has chosen the wrong university and will spend her entire degree “worried and anxious”.

At this moment in time, she says she doesn’t think she’d consider changing uni, but if this had happened a few months ago, she may have considered putting a different uni as her firm choice.

However, she discloses that if she gets to Durham and experiences some of the things discussed in the group chat, she will “definitely consider dropping out or moving uni”. 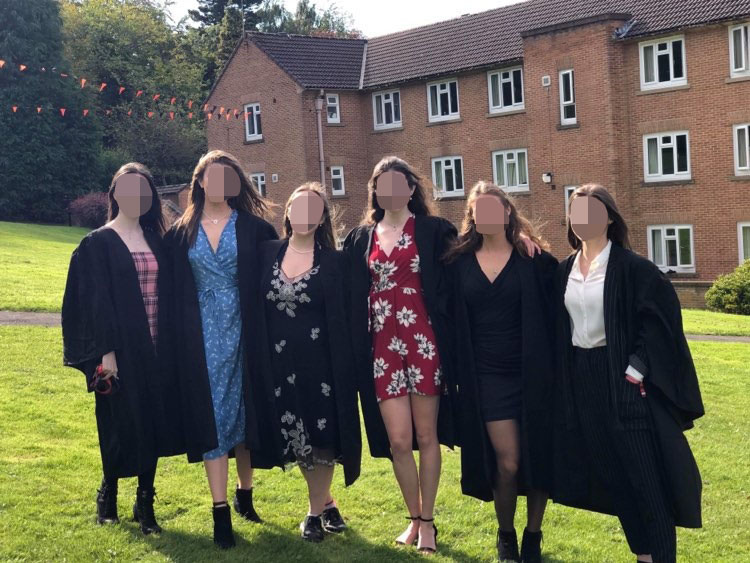 ‘Durham was my dream university, but it’s a nightmare now – I’m applying to St Andrews’

For years, Fatima had planned to study Criminology at her “dream university”. However, after seeing the group chat content, she says she’s “no longer willing to go Durham, even though it’s one of the top 10 universities”.

Fatima says she is disgusted by what is currently happening and she “didn’t expect this at all” and that it’s “ridiculous”. She says she doesn’t feel safe anymore and that her anxiety levels have increased with fears of who she can now trust, saying: “I’d probably have trust issues if I go there”.

As a direct result of the group chat, Fatima is now in the process of applying to St Andrews instead. She says she “had so much hope for Durham” and that “this should not be happening”, describing the situation as a “nightmare”.

The news which particularly “disgusted” her was that of the “‘posh lads’ discussing competitions to sleep with the poorest girl on campus”. She turns her “prayers and sympathy towards all those innocent girls that have been affected”.

Fatima reveals she has “always just seen the good side of Durham”, which was mainly through YouTube videos, that pictured it as “perfect – a great place that only a few were privileged enough to go”.

This made her decision to switch universities a difficult one, which affected her “mental state” and left her saddened that her “dreams were left as dreams never to happen in reality”. She “didn’t want to believe it at first”, but after doing her own research and speaking with family and friends, her mind to switch university was set.

For Fatima, the decision also becomes a class issue, saying she “never really felt safe”. She is from a working class family, and would feel targeted by the competition to “sleep with the poorest female fresher”. She worries that her being “poor” might mean she would “feel isolated and have a fear of talking to people”, as she knows Durham’s student population is largely private schooled. She says she stands on a social and female level “with all those that have been affected” and feels their “pain”: “They went to Durham with a dream, an aspiration to not feel guilty or blamed or ashamed of being ‘poor'”.

‘I feel so scared for the girls at uni. I feel quite powerless’

Stanley* is planning on studying Geography at Hild Bede. He says from a male perspective, reading the screenshots made him “feel sick to the stomach” and he questioned what type of environment he would be entering at Durham.

To Stanley, the knowledge he could be living next door to or in a bubble with people sharing the same thoughts as those in the group chat is “sickening”, and has left him feeling “quite scared”.

Although Stanley was not in the chat, he shares that he had talked to one of the boys in the group before the screenshots were leaked, saying that he had seemed “nice enough”. Had the screenshots not been posted on Overheard, he might have had no idea what the boy was really like, which he says “scares” him.

Usually Stanley tries to offer his female friends company on walks or in taxis, but the “horrible stuff the boys were discussing” makes him feel very “scared for the girls at uni”.

It has left him feeling “quite powerless”.

The Tab Durham has contacted Durham University for comment.