A series of screenshots from a number of group chats, believed to be for incoming Durham University freshers, were exposed in Facebook group “Overheard at Durham Uni” yesterday evening, to reveal a number of misogynistic comments.

One of the group chats is believed to have around 60 members, and makes a number of comments about rape, and whether or not members of the group will “snitch” on each other by discussing the messages with others.

Messages in the group chat open with statements including “First rule about boys club… You don’t talk about boys club”, to which other boys add “Who tf leaks a lads chat fr” and “I’m not a snitch so I’m not about to rat you out from the other group convo”. Another notes: “But keep out of it like, everything we say should be taken with a pinch of salt, that’s what epitomises a lad or boy”. 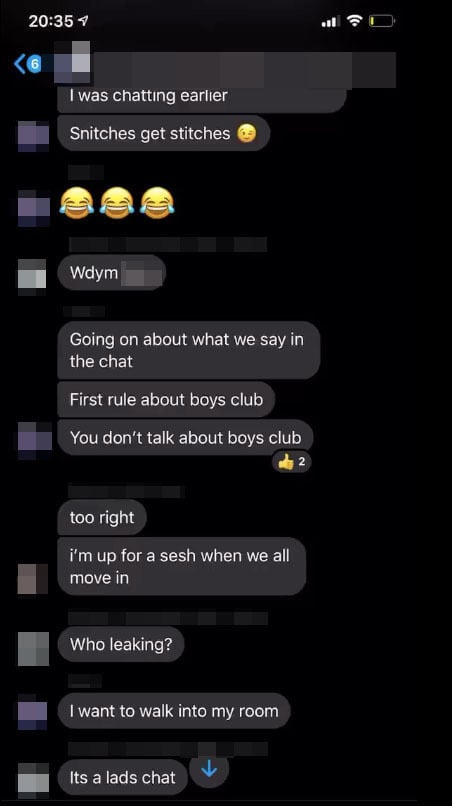 The first group chat. For the rest of the screenshots, see below

The group chat continues to make reference to “10 lads who got fined and excluded from uni… For making sexist jokes”, to which another member replies: “Time to go all Gestapo on this chat then ey”.

Sexism and rape is also discussed in the group. One member writes: “Yh n aren’t Durham dead on it w sexism n all that since that lad from durham was accused of rape a few years ago” [sic]. To this message, a boy replied “It’s called being a whore”, and another, “Can’t get enough since girls don’t put out”.

The second group chat. For the rest of the screenshots, see below

Another chat jokes about a game whereby “posh lads” compete to sleep with the “poorest” girl. A screenshot warning members of another group chat observes: “Have I told you about about the posh lads competing on fucking the poorest girl”. The Tab Durham is not able to confirm whether these messages were made in the same group chats.

The Tab Durham spoke to a member of the first group chat, who told The Tab Durham he believed the group to be “a freshers’ chat for lads that was probably set up by freshers’ ticket companies” . He stated: “The purpose of the chat wasn’t to objectify women or any of that. Most of the chat was just lads getting to know each other with those ridiculous exceptions”.

Another screenshot posted to Overheard at Durham Uni last night also makes reference to the killing of George Floyd in the USA. Although the group chat these messages came from are unknown, a third group chat shows an incoming Durham first year writing: “i could be wrong but floyd was defo not a victim of institutiional raciism whereas rodney was in my opinion.” [sic]. He adds: “in other words, floyd had it coming either way, and that may sound too harsh but thats what i think”.

The Tab Durham also spoke to the student who posted the original screenshots of the chats to Overheard at Durham Uni, who said: “The groups were set up as fresher groups, there was a lads one that was made just for guys and this was the type of language that was being said. It was sent onto some of the other group chats to warn us.

“I was outraged and decided to publicly post about it. It’s made girls say that they’re now scared to come to Durham Uni”.

Durham University also released a statement to social media last night, writing: “The University has been made aware of abhorrent comments on social media that may have been posted by some students. We utterly condemn the behaviour demonstrated in these posts, which violates the values and behaviours that we uphold as a University community.

“We have instigated an immediate investigation by our student disciplinary team. If these posts are found to be genuine and attributable, we will take action to ensure that those involved will have no place at Durham University.”

The University also told The Tab Durham: “Our students are regularly reminded to display positive and collegial conduct, an exercise responsibility and respect for others, particularly through their social media interactions.”

All screenshots of the chats: 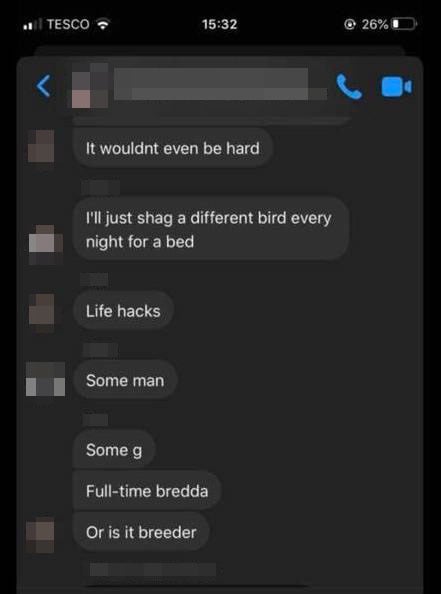 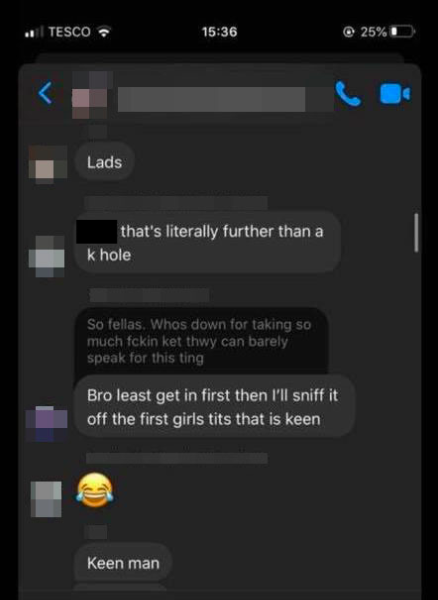 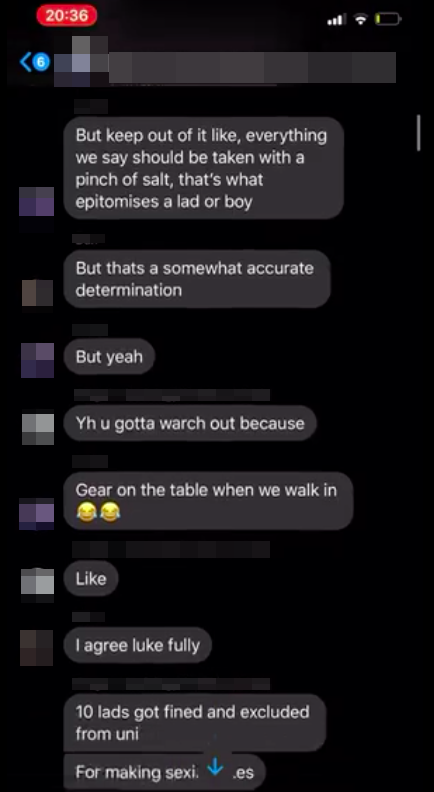 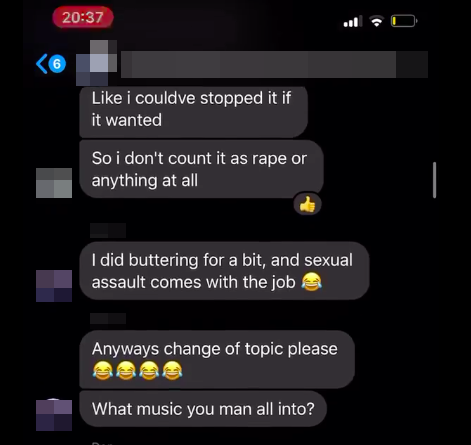 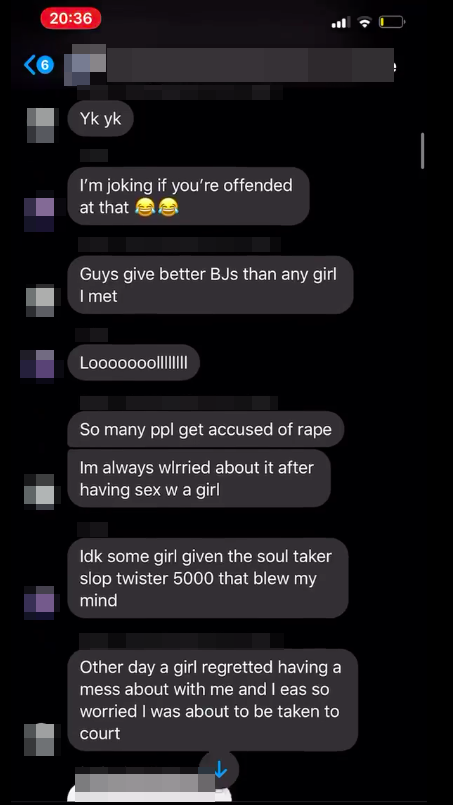 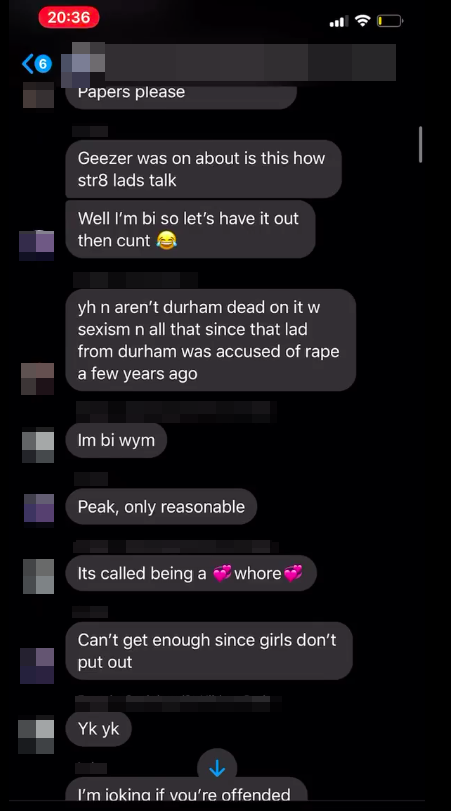 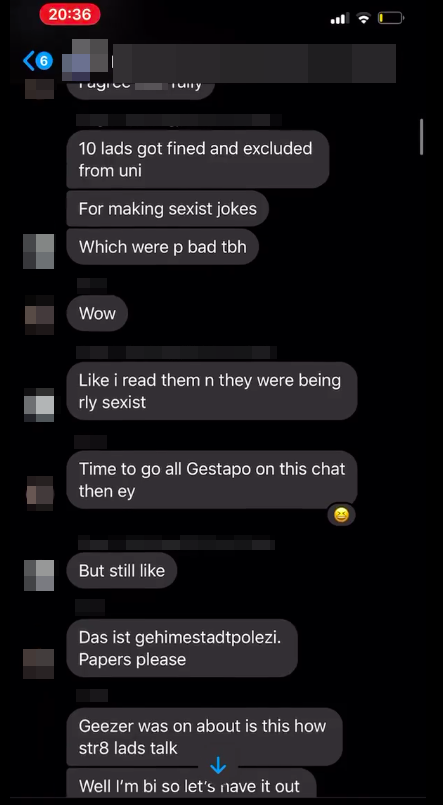 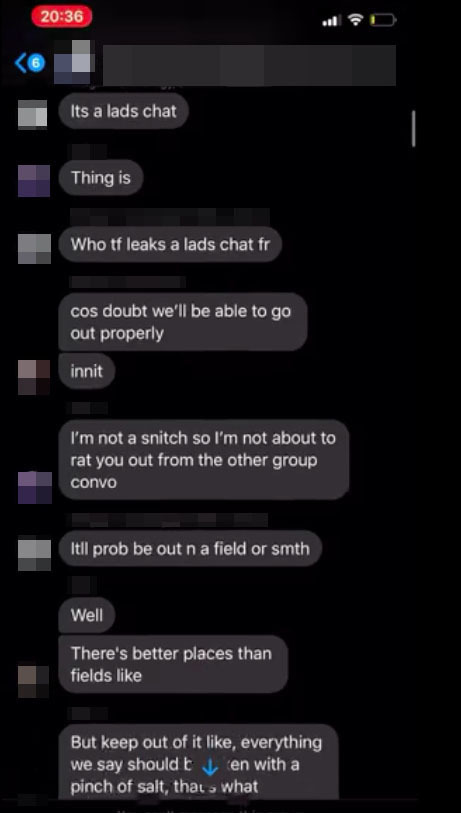 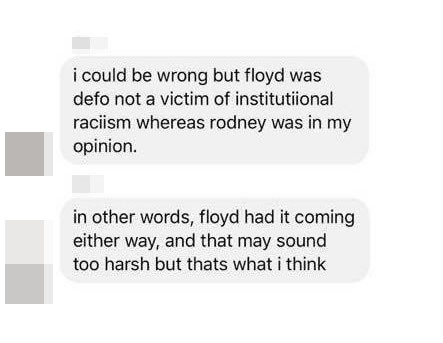