First year Computer Science students at Durham had 48 hours to complete their Computer Systems paper online but noticed in the third section of the exam that there were several errors, including solutions listed alongside the questions.

A first year CompSci student who sat the paper told The Durham Tab that questions and information on the exam paper had been mistakenly taken from lecture slides and materials that had previously been given to the students.

Most notably, the final question on the exam was missing a table and in its place was the table in answer format, meaning the solutions were provided with the question.

The exam board became aware of the issues while the exam was still live and contacted students explaining that they could not answer specific queries on the content of the exam. The exam was live for a further 24 hours after this email was sent. 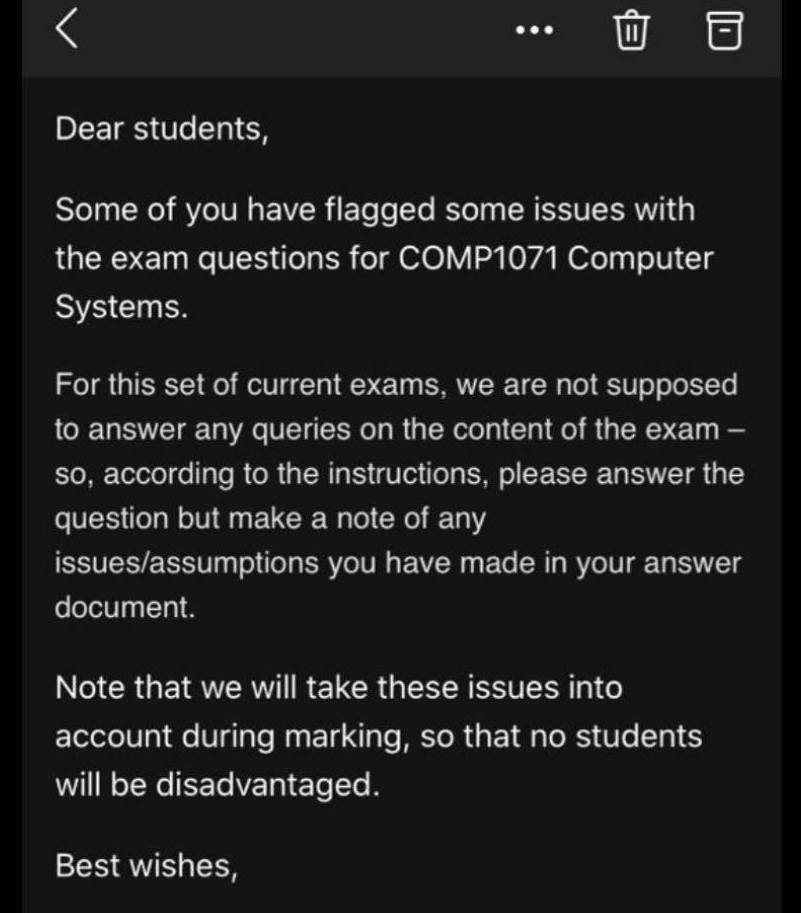 The head of department has since contacted all students who sat the exam offering explanation and an apology. To make sure that no students are put at a disadvantage due to the errors, the department have decided to discount the marks of the questions affected and are going to scale the grades accordingly.

The department also highlighted how errors in exams while unacceptable are not uncommon and due to the nature of this year’s exams being online errors could not be picked up on in ‘real time’. 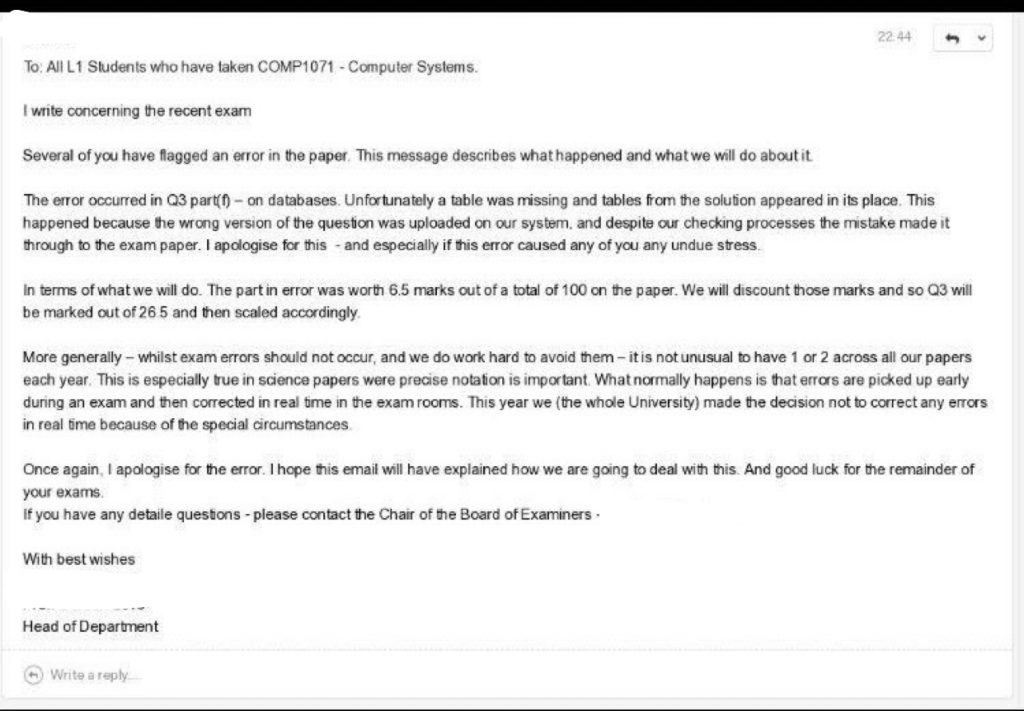 The email circulated to offer apologies