It was a cold and frosty mid-November night and freshers from Grey and Collingwood colleges were returning from their final lectures of the day, when to their shock and horror, they received an email at 17:31 from their college Vice Masters informing them of a college-wide power cut.

At first, students were advised to disperse to other colleges for their evening meal, but as the night drew on, they realised something far graver was at stake.

After soldiering on through dinner in a strange new world, freshers returned to their colleges, congregating for warmth and the promise of light from a phone torch in their communal pantries. Some desperately attempted to work in the failing glow of the safety lights; others had other priorities and considered the possibility of smoking in their rooms when they heard the rumour that the pesky fire alarms were out of action.

Yet, upon the strike of 21:17, their fates were sealed: They were to find somewhere else to stay, or be subject to the floors of Maiden Castle sports hall.

At once, cries of excitement and horror echoed through the halls, one fresher exclaiming "I'm 19 and going to a mass sleepover, definitely not a dream come true!". It was a frantic rush to pack overnight bags of "bedding or belongings" that had been advised in the email, and off they headed to the promise of electricity that Maiden Castle held. 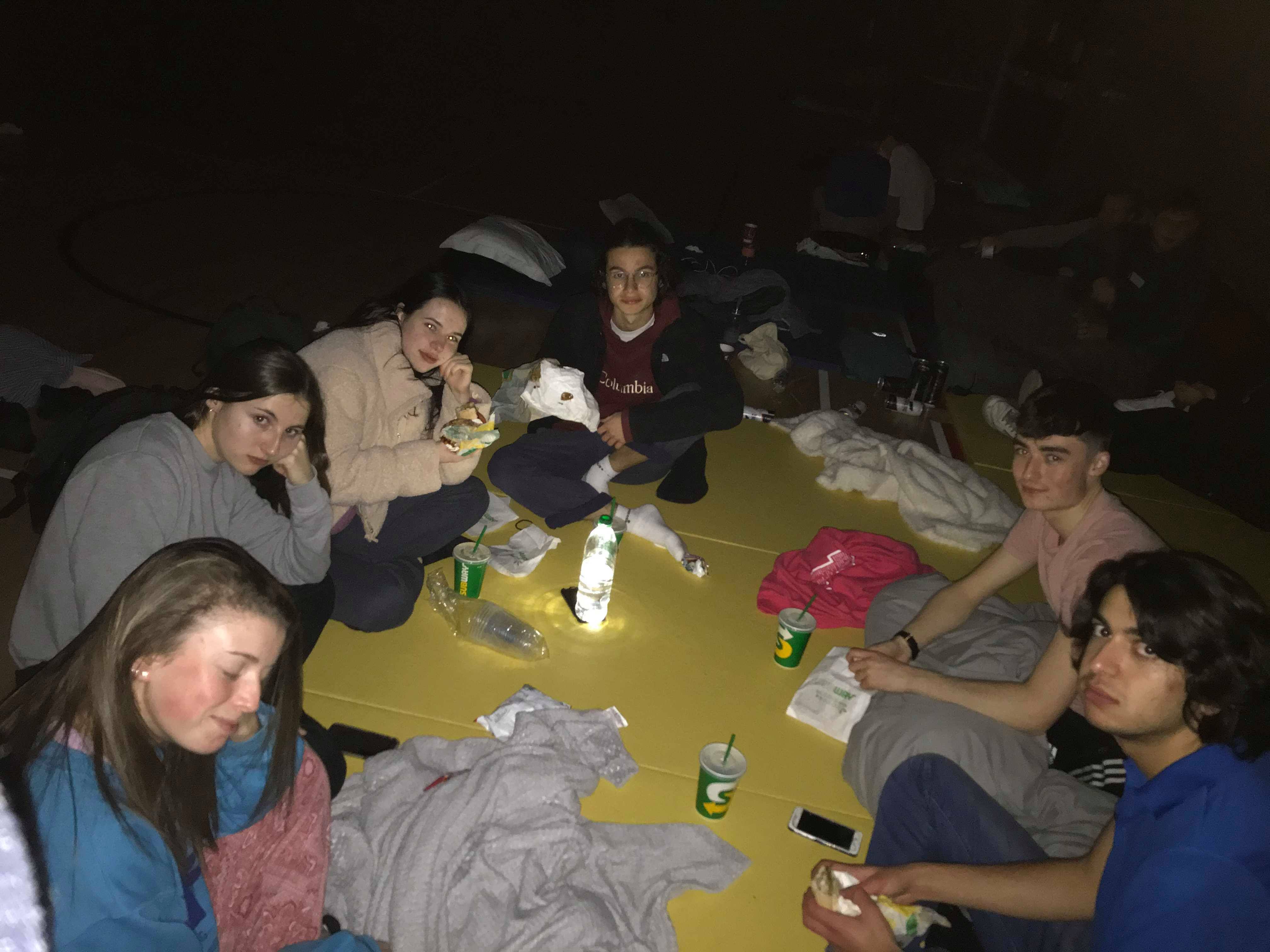 Upon arriving at Maiden Castle, their beacon of hope, around 100 freshers were pointed in the direction of mats to sleep on and promised a free cup of Costa's best tea or coffee, though one particular pearl and signet ring-wearing fresher made her thoughts known on the omission of green tea from the offering. Quelle horreur!

Still, though the sleeping conditions were very basic, accommodation this cheap is impossible to come by in Durham, and most were thankful for an excuse to complain about something other than the looming formative deadlines.

Initially, the atmosphere was good. A feeling of camaraderie emulated from the room, with notable and welcomed appearances by the college Masters, Vice Masters and JCR Presidents showing solidarity and support. Freshers were forming friendships through making full use of the hall's sports equipment – the cries of joy from an intense football game were truly reminiscent of Year 7 lunchtimes. Others however, had been far more prepared and packed a projector and Wii, making other evacuees very jealous of their game of Mario Kart. 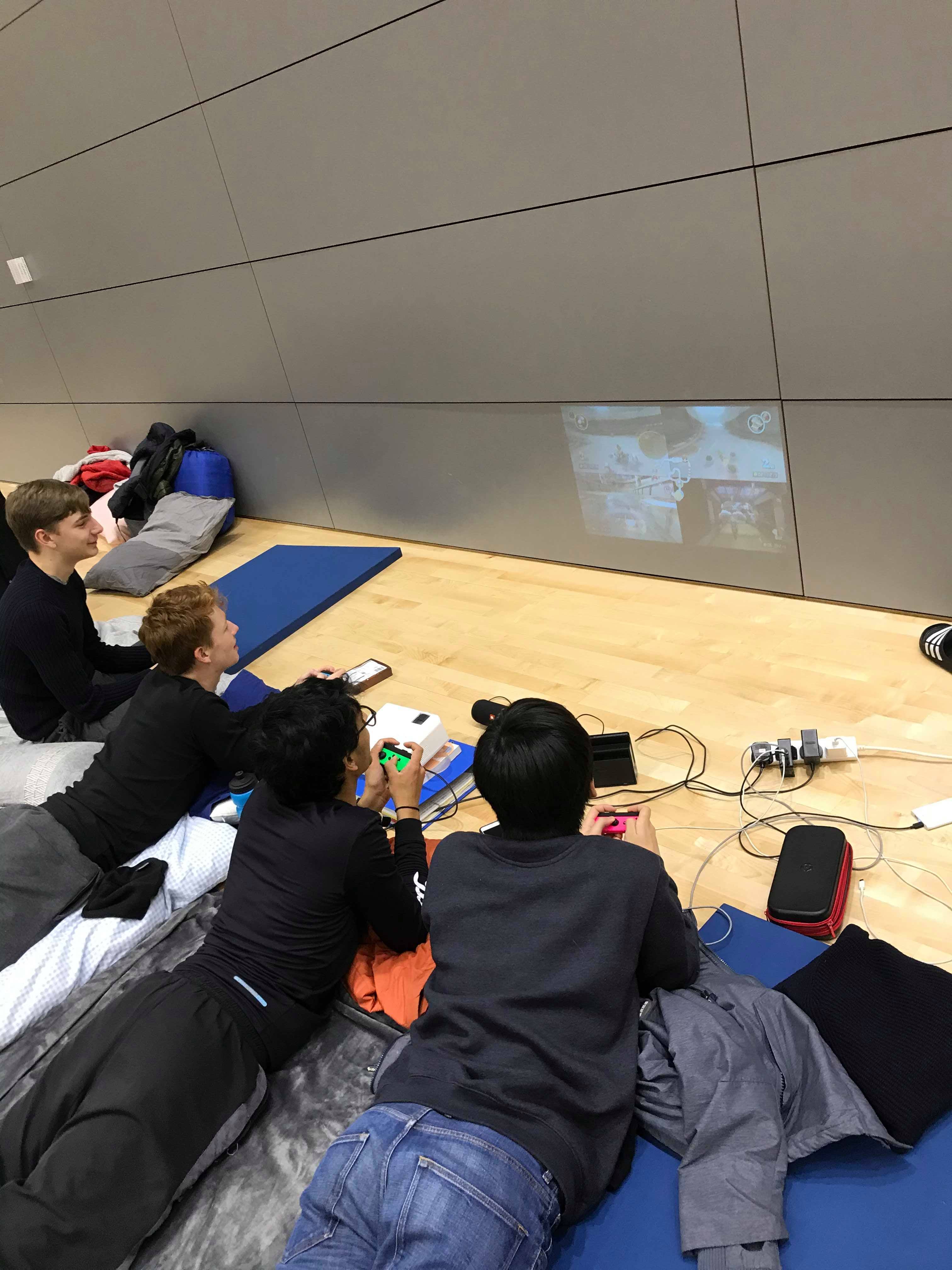 The most wholesome thing you did ever see

Yet there were of course those devoted opportunists who tried their luck at pulling. It was a desperate climate and as the lights were turned out and the room felt as though it was in the realm of sub-zero temperatures, the eagle-eyed sought out their source of warmth for the evening.

One overnight guest was asked whether she saw any funny business, to which she replied "I fucking hope not, we were all far too close together". With reports of cases of up to five people sharing one blanket, The Tab respects that sentiment. 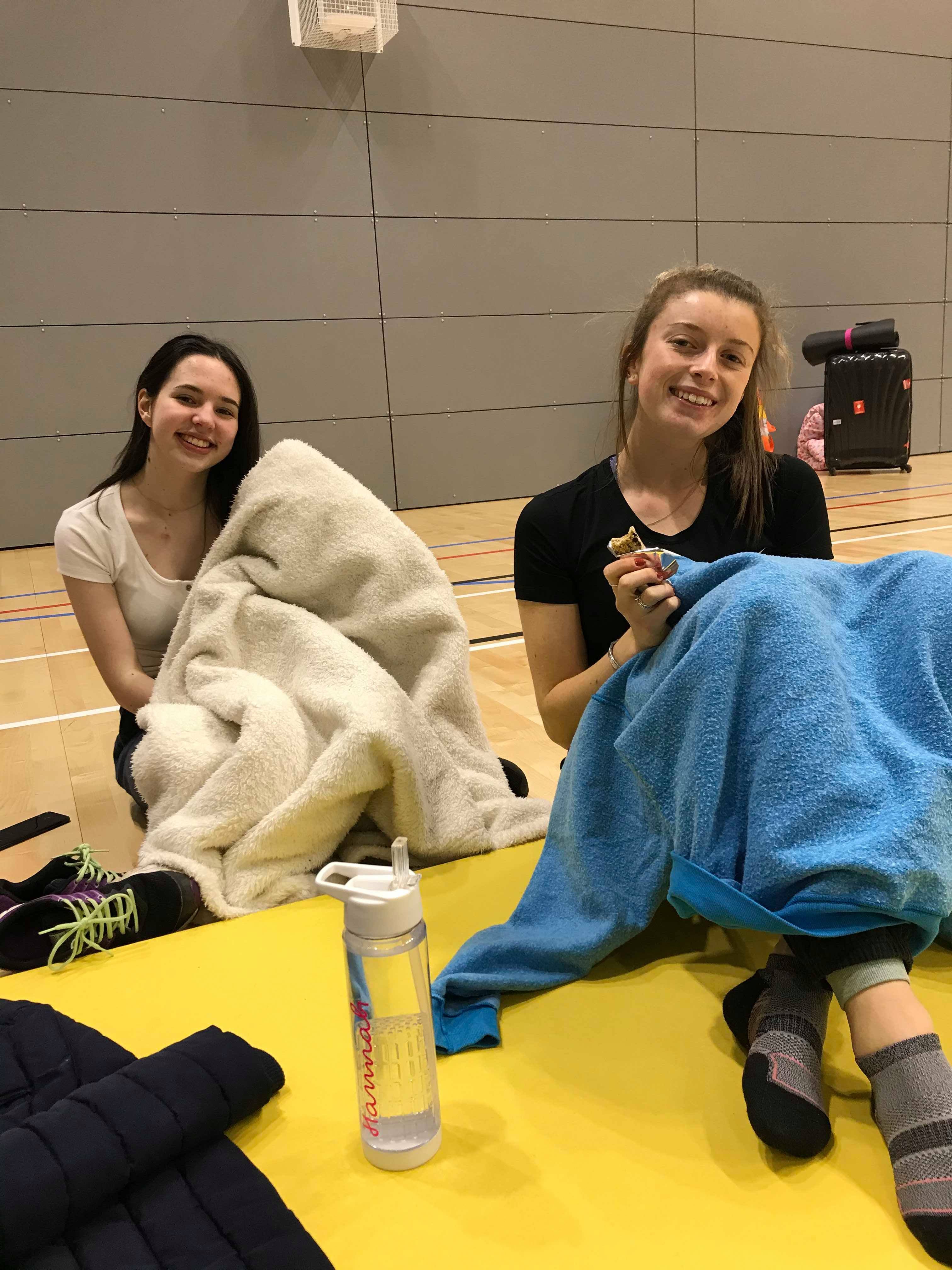 As the night drew on, circumstances proved far less than enjoyable. The mats were hard and the sound of endless coughing reverberating around the hall made sleeping a difficult feat that most longed for and only a lucky few achieved. By 6:30 it was confirmed that the colleges had been reopened and those still awake made the cold, but grateful walk of shame back to the comfort of their own rooms. One fresh could be heard saying "If they expect me to go to my 9am, they must be fucking joking". Tbh, fairs. 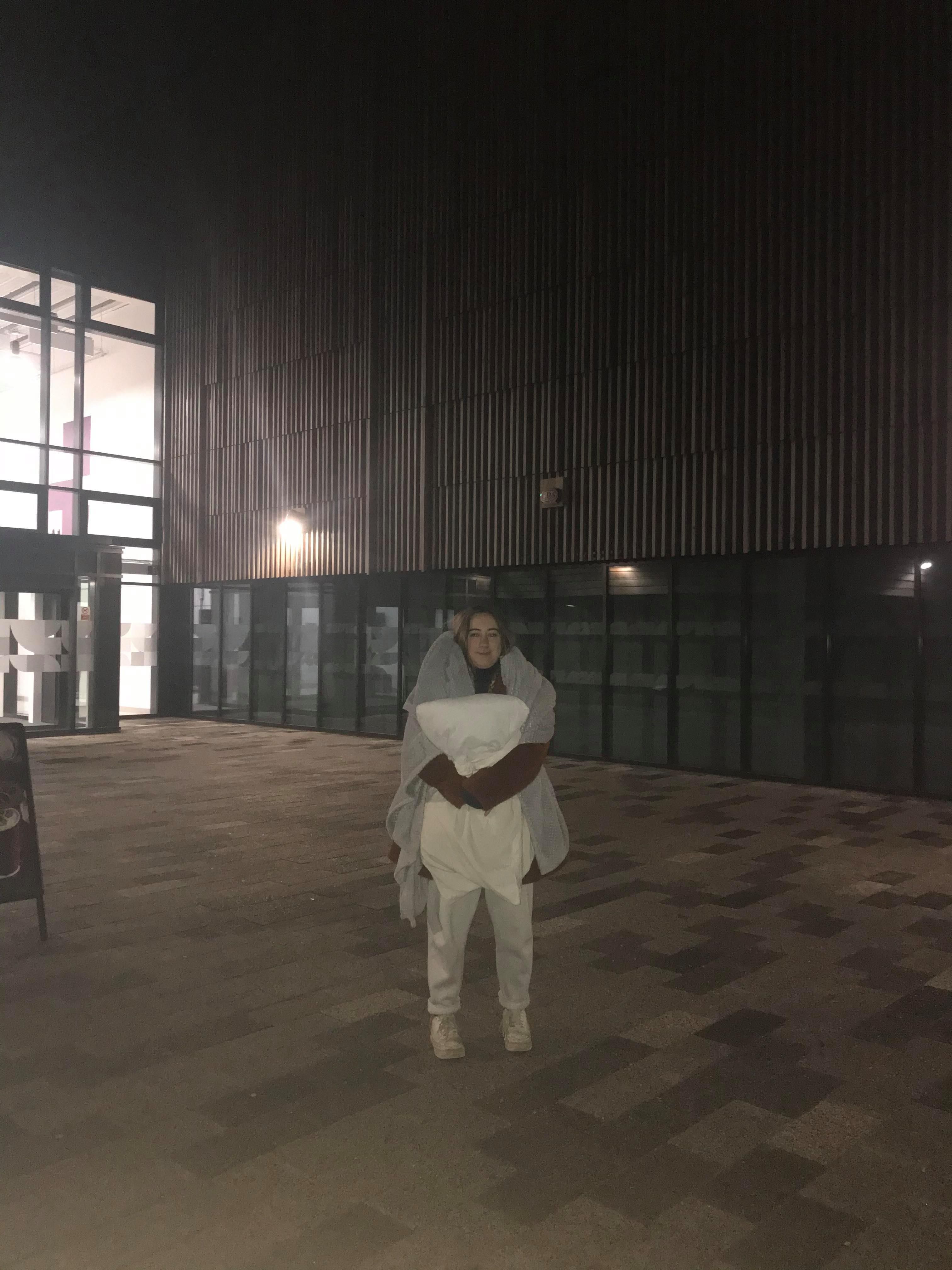 Returning from the worst sleep of my life wbu x