Meet the girls making waves in the Durham DJ scene

The music industry has seen a massive surge in superstar female DJs, with the likes of Nina Kraviz, Annie Mac and Helena Hauff leading the charge. However, representation in the Durham nightlife scene has been described by those working within as "embarrassingly tragic". Female students are "pretty much absent entirely" from behind the decks.

Speaking to some Durham event’s managers, The Durham Tab found that the majority of them admitted to having never even booked a female student. However, they were keen to stress that far from being reluctant from hiring female students, they were actually actively keen to do so.

One said he "was desperately keen to provide opportunity for female DJ’s, but finding viable candidates was a serious challenge". 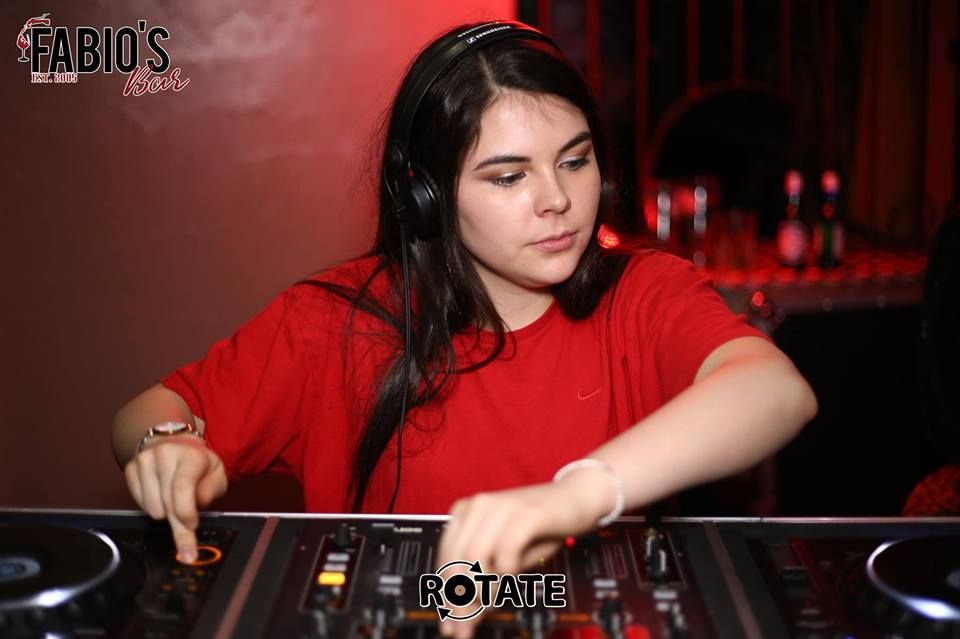 Durham is clearly lagging behind other universities. Coming over from Newcastle for tonight's Liberate event, apex Queen bee Meg Ward has warmed up for the likes of Alan Fitzpatrick, Kettama and Helena Hauff. Like all student DJs she learned her trade in the house party scene before reaching the level to secure bookings.

To understand where it’s all going wrong we spoke to Isabel Edkins and Helen Griffiths, two of the very best female DJ’s Durham has to offer, ahead of their set’s this evening at Fabio’s for the "Liberate" International Woman’s Day Charity Event. 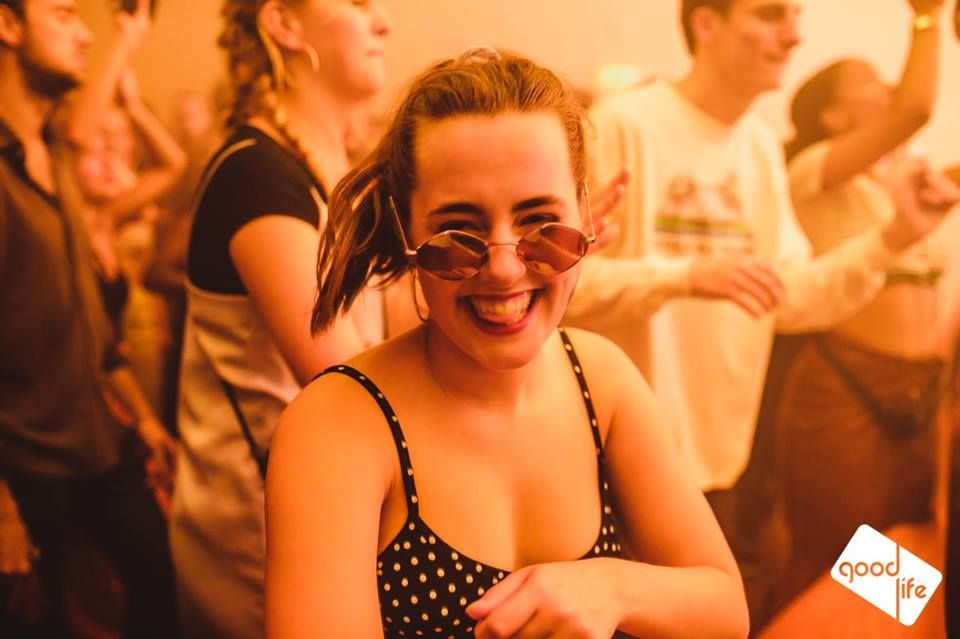 When did you begin DJing, what motivated you to start, and what were your early influences?

I only started at the beginning of this year but you’ve got to start somewhere right? I wanted to start a club night in second year set up and run by women but it basically ended up showing me that I knew nothing about actually playing music at events and that there were barely any female DJs in Durham, so I was motivated to change that.

My love for disco funk started with dancing to Chaka Khan with my Mum as a kid in the living room, but now, Terrence Parker, Coeo and Bileo all do bits. Haai is also my idol.

How do you feel when you’re DJing? – Do you remember what it felt to play for the first time in front of the crowd? Did it go well?

I love it. Honestly, I dance way more than anyone on the dance floor (think that’s a bad thing…) but I just love the energy behind the decks. I was so scared before I played for the first time in front of a crowd but, although sets never go perfectly smooth, as long as people are dancing and having a good time, then I classify it as going well. 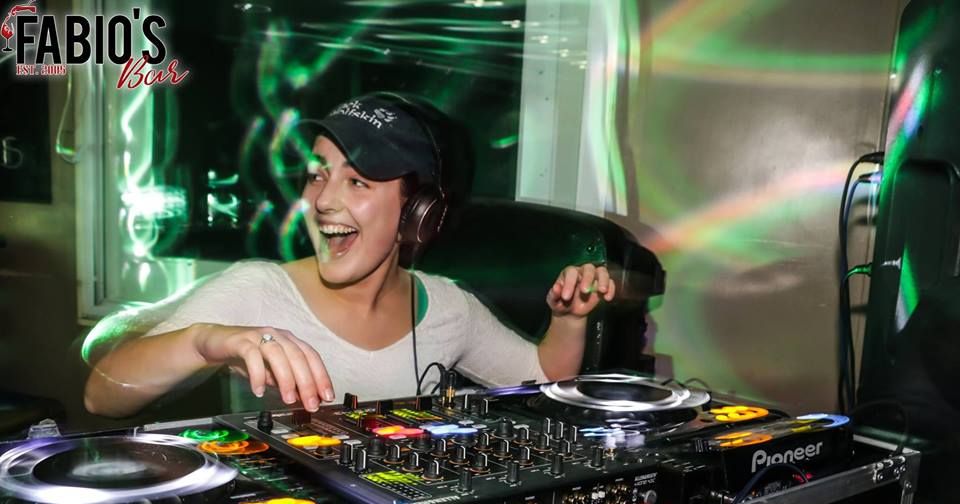 How would you characterise your particular style and in which directions do you see yourself/want to develop?

Afro-beats, electro dance and disco-funk. But I’m not going to lie, I find genres confusing. Basically, I just play songs that I’d want to dance to and fingers crossed, they roughly fit into those categories. I’m working on developing my songs at the moment so I can play a chill cocktail party to a heavy basement rave in one afternoon.

What obstacles have you faced as a Female DJ, why do you think there are so few other female DJs in Durham and what can be done to change that?

If you take that first step and commit to it, as long as you keep practising and tell people you DJ, there aren’t many obstacles facing female DJs. There has been a couple of sly comments of "when are the male DJs coming on?" and "are you just setting up the equipment for the real DJ?" when I’ve played but you’re the one earning money while they’re blind drunk, so they’re pretty easy to ignore.

I think it needs female DJs to just take that first step and go to public events to showcase themselves. And if you have never played before and just want to get into it, I promise, DJ soc is a great place to start. I also think that event runners pick their mates who DJ, and most of them are male at the moment, so it would be great if they went out their way to get females playing instead, or as much, as the males.

What advice would you give to other Female Students looking to follow in your footsteps?

Be really confident (fake it until you make it baby), go to DJ society to get taught the basics and build your network (they don’t bite I promise) and ask to get on the decks at any opportunity (after parties are your friend). 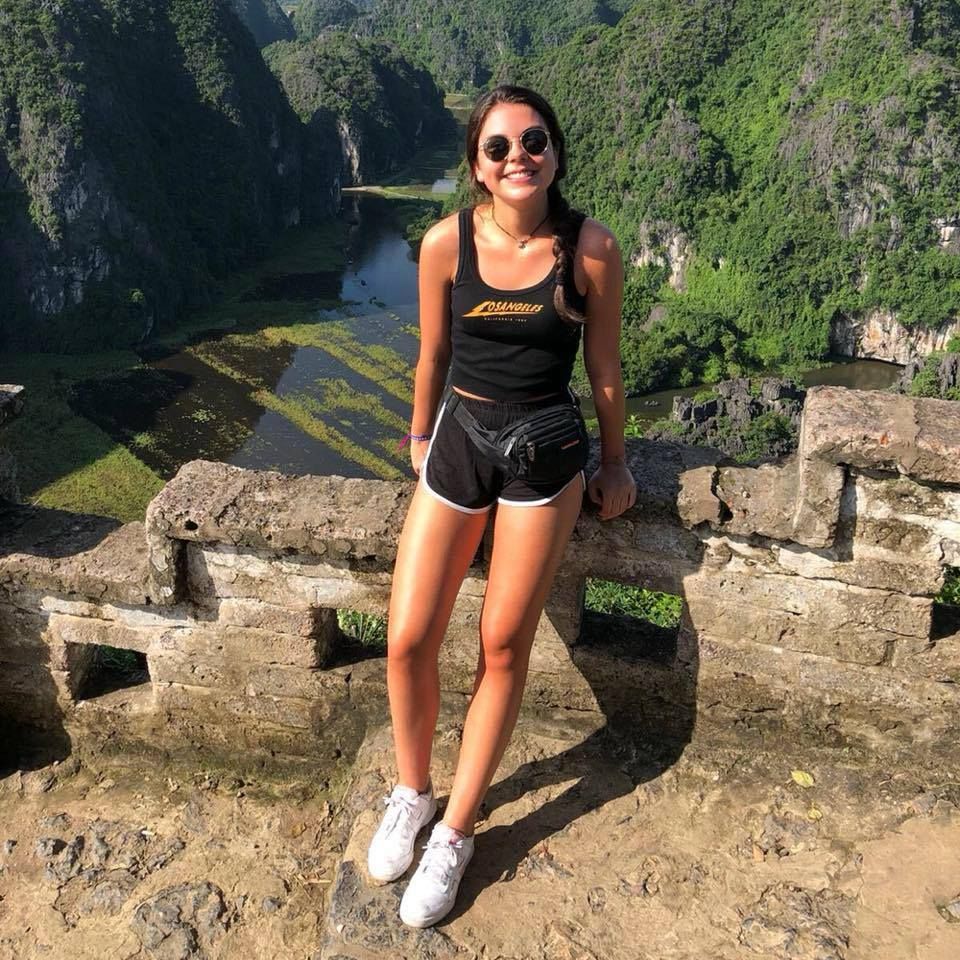 When did you begin DJing, what motivated you to start and what were your early influences?

I began DJing at the beginning of my third year at Durham – I have always (secretly) wanted to give it a proper go having played around on friends’ decks at various points throughout Uni.

My music taste gradually developed over the years to encompass more than just what I found on the charts (I’m cool I know), and, inspired by a few Newcastle nights out, I wanted to explore music more. Early influences include, to drop a few names in the mix (pardon the pun), Bellaire, Folamour, Loods, Bobby Analog and Mall Grab.

How do you feel when you’re DJing? Do you remember what it felt like to play for the first time in front of a crowd? Did it go well?

Sounds very cliché, but I genuinely do get a "buzz" when I’m DJing – I literally can’t get enough of it, which admittedly must be really annoying for my friends when my decks seem to "turn up" mysteriously everywhere I go.

The first time I played in front of a crowd was very scary, knowing my every move would be blown up on a huge sound system. Alas, I made the mistake of thinking the crowd would actually clock my mistakes (forgetting most people are pretty drunk), so you could probably say it "went well" as there were no complaints – and at least I had a good time, right?

How would you characterise your particular style and in which directions do you see yourself/want to develop?

I would characterise my style as absolutely sick! Haha but would also say my style encompasses disco/funk house/groove – basically upbeat tunes you can boogie to. I want to develop my style further in this direction, build up my library more and master mixing techniques suitable to these genres.

What obstacles have you faced as a female DJ? Why do you think there are so few other female DJs in Durham and what can be done to change that?

The only major obstacles I would say I have faced as a female DJ were myself, because I thought it was a "boy thing" and was embarrassed to admit I wanted to do it. Secondly, people laughed when I first said I DJ, but then shortly after saying "that’s actually kinda cool" (most of the time anyway).

I think a lot of women feel like you won’t be taken seriously if you go for it, but actually once you put yourself out there, you’ll find there is a huge gap in the market for female DJs at Durham, which has actually worked in my favour. All that needs to be done to change this is for more women to put themselves out there."

What advice would you give to other female students looking to follow in your footsteps?

Don’t be embarrassed – it’s cool, I promise. And don’t be terrible at it.

The female DJs will be played at Fabio's bar tonight from 10:30pm until 2am.

All money raised will go to The Halo Project. A national project that support's victims of honour-based violence, forced marriages and FGM by providing appropriate advice and help to victims.

The Facebook event for tonight can be found here.