No joke, we won

Round, Yule, Toynbee and Murray literally took University challenge and smashed it in half. With a final score of 200 they beat Keble college by 100 points.

Oxford took the lead and for a short while we were forty points behind them. Yet with answers from Murray being produced in a flash of lightening and logical discussions within the team they managed to push their way into the lead.

Disappointingly our Durham heroes were unable to recognise the iconic Stone Roses and lost a comparative question, but they made up for it with knowledge of Virginia Woolf, Rembrandt and the musical Cabaret. 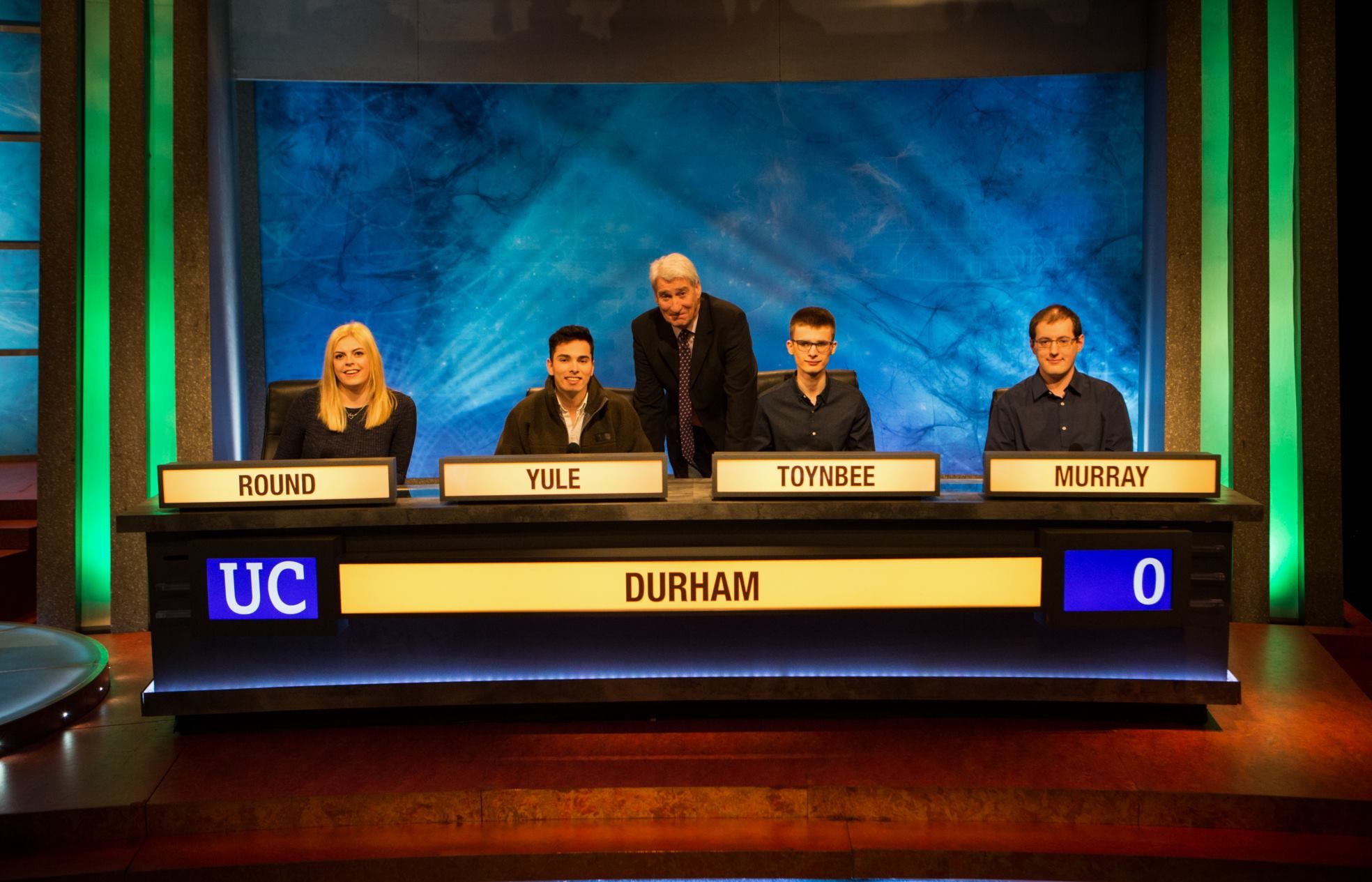 One round for Keble College involved identifying flags, which proved to be tough for our rivals. Paxman described the Nicaraguan flag only for Keble college to identify it as "Honduras". The funny side? This was the answer for the previous question … which they also got wrong. Nice one.

A defining moment in Durham history which can only be greeted with: thank you, our Monday's were just made.

Round, Yule, Toynbee and Murray, we salute you.