Forget Flat White, we took on the latest in Durham’s cozy café culture

Iz Tarsh is The Tab Durham's new Food Editor. Keep up with her column as she brings you the honest truth about Durham's food scene.

To begin a new food column, it seemed only fitting to start with a new restaurant.

Although Riverview Kitchen has been open for a few weeks now, students might not be aware of this new gem that has opened up where Bella Italia used to be, serving breakfast and lunch every day. 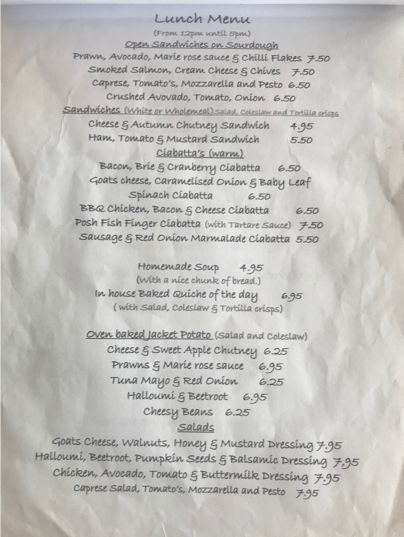 On first look at the menu, I have to admit I was not inspired. At lunchtime, Riverview mostly serves sandwiches, with some salads, baked potatoes and burgers, but all on the same variation of flavours.

But, as I spent some more time reading through the options, there were quite a few items that caught my eye, like the prawn open sandwich, or the panko chicken burger. Plus, if I had been a little bit hungrier, I could have ordered the pancakes without any second thoughts.

What I also noticed about the menu was the prices. Granted, they are in line with most of the other lunch fair in Durham (like Lebaneat or Fat Hippo), but it’s still nice, as someone who comes from London, to see that I can easily get a good lunch for under a tenner. The only price point that didn’t really make sense to me was the £10 burgers, but that’s only because in Durham you can get cheaper burgers elsewhere. 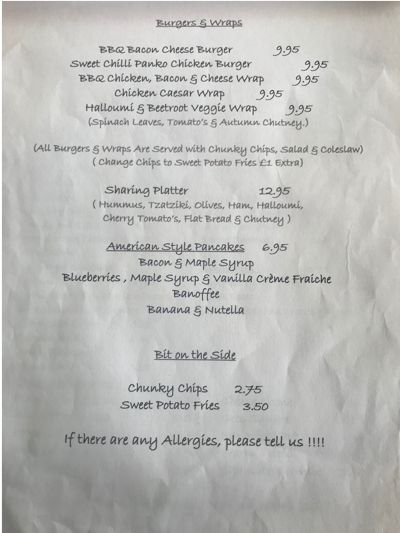 Having said that, both myself and my lunch date ended up ordering the quiche of the day, which was goats cheese and red onion. When it arrived, I was very excited to try it, as it was all golden, and there were little morsels of caramelised onion visible throughout, but unfortunately it did not live up to expectations.

The filling was really flavourful, but the crust was far too thick, and extremely chewy, making the quiche quite unpleasant by the time I got to the edges where the crust was thickest.

I suppose that’s what you get for not ordering a sandwich when there's a menu full of sandwiches, and if I returned I would try the goats cheese, onion, and spinach ciabatta, for the same flavours, without the inch of crust to chew through. 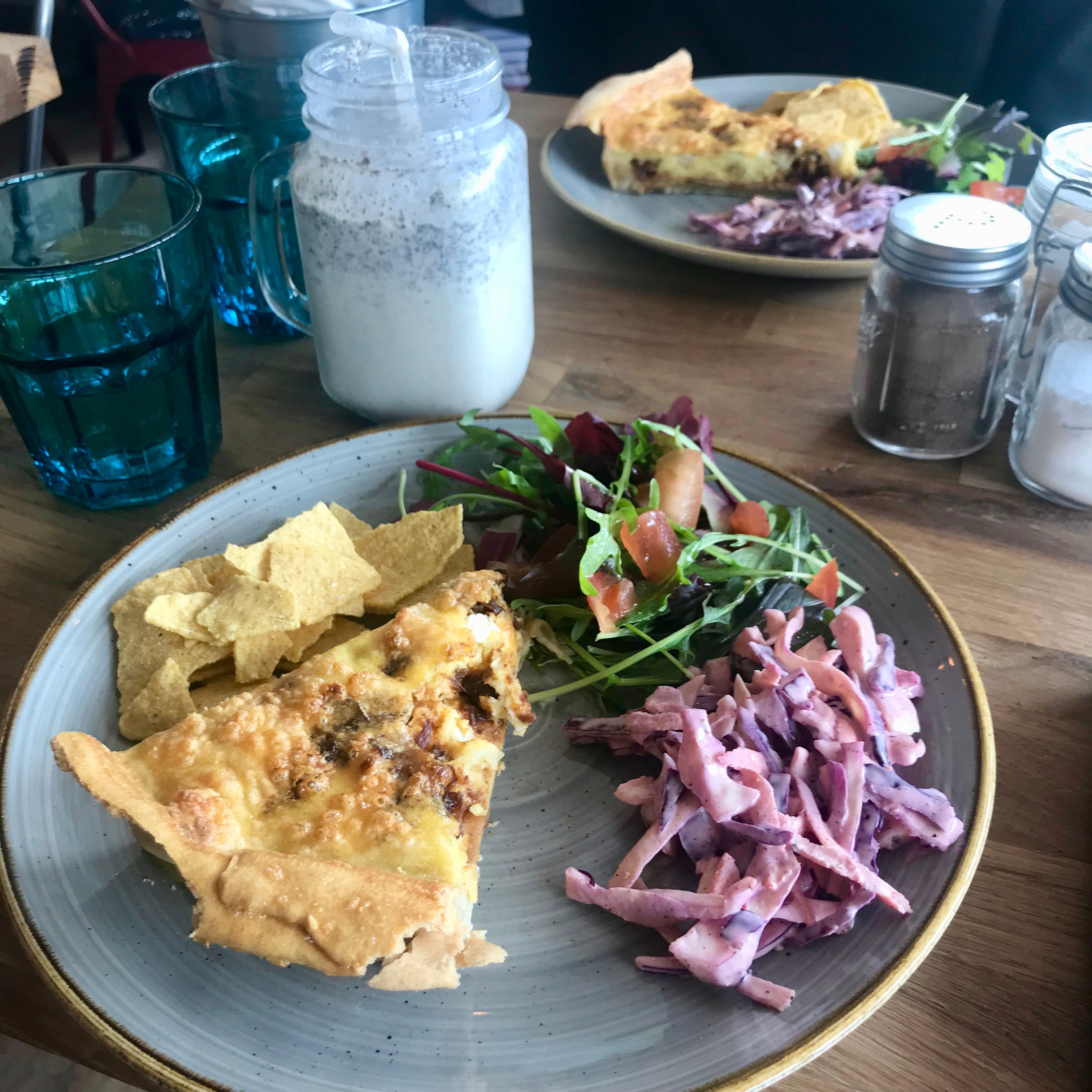 Other than the quiche itself, the plate of food was very nice, with the coleslaw only being lightly dressed in mayo (as is my preference), the green salad was crisp and a note of freshness on the plate, and you can never go wrong with a handful of salty tortilla chips (even if they seemed like a slightly odd pairing with the rest of the plate).

My friend also ordered an oreo milkshake, which was rich and creamy, but not too sweet or gritty, as oreo milkshakes can tend to be. There was also a display of heavenly looking cakes, scones, and traybakes by the entrance, which we managed to resist, but I have been thinking about that brownie for 24 hours and might have to go back and buy it eventually, to see if it’s as good as it looked. 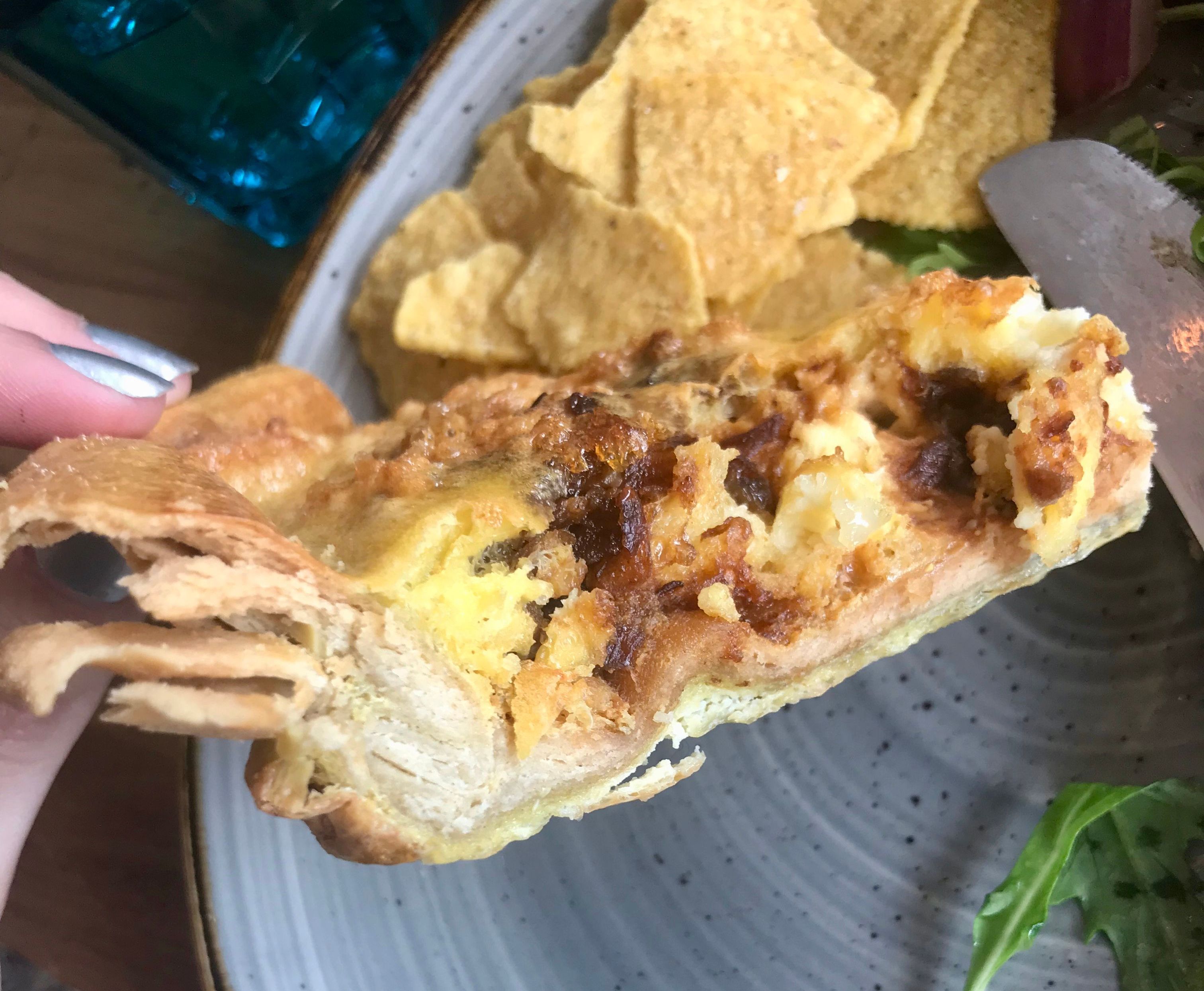 In terms of décor, it is a really lovely spot. The owners have done a lot of work to make it feel warm and light, keeping the exposed brickwork but also adding in some fun light fixtures and cushions, making it feel like you’re going somewhere ‘nice’ for lunch, and not just to a sandwich café, which is particularly helped by the beautiful views on to the river (I recommend sitting in the back). There is also a small outside eating area, which will be lovely during summer.

All in all, I was impressed by the service and the breezy ambience, even if the food was a bit underwhelming. Will I go back? Maybe for breakfast – someone needs to try and give Flat White a run for their money!