The Secretary of the Durham Union Society (DUS), David Van Egghen, has resigned after making a host of sexist and racist comments, having said that women make rape "more likely" by wearing "short skirts".

Responding to the question of whether a woman can provoke rape by what she is wearing, the Secretary said: "It's like leaving your door unlocked, you don't provoke robbery but you make it more likely". 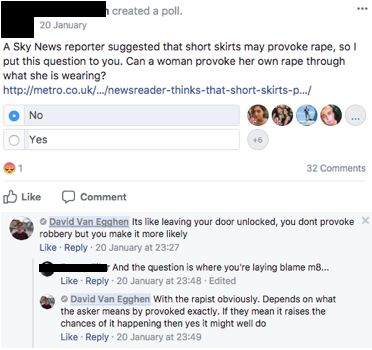 Commenting on David's resignation, Jack Gilmore, President of the DUS, said: "We have taken this issue very seriously and decided that this is the right course of action."

The comments, which he posted on the Facebook group, Young Liberal Society, also included transphobic remarks and a defence of white supremacist Richard Spencer.

In another post on the group, he compared menstruation to defecation, claiming: "both are bodily functions that are taboo for good reason". 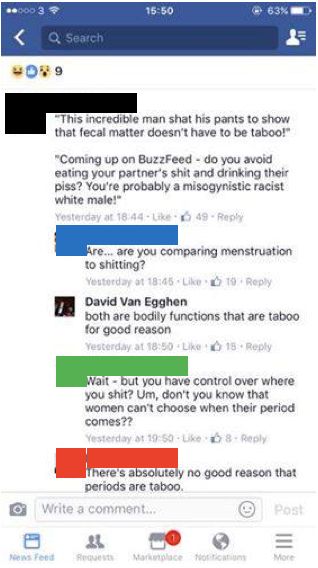 When, on a further post, challenged about why he supported anti-semite and racist Richard Spencer, Mr. Van Egghen said it was because "white British […] people will be a minority in their countries fairly soon".

Then, asked whether he thought immigration of non-white people into Britain was regrettable, he responded that it is a "bad thing" because "British culture will not continue".

As the conversation continued, the Secretary claimed that "areas with large migrant populations in Britain have an evidently different and mostly foreign culture", which he also viewed as regrettable. 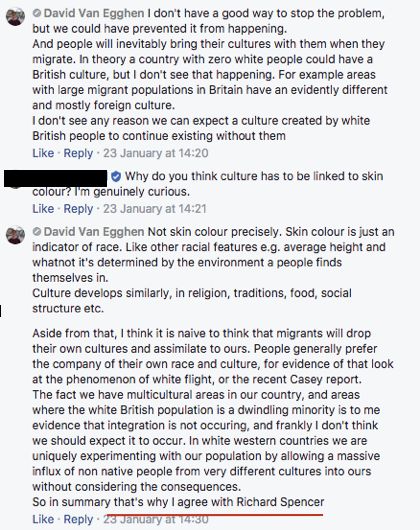 In addition, Mr. Van Egghen sidelined individuals of non-binary gender, arguing that "if you are born male or female you should accept it and not expect society to conform to what gender you would rather be".

Hannah Speed, former Director of Debating at the DUS, said: "Someone who shames women for menstruating, fundamentally fails to understand consent, and refuses to to condemn white supremacy, should not be the face of the Union Society".

Responding to the earlier revelation of the posts, Mr Van Egghen told The Palatinate: “Those comments were made the best part of a year ago, I apologise for offence caused by my remarks.

“I have been democratically elected by the General Committee and would like to get on with the job I have been asked to do.

"I would like to reassure members that in future I will act in a manner more befitting the role of Secretary.”

A previous DUS Secretary also resigned from his position when he was arrested and bailed following allegations of rape.