A ski trip like no other. This time to Avoriaz!

Meet the Exec behind the biggest single University snow sports event in the UK! 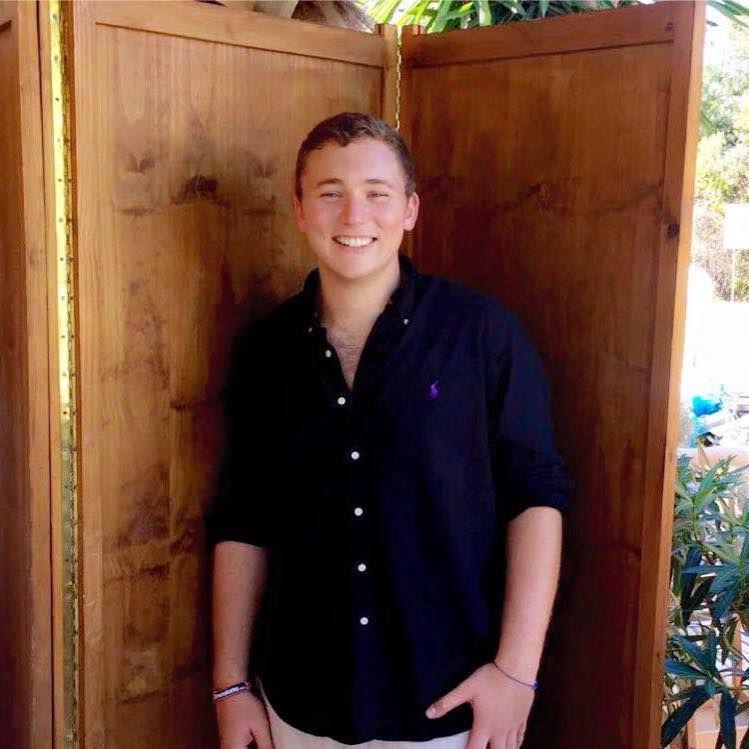 Having worked hard as the technical director last year, a role he has this year deemed redundant, Eddy has been promoted to Palatinalps 2018 president and promises that this year will be the 'biggest and best yet'.

Whether or not he finally makes a Palatinalps app remains to be seen, but this trailblazing leader is already taking us where no Palatinalps has been before; Avoriaz.

Eddy insists it was the brand new events and huge ski area that inspired his choice.

We think it's because everyone gets driven around in horse and cart there, because he doesn’t like walking. 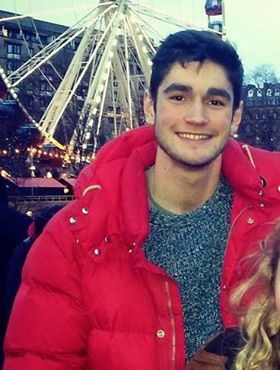 Matthew Freeman is the tall dark and handsome man that clogs up your social media with pure Palatinalps promo. If you don’t warm to him at first, give him four days and you’ll definitely like him. The Palatinalps social media campaign has seen more right swipes than ever before, and Matthew is hoping to transfer his skills to his own personal profile – watch out ladies. Matthew’s bright personality has ensured that the onslaught of promotional posts have continued to be cheerful and amusing, so make sure you’ve liked the page to keep up to date. We all know there’s no better conversation starter than “have you seen the latest Palatinalps post?” 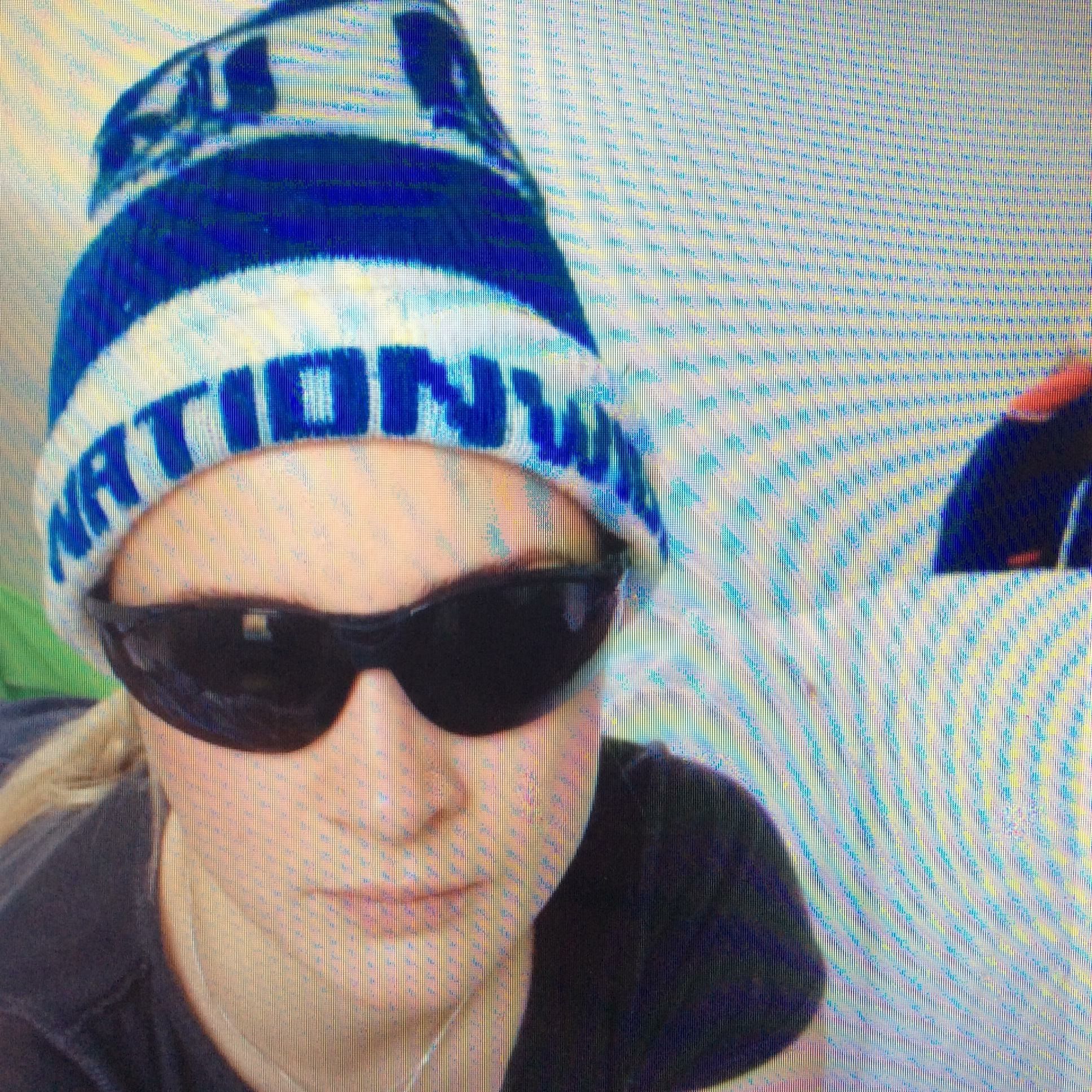 Known to her friends as 'Danger Davies' not due to her nature but instead her persistent requests in an attempts to certify her edgy yet garish appearance.

Being the ex – Race Cap of DUSSC it will come as no surprise that this easy-on-the-eye committee member is often spotted sporting lack of clothing. Despite this, we are confident that Issy's artistic skills will ensure that this year's stash is the best yet.

Danger Davies is proving her value as Eddy's Vice President, there to support him when needed, and serving him cheesy chips when not. Either way Issy's involvement in the trip is paramount to its success. 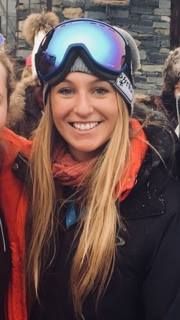 Whipping the college reps into shape this year, we have pocket rocket and all around authoritarian Lily Thompson.

Don’t be deceived by her adorable appearance and bubbly exterior, our head rep is truly a force to be reckoned with.

Our go to girl for the biggest Palatinalps edition to date; catch her putting locals to shame on the slopes or working the dance floor amidst a group of her DUSSC disciples. 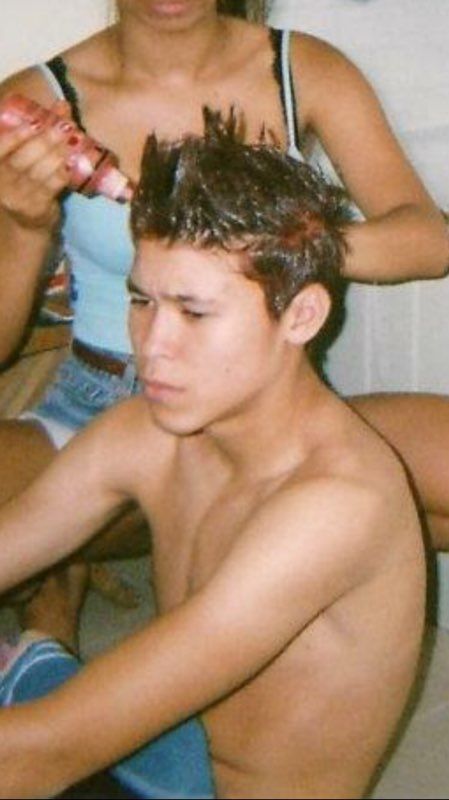 Riki to his mates, DJ Hard Brexit to his fans has asked that we include this biography from party organisers Gorilla Rhythm:

'A man who needs no introduction in Durham. His deep knowledge of music has had him play a wide variety of events, freak out, regular at café Havana and notably his night Papaya which raised over £1000 for charity. He's an integral part of Durham nightlife and we're excited to announce that we've invited him to share the depths of his collection with us, at night where he's not bounded by bpm or genre.'

We should add that Riki has managed to find time outside of his extensive Durham nightflife commitments to organise killer events for Palatinalps 2018. 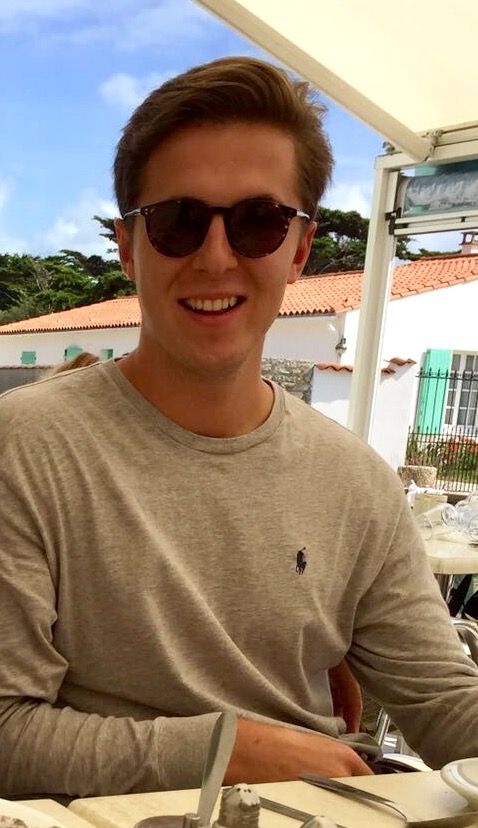 Presumably planning a career at KPMG, Will's role is to keep a keen eye on the Palatinalps 2018 accounts.

Finding funding for key essentials like headliners and Palatinalps condoms is what Will does best. Generous support from our sponsors makes a lot of things possible but sometimes Will has to make tough decisions too. 'No', he said to the suggestion of a building a chairlift to Josephine Butler, he wanted to save money for surprises on trip. 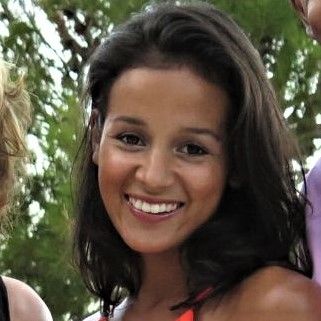 Hannah is this year's graphics designer and the one responsible for making everything you see look good. You may already know her as a former DUSSC freestyle captain and DU model, now the girl of many talents has taken up her best venture yet. The undeniable Queen of the castle and of graphics.

Expect to see her tearing up the slopes with seamless style by day, by night count yourself lucky to catch her throwing effortless shapes on the dance floor or strutting her stuff on the catwalk. 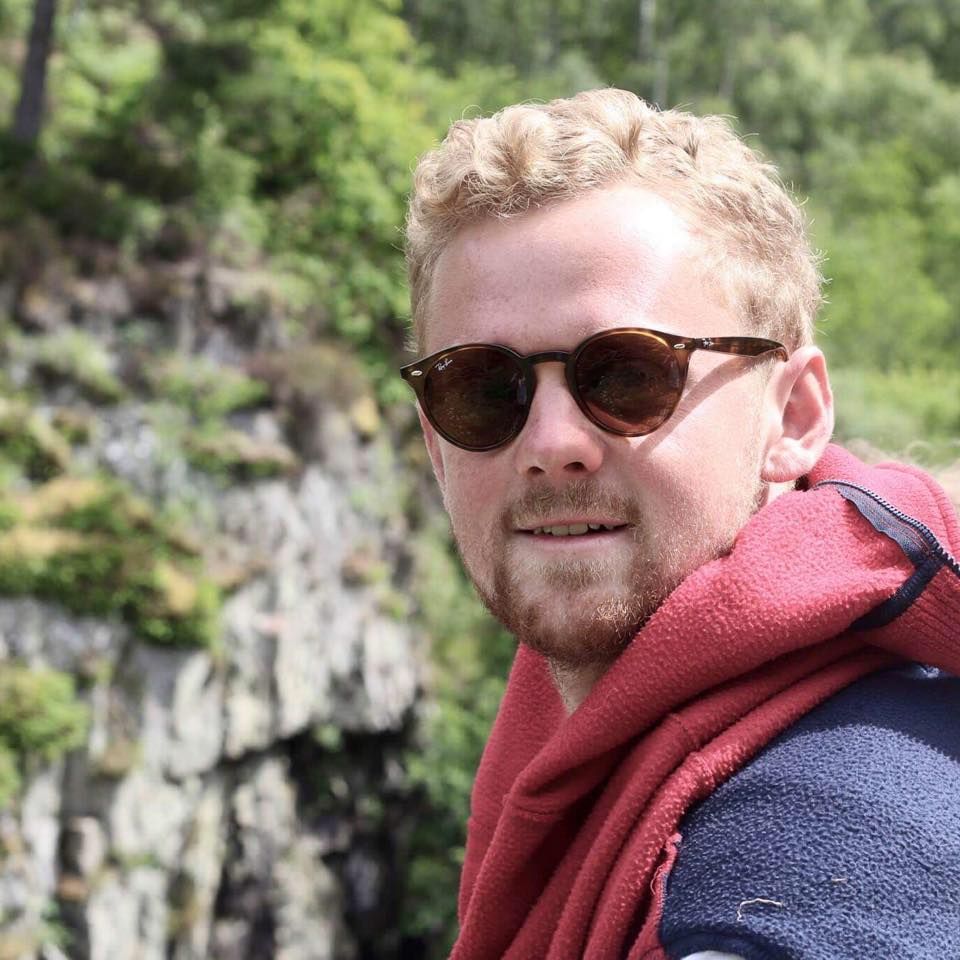 Known as Charlie Bailey, this guy began to feed his insatiable desire to organise events by launching first one club night, then another, and before long he was managing most of Durham's best loved nights.

A keen skier himself, Charlie won the role of Treasurer on Palatinalps committee at the end of his first year and the year after that he was President.

Taking a turn as co – Head of Events, Palatinalps 2018 could well be the pinnacle of an illustrious three years providing parties.

The question is, will Weaver Bros be playing? Book on now to find out. 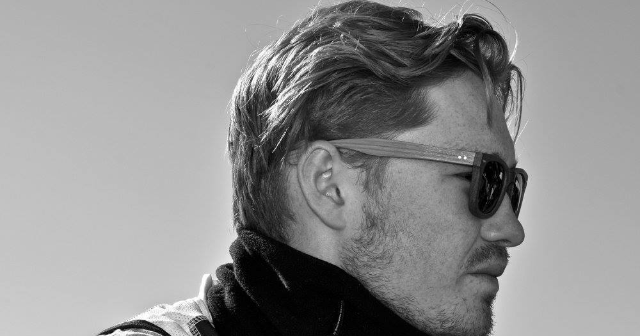 Every year, the renowned freestyle and racing comps produce high octane moments on the slopes; whether it's the seasoned freestylers getting twisty at Big Air or the amateur duals team dressed as teletubbies.

Current vice president of DUSSC, skeezy Scot and proud Irn Bru shareholder, Andrew is keen to deliver the most spectacular slope battles ever.

A natural sendmaster having competed in both freestyle and racing at national tournaments, he's looking to inspire the adrenaline junkie in all of you. 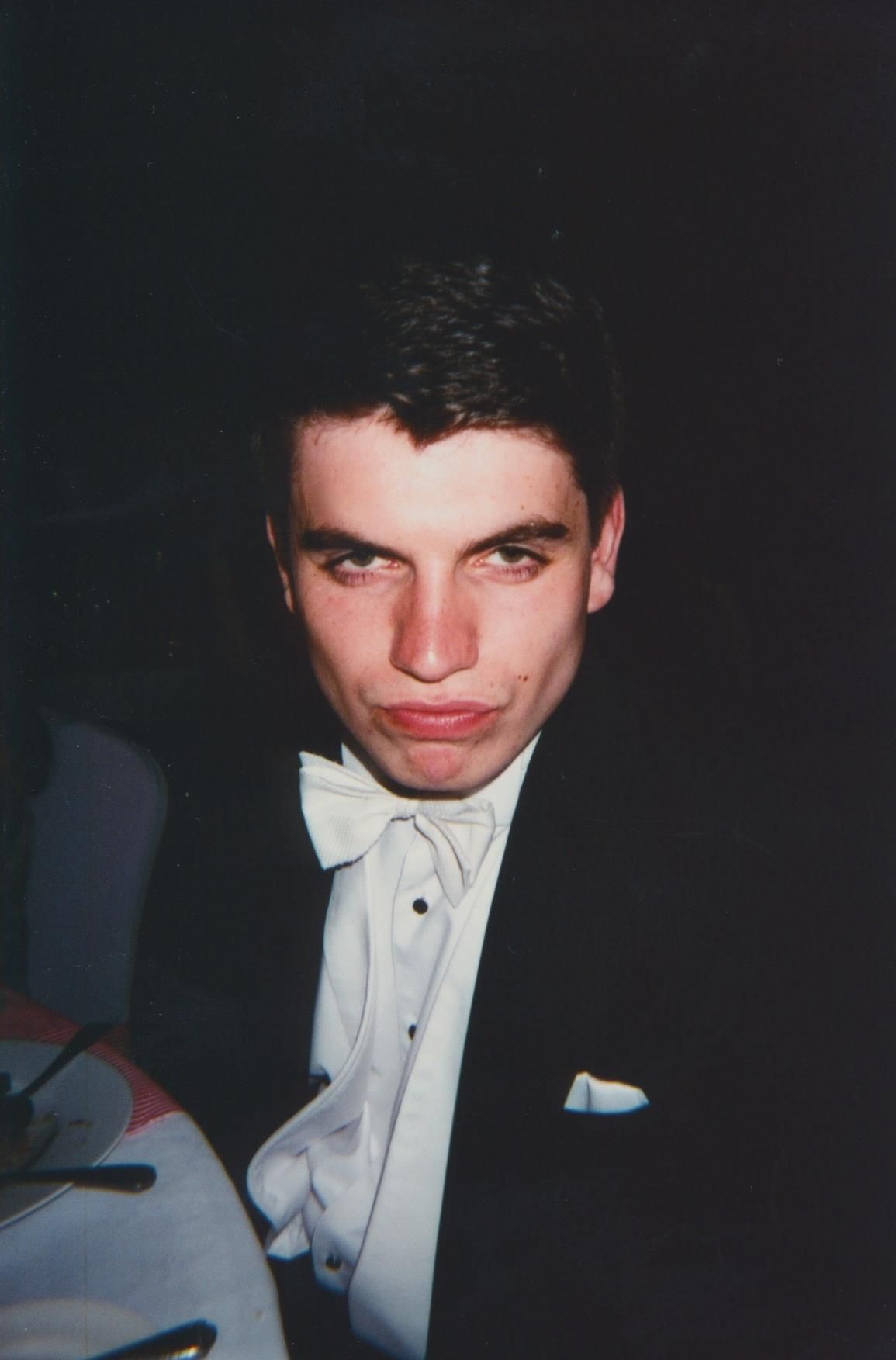 George will be working his corporate charm with our sponsors and Avoriaz to pad out Palatinalps’ wallet and make the week even better!

When not schmoozing sponsors you’ll often find him with a bottle of gin, or vigorously applying to internships. Keep your eyes peeled for his finds of competition prizes, and exclusive discounts at bars and restaurants in resort…

See you in Avoriaz then?

Booking is still open with limited places left (less than 100), to secure a place click here.

Now I know why my Fyp is full of thrifting videos

They only go up

She joins the cast tonight

‘I got really short of breath’: What it’s like getting a blood clot from the pill

‘The experience made me wary of the combined pill’

What percentage bent copper are you? Take this quiz to find out

Only Kate Fleming is getting zero here

Quiz: Which era of Made in Chelsea do you belong in?

The Lucy Watson era is elite

If you’ve managed to recover, here are the 37 best memes about Line of Duty last night

If anything has happened to Kate we will riot

He says Love Island was not ‘as it seems’

Under 30s can get paid £5,000 to be reinfected with coronavirus

Ngl could really do with the money