All the realities of a night out in Klute

Dead fish and schweffing sharks? What’s not to love.

When people say it’s grim up North, it’s easy to imagine that some southerner stumbled across Klute by mistake and then went sprinting back to Essex.

“Fuckin’ hell,’ said Shakespeare to Richard III. ‘I went up to visit Bede, but you’ll never guess where he took me…” 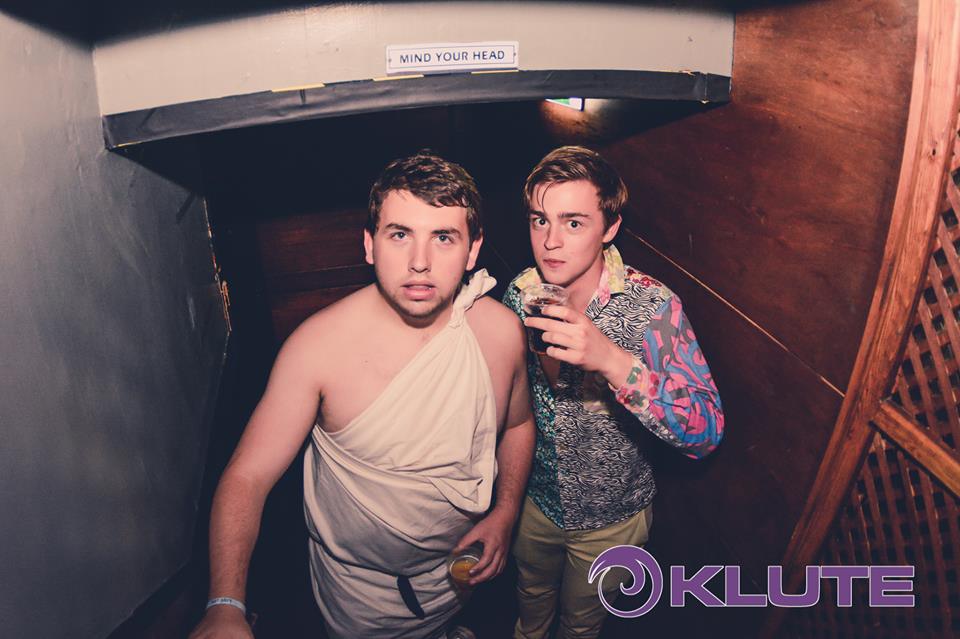 Your night starts out just like any other, with predrinks at someone’s house in the Viaduct as you try to figure out where to go next. Someone suggests Klute, and you all get swept up in the nostalgia of first year.

Remember that night when Tom drank five Quaddies and then threw up outside Urban Oven? Tom does. Urban Oven does. And so, grinning like a band of intoxicated hyenas, you set off for the infamous purple sign.

You’ll rock up at about half eleven, barely noticing the guy who peaked too early stumbling out of the side door. You’ll trip up the stairs, desperately hoping that the bouncer didn’t notice, but feeling of a bald Northerner silently judging you vanishes when someone shouts that they’re getting Quaddies. 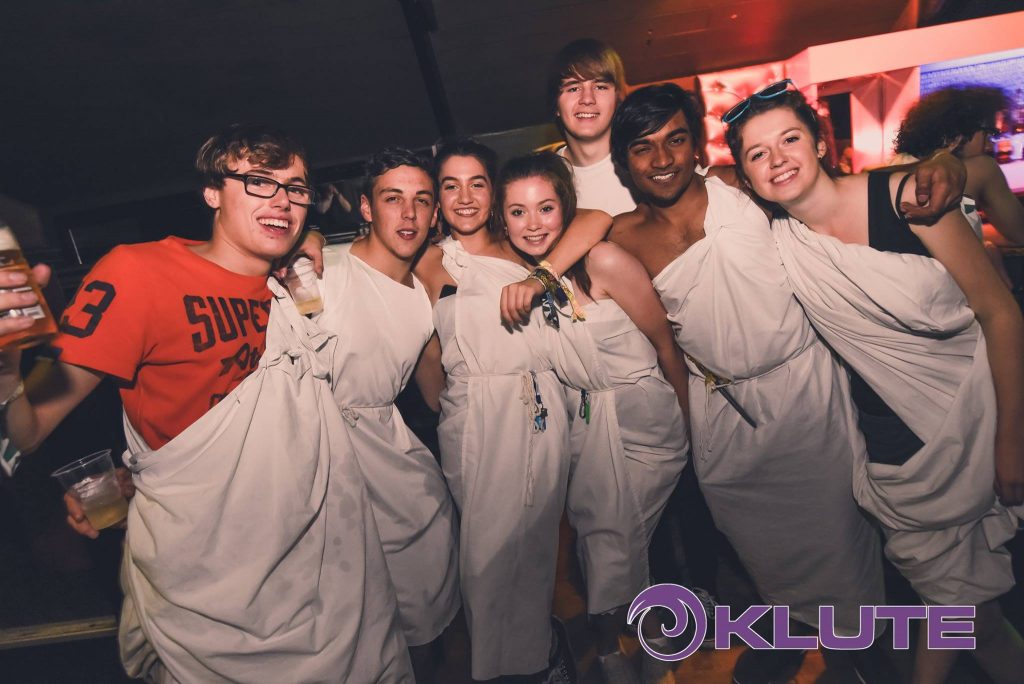 Your mate brings over more plastic cups than he can carry, and two of them end up in front of you. You drink, and immediately regret it. The one-time lure of Klute has now been watered down so much that you can barely taste the imminent liver failure any more.

The music will be pounding so loudly that it feels like your heart is trying to escape your chest, although that might be something to do with the Frosty Jack’s that you had at pres. Has there always been a running cheetah on the TV screen?

As you wave your arms around in a vaguely acceptable version of the robot, you notice that your group has splintered off as people start to find romantic partners, impressed by the squiffy courtship rituals going on. 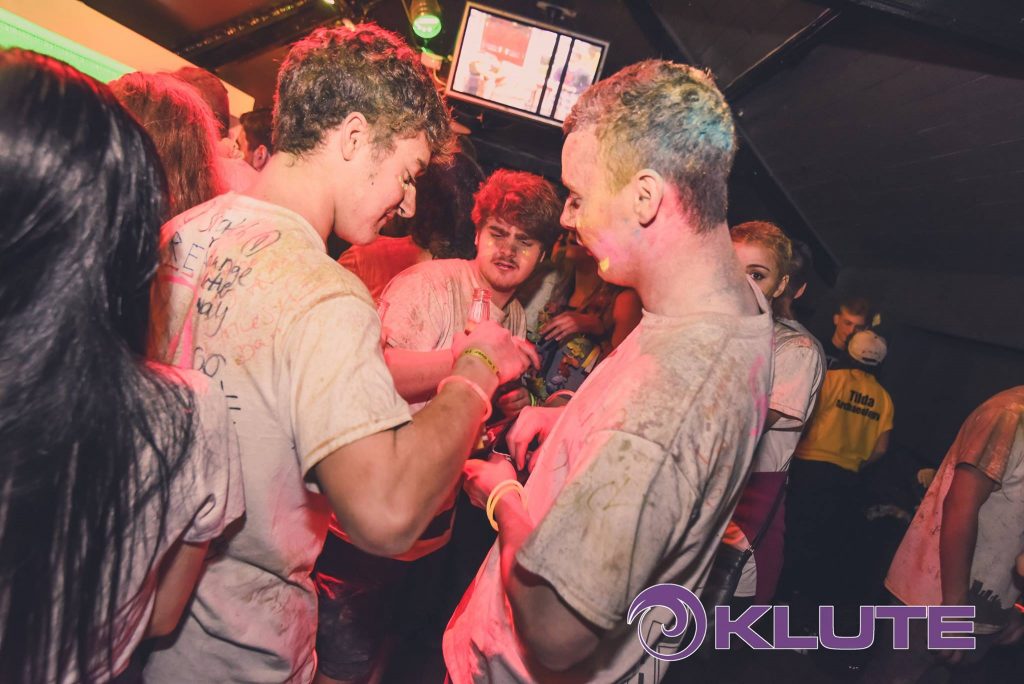 That’s fine. You were more of a lone wolf anyway. So you head for the magical and mysterious outside. Just don’t touch the walls on your way out, unless you’re willing to burn your clothes afterwards. Some walls have ears. These walls have sweat glands.

To call the outside part a smoking area is being generous: the Splash Zone is much more accurate. At least three drunk fuckwits will spill beer on you as you shark around, optimistically looking for a cigarette. Someone will have already chundered on the stairs like a smashed Jack Russell claiming its territory.

There will be a couple in the corner, industriously trading various iterations of this year’s fresher’s flu with each other. A small part of you will feel vaguely superior for not playing tonsil tennis in a smoky alcove with someone you’ll predictably see in your next seminar. But honestly, most of you is jealous. 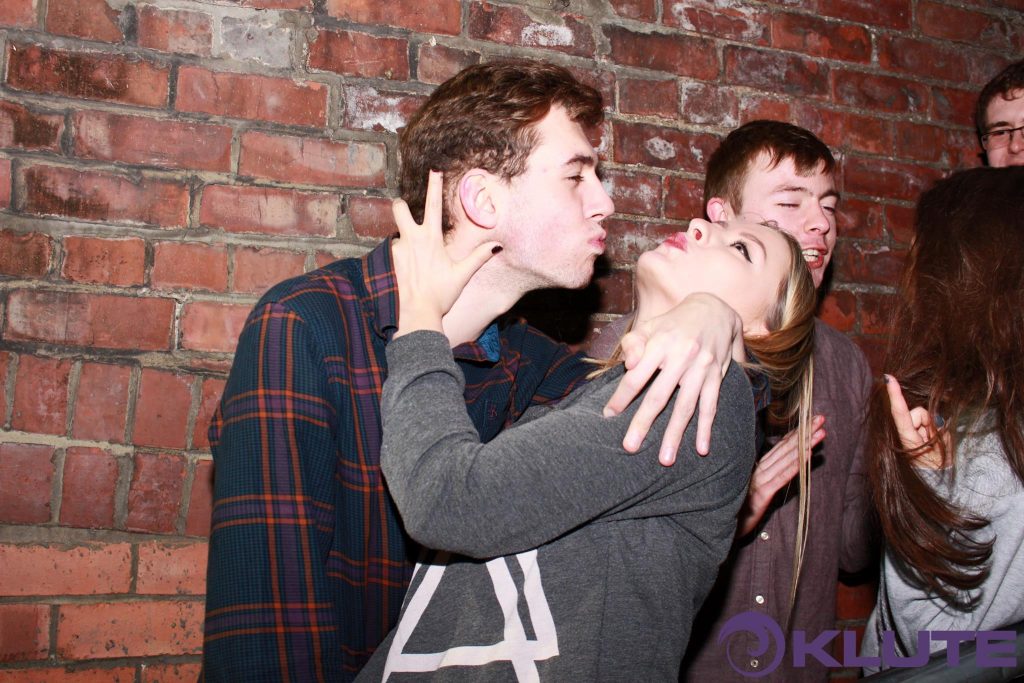 Admit it, you wish you were them

It’ll turn out that nobody has a cigarette, but everyone seems to think that you have a lighter. You’ll go back inside after your half-minute schweff in the Splash Zone, only to realise that your mates have all vanished from their prime spot by the DJ booth.

This is where you have the best chance to exhibit the true skill of managing a night out in Klute: knowing how to surf the tides of drunken cliques while you navigate your way over to the bar. You’ll get your feet skewered by someone’s high heel, and narrowly avoid being slapped by the hem of a flying toga, but in the end you’ll lurch over to the counter.

Stand still for too long at the bar and your feet will become stuck where they are, glued down by the black mush coating the floor. 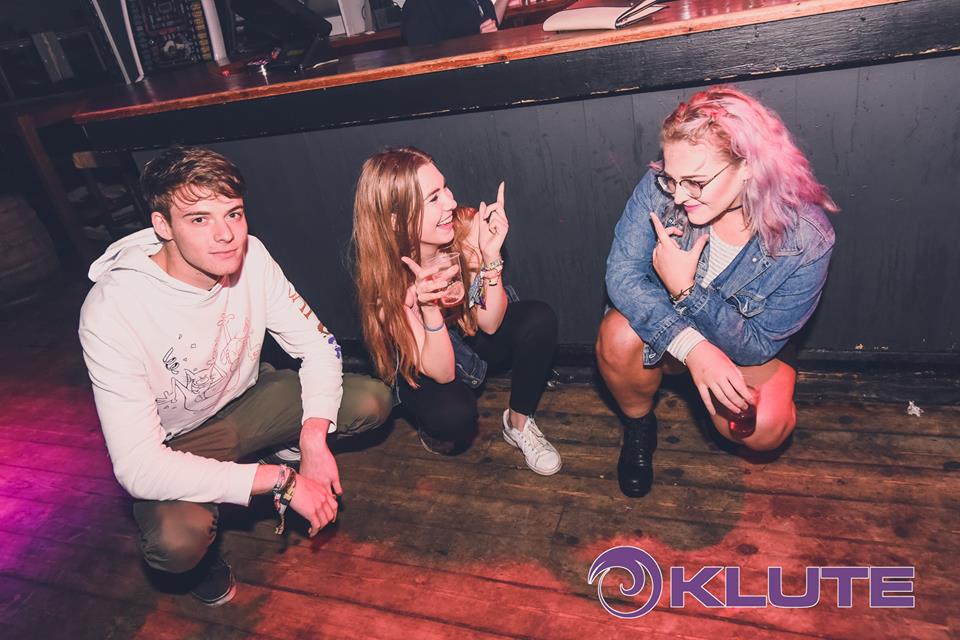 ‘Did you see where Noah went? I think he got sucked into the floor.’

Chances are you’ll end up in Paddy’s some time before That’s Amore comes on, sitting in a corner with all the other zombie drunks, still trying to figure out where your mates went and not realising that half of them have pulled and half of them have passed out while you were being thrown around the dance floor by purple-jacketed rugby players.

But as you wait for your pizza to arrive, a dopey smile will spread across your face. Yeah, you’ll think. That wasn’t a bad night.

It’s not because the music is good, because it’s not. It’s an assault upon eardrums everywhere, and an affront to every decent record label. 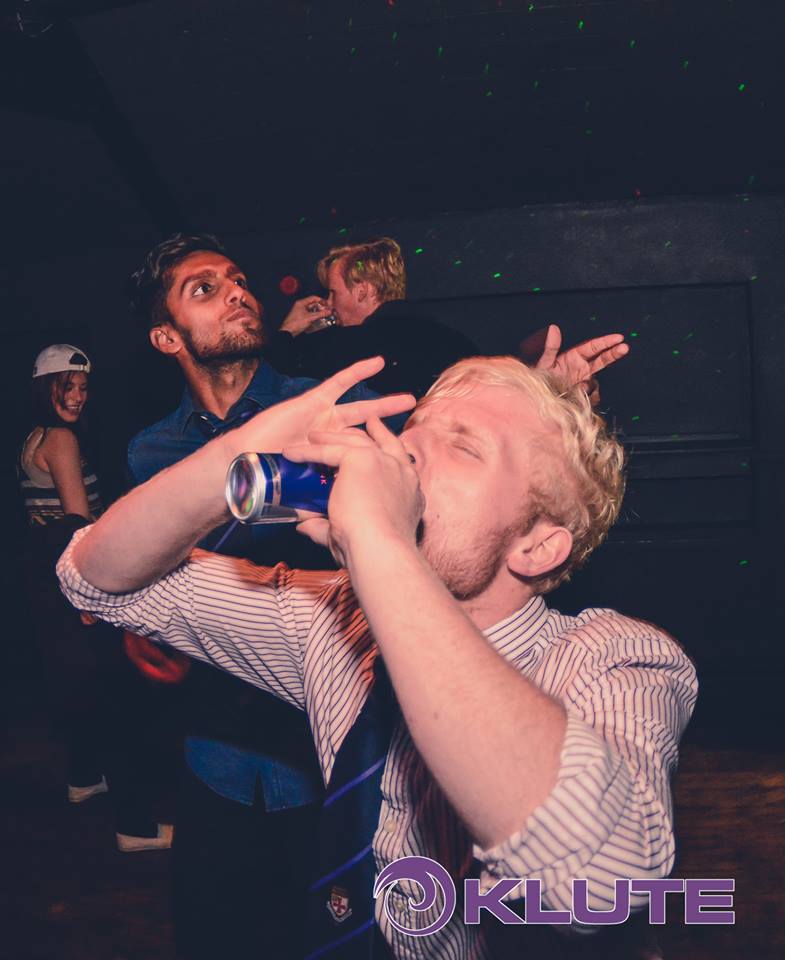 Everyone has heard the story of a dead fish that somehow turned up on the dance floor midway through the night. Nobody knew whether the unfortunate creature had been brought in that way, or whether it had hopped out of the river for a dance and keeled over halfway to the bar. Now that is the kind of experience you don’t get at Oxford.

The reason we still go, despite knowing that our wallets will be as empty as the content of the first summative and that our hangovers will be something truly sent by the gods, is that we don’t have any standards to be disappointed.

Klute is a black pit, a moist box created with the express purpose of draining students of their savings and breeding new strains of anthrax in the toilets for the upcoming Brexit Wars.

So when you actually have a good time in that pit, you remember it. You want to go back, because nothing beats the deliciously dirty thrill of being in the one-time worst nightclub in Europe.