Hatfield, safe spaces and tuition fees: Jeremy Vine on his time at Durham

“Don’t worry about your mistakes in life. The most successful people have failed a lot.”

Jeremy Vine addressed The Durham Union at length on Saturday. But it was his comments to The Tab afterwards which revealed his opinions of university life. Like all of us, Jeremy hates tuition fees and was baffled by safe spaces, but he loves Klute and is backing Ed Balls on Strictly Come Dancing.

Beginning his address by asking a room full of millennials to identify a Spandau Ballet song, it is perhaps his experience in interacting with his unpredictable listeners on Radio 2 that meant he could deal comfortably with the rows of blank faces. 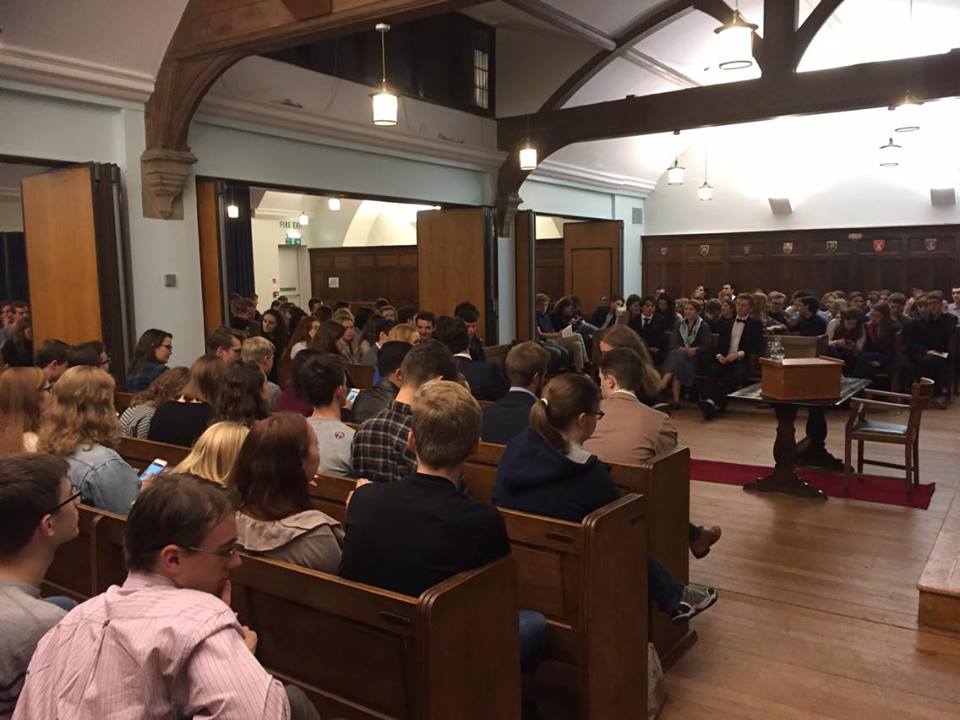 “As a journalist, I feel responsible. Are we not explaining things enough?” In a time of such political and social uncertainty, Jeremy looked back on the wisdom he had gained from the 25,000 phone calls he has received in his time at BBC Radio 2.

Reflecting on his experiences at Durham and how these shaped his perspective, Jeremy told The Tab: “Durham opened my mind with its beauty and I flowered as a person. I distinctly remember climbing onto the roof of Hatfield and reading the entirety of Paradise Lost. I discovered poetry at Durham and how important it is to have in your life.”

Before our interview, Jeremy spoke at length about the modern day ‘I’ power; how the experts have been demoted and replaced with those who have had first person vision because they experienced the moment. 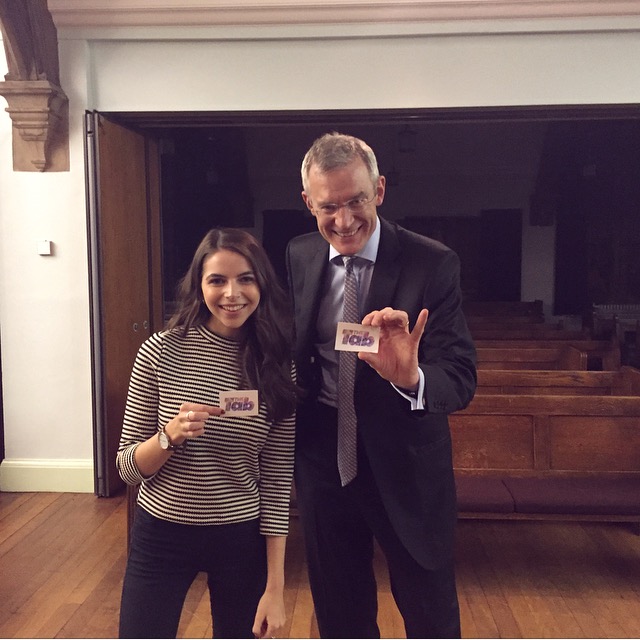 Jeremy movingly explained how the experience of an illiterate maid he met in Johannesburg had the power to produce emotion that he as a journalist, and a man simply sitting in a suit in front of a computer, never could. The mother dictated a speech for her son’s funeral, and told Jeremy: “I will miss Henry very much because he called me mother, and no-one will call me mother again.” The audience fell silently still.

Jeremy also told us that he is supporting Ed Balls in Strictly: “I’ve actually been moved by the whole thing. He rang me before doing it and I only really knew him as an interviewee. Bless him, we had a really good conversation about whether it would damage his seriousness but I told him to do it for himself and do it to have fun. I think it’s worked out brilliantly for him.”

For new freshers, Jeremy has advice. He told The Tab: “Get off your phone for at least one day a week. Engage with people who don’t share your views.

“It’s really important in life to do so, if people only stay with those who agree with them, they become so narrow and bigoted, and we have to resist that.”

“I don’t like the idea of safe spaces.” Jeremy told The Tab when asked. “Students who are trying to impose safe spaces just don’t realise how much the world is laughing at them.” 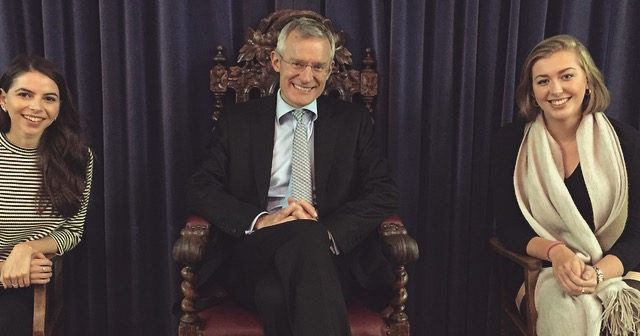 The former Hatfielder added: “The world is not a safe space and students should not try to be protected by other people’s views.”

Jeremy also isn’t a fan of tuition fees. “I got it all free and therefore I want you to have it all free,” he told The Tab. “There was a moment when someone said ‘we can’t do this anymore’ and students particularly struggle to get their voices heard. You are on the wrong end of intergenerational warfare.

“I didn’t even see a bill for my tuition and we even claimed unemployment benefit in our holidays, it’s just amazing. I want to sympathise with you, I feel really cross about it.”

When Jeremy was at Hatfield only men were allowed and its reputation doesn’t seem to have changed. “It was very, very rugby,” he laughed, “It was a laddish environment and the bar was constantly rowdy. But it was my favourite college bar. Our rugby lads could take apart the Oxford and Cambridge team.”

College stereotypes also remain, he added, “No-one had ever met anyone from Grey, and Ushaw College was impossible to pin point – even from space.”

Finally, Jeremy shared some wisdom and told us: “Don’t worry about your mistakes in life. The most successful people have failed a lot. Don’t be afraid of change because change may actually help you.”

If you missed this event at The Durham Union, there are more events coming up next week:

You can sign up to the DUS here: dus.org.uk/join/Join