May he rest in peace

A candlelight vigil has been arranged in memory of Harambe, who was cruelly taken from us nearly five months ago.

On the Facebook event, organisers said: “It has almost been five months since the Bush administration took our most beloved Gorilla away from us. But even now, his memory lives on through all of us. Join us for a sombre, sober evening of contemplation and remembrance. As we embrace this hairy God with a candlelit procession around Palace Green. Getting your dick out is, of course, compulsory.” 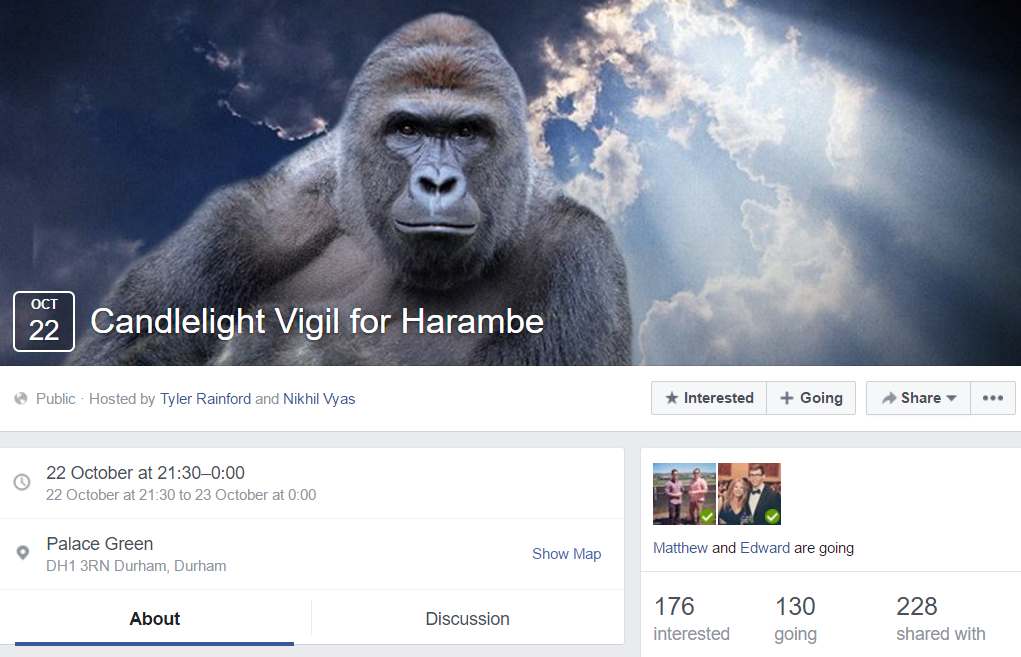 Currently the event has almost 400 people attending and over 1,200 invited. Ex-Hatfielder Tyler Rainford, co-creator of the event, told The Tab: “Well, I’d recently bought my first Harambe T-Shirt as a way to fill the bullet shaped hole in my heart left after that fateful event on May 28th, and my best mate Nikhil (who’s recently graduated) was coming back to visit on the weekend. I knew how important Harambe was to him, to both of us.

“I wanted to do something to honour our friendship which could only be described as ‘dank memery’. I’d heard of something similar happening in Delhi from the inspiring source of internet journalism Buzzfeed, and decided, hey, why doesn’t Durham do something like this?”

Tyler – who’s actually graduated and works for Durham Student Theatre – added: “I don’t really know what I want to achieve, my girlfriend threatened to break up with me if I made it a public event. I think if we can connect all of Harambe’s fans in Durham together in one spiritual vigil we can rekindle a little of what he meant to all of us.” 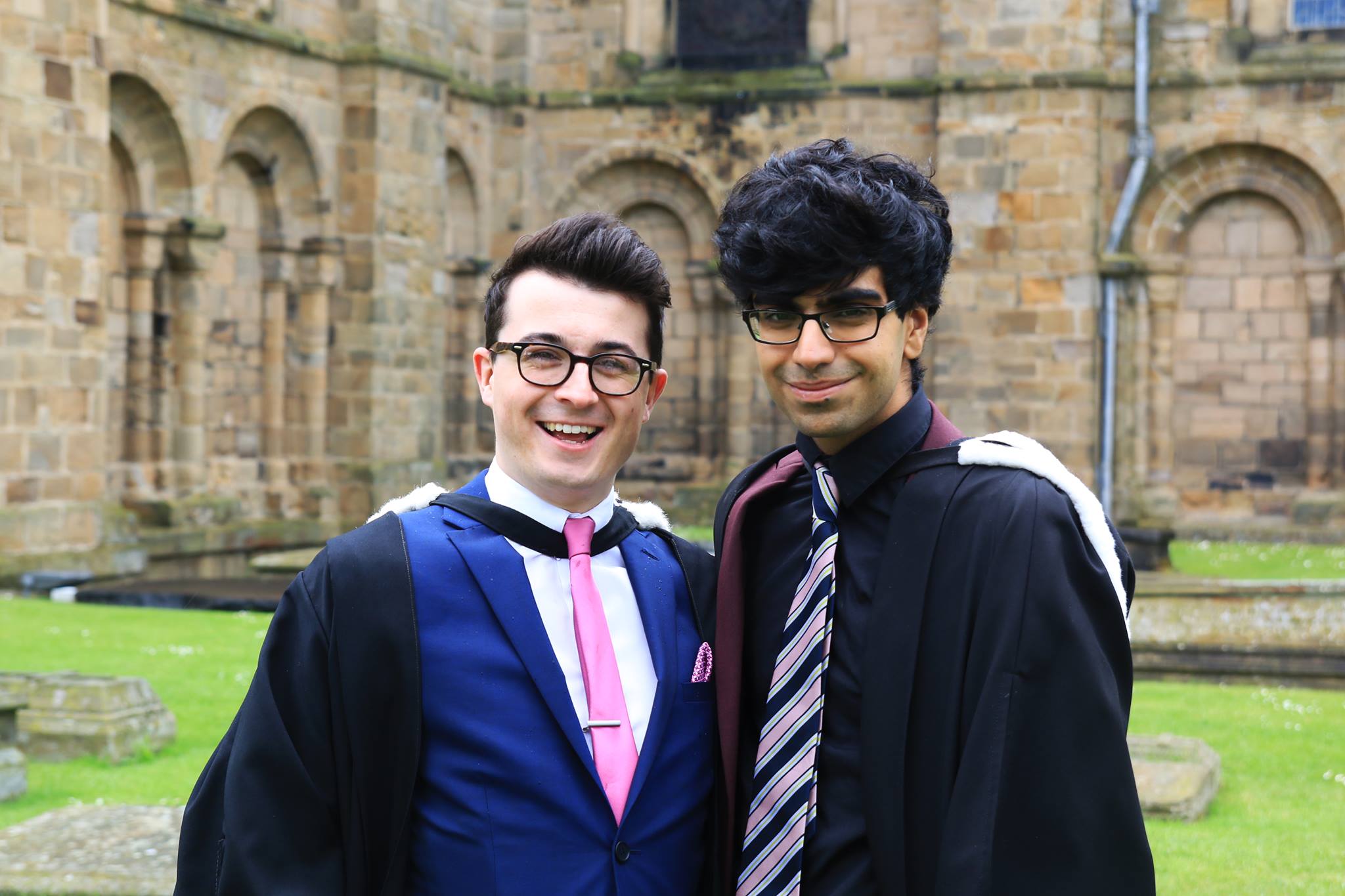 Tyler, and his close friend Nikhil

The vigil seems to not be just in memory of our beloved Harambe, but also to commemorate all animal inspired memes. It is not clear from the page whether female students will have to supply their own dicks, or if they will be provided on the night.

Details of the event can be found here.