Everything I learnt when diagnosed with Leukaemia

You can laugh about cancer.

There’s no denying it. I was a happy-go-lucky 19 year-old who ran to compensate for eating cheesy chips after a boozy Friday night out. I was planning on joining the RAF, and becoming a pilot.

Until I noticed I was having to take abnormally large breaths, as if 30 years of smoking caught up with me all at once. When it wasn’t cleared up with an inhaler or antibiotics, the next thing was a chest x-ray to see what was going on in there.

Here’s what I learned during my dance with T-Cell Acute Lymphoblastic Leukaemia: 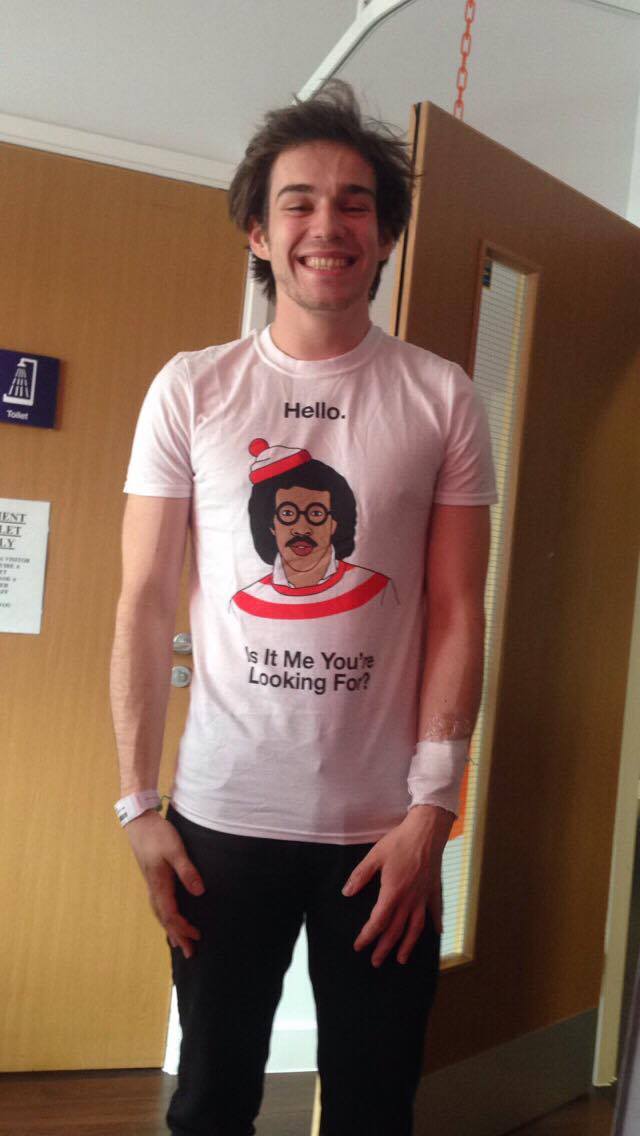 From now until the end of time really, because the only person who truly knows you is you. You know something is wrong with you long before anyone else does. Nobody else would have known I was starting to struggle running. In the case of a night out, it may mean you end up chundering on the person you’re chatting up. In the case of cancer, it could be the difference between life and death.

Get over your fear of needles.

Blood tests involve getting stabbed, CT scans involve getting stabbed, having fluids and chemotherapy involves being stabbed, and spinal injections/bone marrow aspirates involve being stabbed with a needle the size of which you only joke about with your friends. Before this, in my living memory I had never had an injection, so during my first day in hospital I was cannulated (twice may I add, because they missed my vein on the first attempt) and it was a bit of a shock. Nurses are trained to say “sharp scratch” when they’re about to push the needle in, but let’s face it, they’re lying, they’re not scratching you, they’re stabbing you and no matter how many times they do it, it still hurts like a bitch. 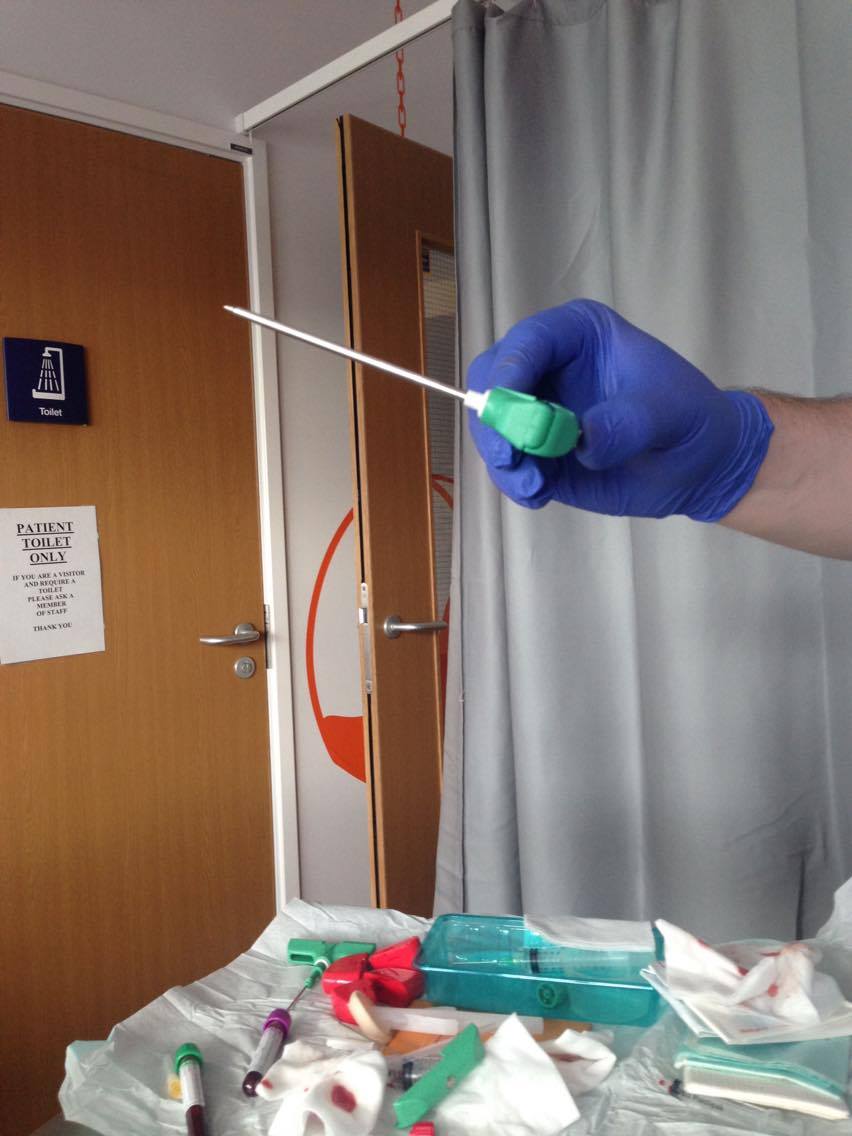 Get used to talking shit.

Literally. The first time I was asked “have you had your bowels opened today” made me giggle like an eight year old school boy. Nurses and doctors have an unhealthy interest in your visits to the loo, so you’re going to be asked a lot of intimate questions. A lot of your company are interested in you not as a person but as a patient, so get used to talking about your medical life, i.e. diagnosis, treatment, side effects and whether or not you’re coping well, both physically and mentally. And of course, whether you’ve been for a poo or not yet.

You are going to have very, very low days.

I was diagnosed in late July/early August, so there was a month of socialising until my friends went to university. When September finally arrived, hundreds of miles became thousands, and sometimes the distance was more mental than anything else. I felt lonelier than I ever thought possible approaching Christmas, when chemo caused my immune system to sort of ‘shut off’, anybody with a cold had to stay away.

My girlfriend has the immune system of an amoeba, constantly coming down with something, so often I found there was nobody around for me to talk to, let alone see. Depression hit me hard. This is where I can’t thank my dad enough, because he always tried to get me out of bed. No matter how hard it was for me, I guess I always did, for him.

Let yourself have the very, very good days.

From coffee with a friend to a (non-alcoholic) pub crawl, you’re still human, and your illness does not define who you are. Some of my best days were in hospital – one time myself and a few other people were sat around another patients bed, and we talked and laughed for hours. Although we were all cancer sufferers, none of us were suffering. It’s very special feeling to be ‘normal’ again. 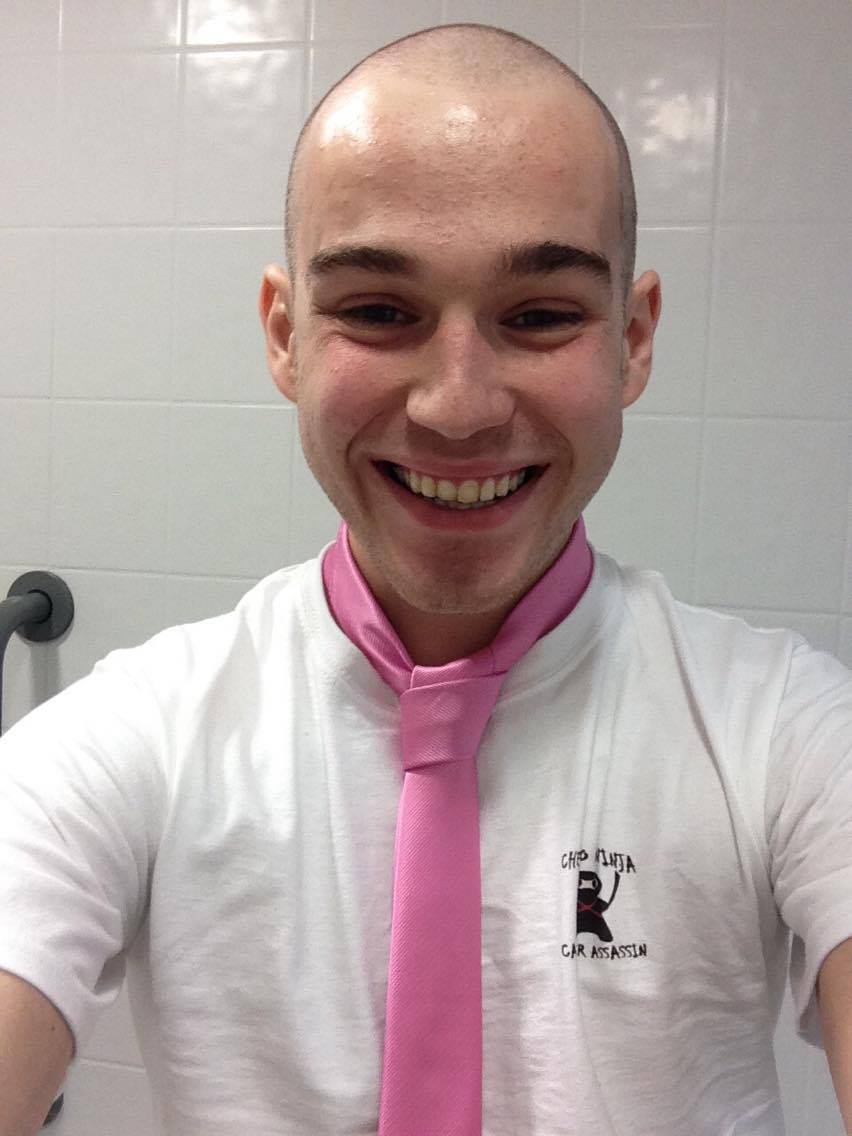 Support is strange. There are so many different forms of support that pinpointing the main thing you need during something as life altering as cancer is difficult. That is where family comes in: hugs from Mum, a lift home from your grandparents or KFC from your uncle makes what could be a shit day into a not-so-shit day.

All of your little worries go out of the window.

Oh, you drank diet drinks because you’re watching your weight? Not any more. Suddenly the 30 grams of sugar doesn’t really seem significant. Demolish all of the Monster Munch and Hobnobs you can handle. 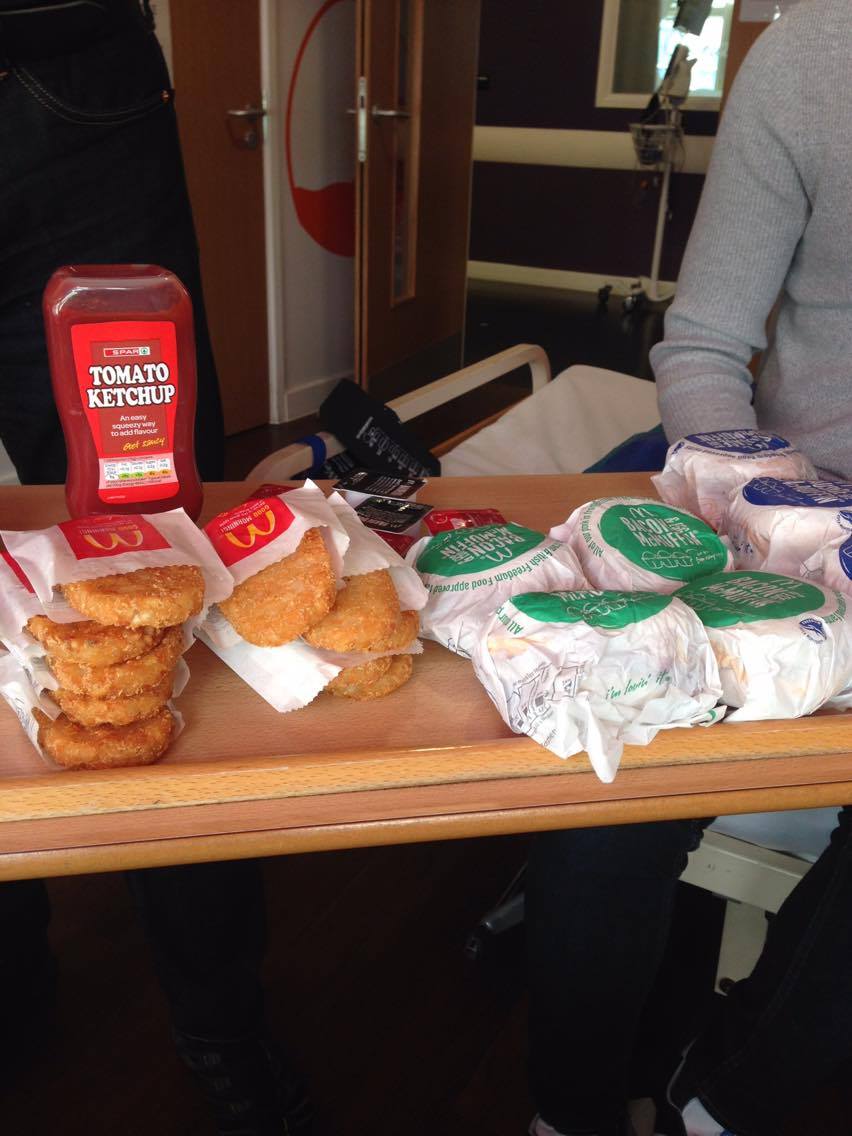 £25 of McDonalds because why the fuck not

From serious injury to illness. There are always people out there with their own stories, their own take on events going on in their or your life, and in some cases, other patients sharing their story with you is the best way to find common ground. I now know people that live two minutes away from me that I would have never known existed. Small world.

She may be a pain in the ass sometimes, because I know I sure as hell have been, but whenever I’ve been having a rough day or been randomly upset, you’d be surprised how much a hug from someone you love can turn that frown upside down. Plus, getting take out together is still probably the only sure-fire way to cheer anyone up.

Also, when you get an opportunity to see people, go. See as many people as you can, because although you may not feel amazing, you’ll feel a hell of a lot worse if you waste opportunities. 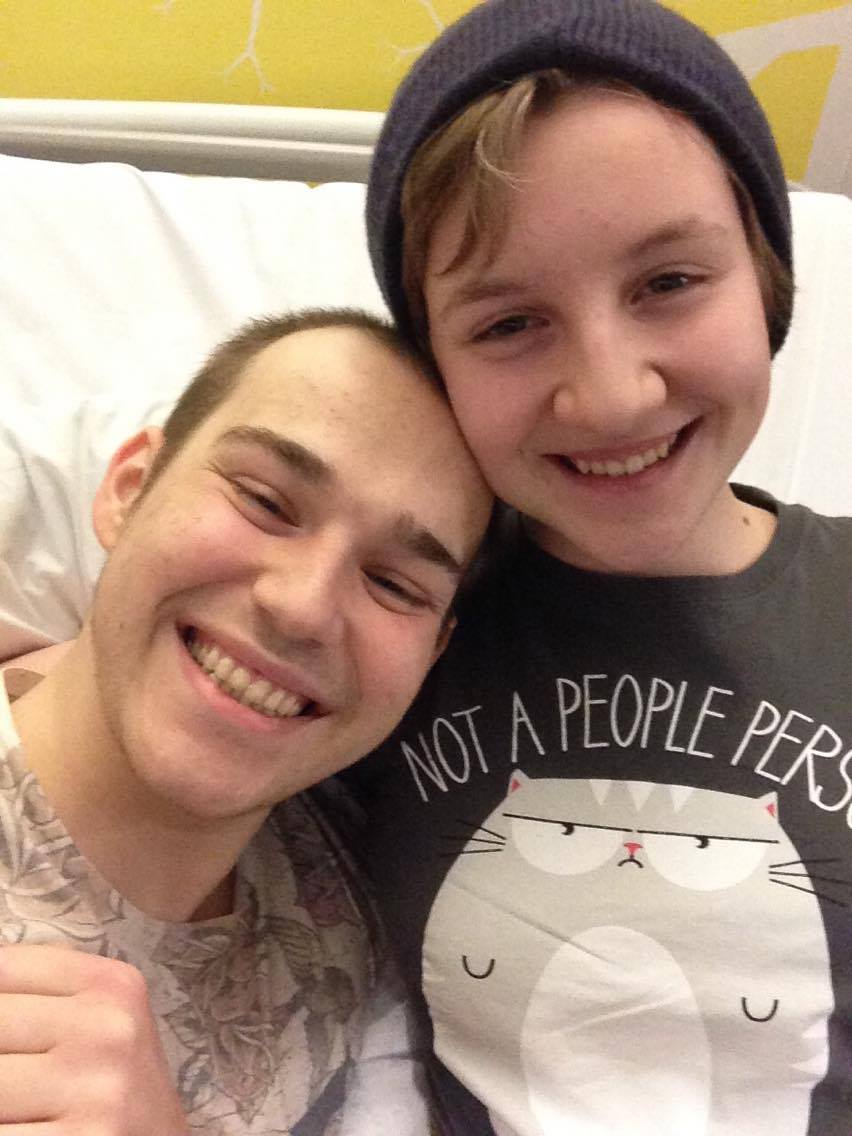 Hopefully she won’t mind this photo

Be nice to your nurses and fellow inmates.

These people are taking your blood, giving you chemotherapy and looking after you when you’re sleeping. You do NOT want to piss them off. Think of nurses like your uni flatmates, if you act like an asshole, your room is GOING to be filled with talcum powder. Make them the occasional cup of tea, or chat to them when they seem stressed. Believe me, it pays dividends when you want to get discharged and go home faster…or when you want a vanilla milkshake at 1 am. Also, if you’re nice, patients could end up being pretty good friends, which is good when you’re stuck in a room with them for days on end. You might even meet someone who ends up being a friend for life. So in short, like most situations in life, don’t be a dick.

In fact, when you do make it out the other end, do your bit to say thank you.

I’m sticking it out there, we should joke about cancer. We should joke about every terrible thing that could happen to us, because when we’re laughing, cancer doesn’t seem so bad. One of my chemotherapies makes me violently ill in the mornings, it got aptly nicknamed my ‘pregnancy chemo’ and my parents walked past the bathroom every morning asking if I’d identified the gender. No, I haven’t…but sometimes the drugs I’m on would make me so bunged up it felt like shitting out a child. Go figure. 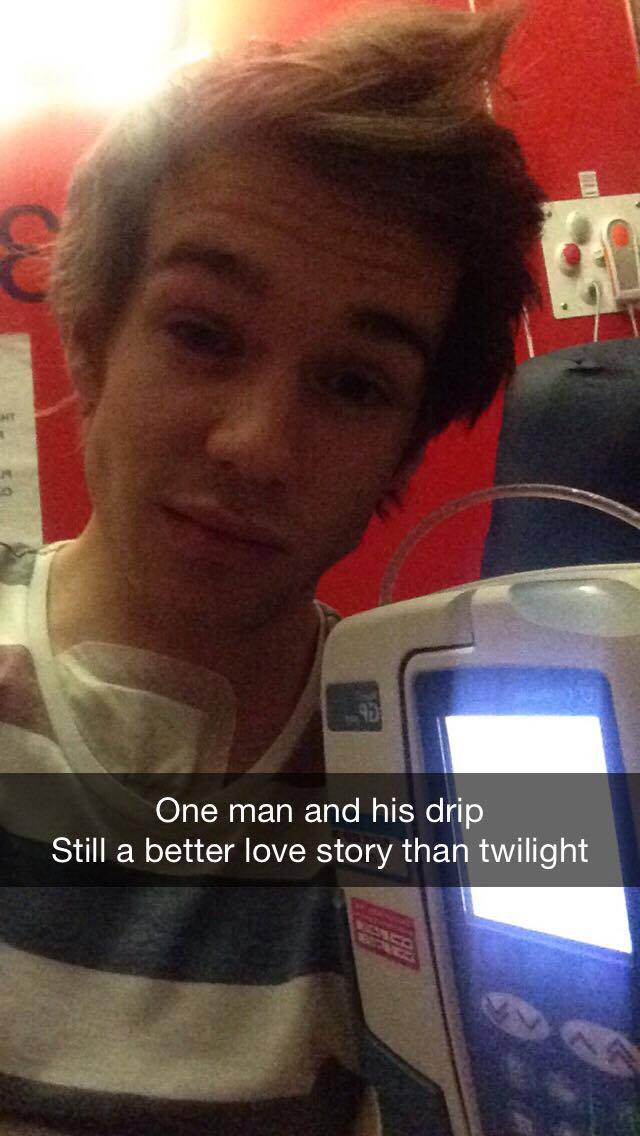 Make jokes about EVERYTHING

Weird things happen to your body.

Some chemotherapies cause people to feel like utter dicks for a week afterwards, some cause them to gain or loose weight, and most will cause people’s tastebuds to change. Almost certainly your hair will fall out too. I became a human balloon on steroids shovelling anything I could into my mouth to satisfy a ravenous steroid hunger. I started to hate tomato sauce for a while, which was heartbreaking, because I go through like a litre of the stuff a week.

The menu is limited, to begin with, for both food and drugs. It’s almost a tier unlock game when you’re first admitted as to finding out about the best the hospital has to offer. But when you do figure it out, oh boy, you’re in for a treat. I survived 5 weeks without knowledge of cooked breakfasts, but damn, when I found out I probably ate the canteen out of eggs and bacon.

You’re also given a pain rating when you’re in hospital going from 1-10. 1-3 you’ll probably shake it off with paracetamol, 8-10, you’re gonna need something a lot stronger. I ended up off my tits on OxyNorm, which is a brilliant form of morphine, but be careful kids, it’s pretty addictive. 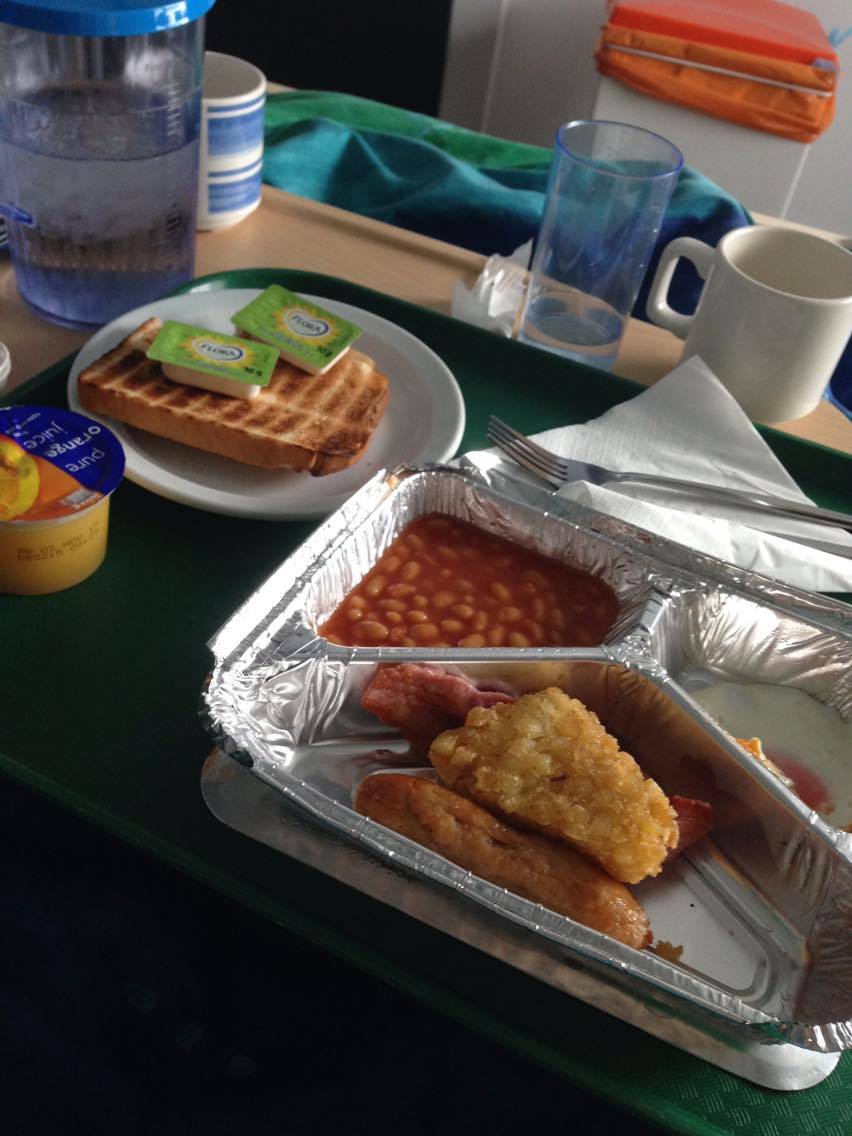 Got to love a full English

People will treat you differently.

During your time in and out of hospital, you are a patient. The problem with being a patient, is that a lot of people can’t see you as anything else. People struggle to engage in normal conversation with you, sometimes fearing that you’re probably some radioactive freak now. But that’s just not true, I found myself craving normal conversation. Getting more pissed off every day talking about cancer and how I felt, I just wanted to hear people bitch about Donald Trump or the Tories. If you have a friend or relative going through something similar, sure, ask them how they are, but don’t forget, they’re a person just as much as they’re a patient.

For some this is a blessing, and for a while, it was for me, but when you’ve demolished Netflix and you’re watching constant re-runs of Storage Hunters on Dave you’ll want to throw the TV out of the window for some excitement. The best advice is to use your “free time” (read: mind-numbingly boring time) to discover a new hobby, pick up a guitar, experiment with photography or take up oriental cooking…or just watch a fuck-tonne of DVD’s, all of the above is good. 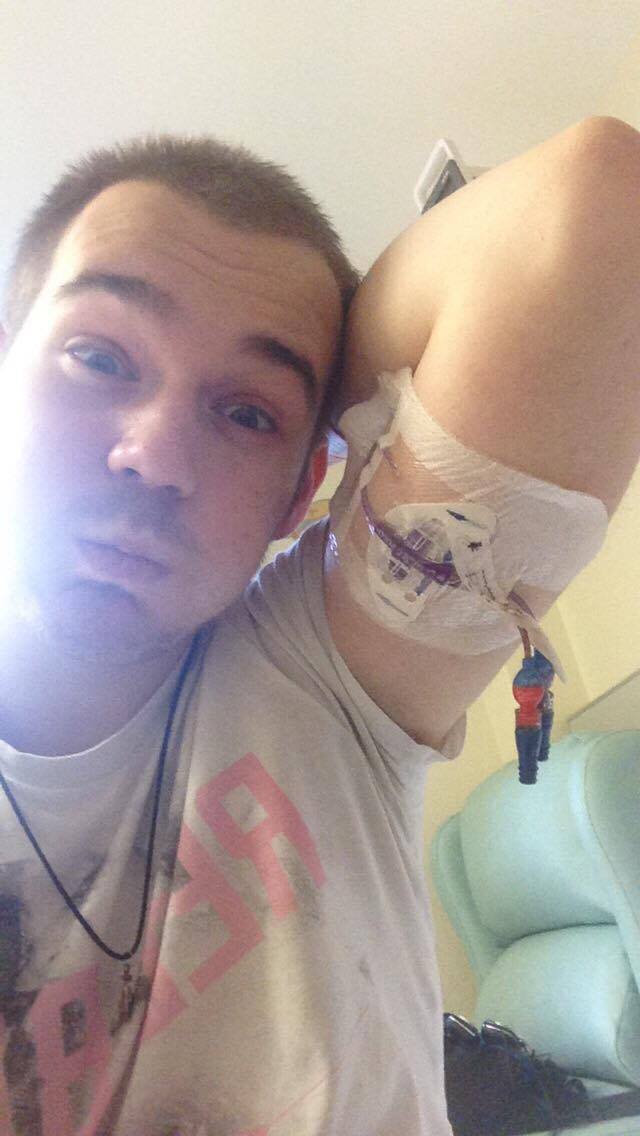 You will dream of the doctor saying three magical words.

No, not I love you (although that’s been known to happen), but “You’re in remission.” I cried with joy for the first time ever when I got told. You feel like you’ve been given a second chance, and to be honest, you have. Try to make the most of it.

Cancer will change your outlook on life.

You’ll appreciate everything more. Everything. From waking up in the morning in your own bed, to your hair growing, hopefully not ginger and curly (yes, that has been known to happen when it grows back, and I would rather be bald). Just to be happy you’re alive. I’m lucky that I get to turn 20 next week, and I’m lucky my side effects from treatment are not life-long. And believe me, after not drinking alcohol because your chemotherapy doesn’t allow it, the taste of your first pint after all of this is over will be like Madonna getting “touched for the very first time.”

Hopefully one day cancer won’t be a game of chance, and everyone will make the same recovery that I have.