Durham graduate stars on this month’s cover of Tatler

Actress, model and Durham graduate Lily Travers has featured on the front cover of March 2016’s copy of Tatler.

Lily, 25, studied English Literature at Durham and told Tatler: “I don’t think I ever really decided to be an actress. I just did want to. Always.” 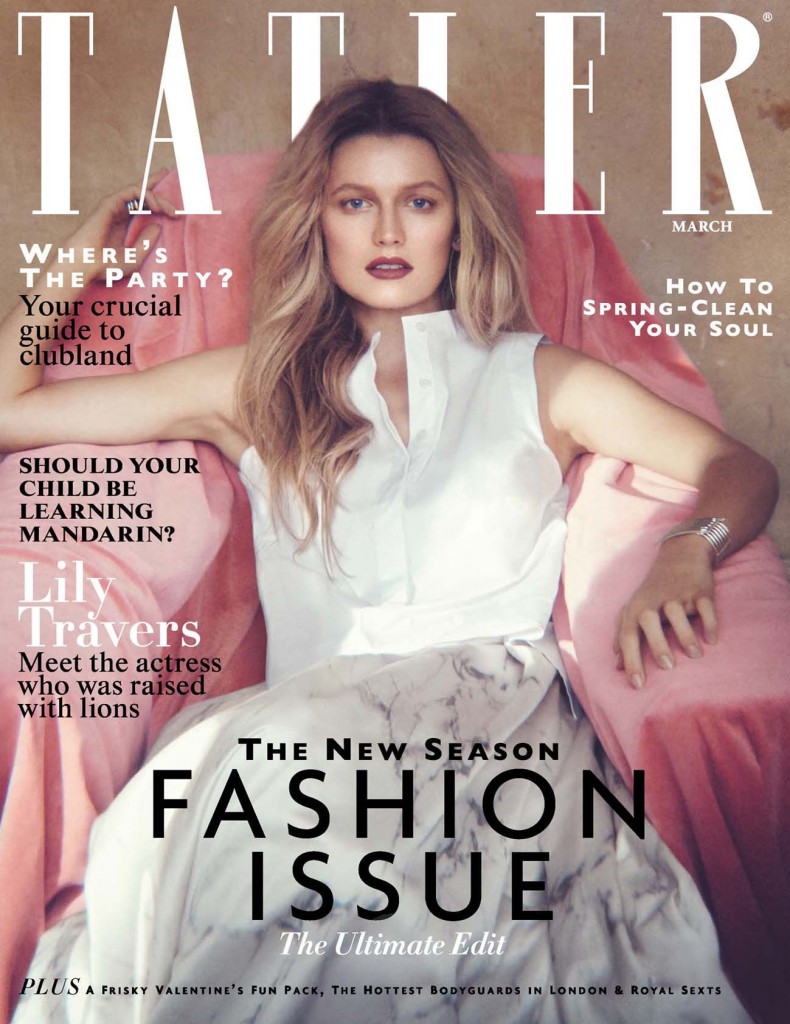 Travers is the granddaughter of well-known actress Virginia McKenna who starred most famously in ‘A Town Like Alice’ for which she won a Best Actress BAFTA. Following on from her role in the 1966 lion drama ‘Born Free’, McKenna went on to set up the wildlife conservation charity ‘Born Free Foundation’ which Travers’ dad now chairs.

The magazine also reported Lily’s peculiar obsession with elves, “But what if we told you that this paddleboarding, sword-fighting, Fulham-based actress is a Tolkein nut who once laminated the Elvish alphabet and pasted it around her room at Durham University.”

Lily is featured in an eight page spread, modelling designers such as Dolce & Gabbana, Michael Kors and Salvatore Ferragamo.

The up-and-coming actress is also set to feature in Jojo Moyes’ novel adaptation ‘Me Before You’ which will hit cinemas in June 2016.