Snapchat has gifted us life this morning, by granting Durham a Snapchat filter.

The Snapchat geo-tag helpfully identifies the location of where a Snapchat was taken, and is basically a human right in the twenty-first century. Durham has been long-deprived, until today.

Splashed across the bottom of our screens you now have the option of stamping ‘DURHAM.’ The childlike design uses a 2-dimensional drawing of the Cathedral’s reredos instead of the letter ‘H.’

The purple colour is Durham’s own palatinate. And yes, while the garish greens, white and blue may be unforgiving, it’s better to have a geo-tag than not.

It is not known who designed the geo-tag, but they truly are a hero of our time. Designs are often encouraged from the Snapchat community and should attempt to reflect the area in which they can be tagged.

Clearly Snapchat thinks Durham is simply a Cathedral and purple lettering. In many ways, they’re not wrong. 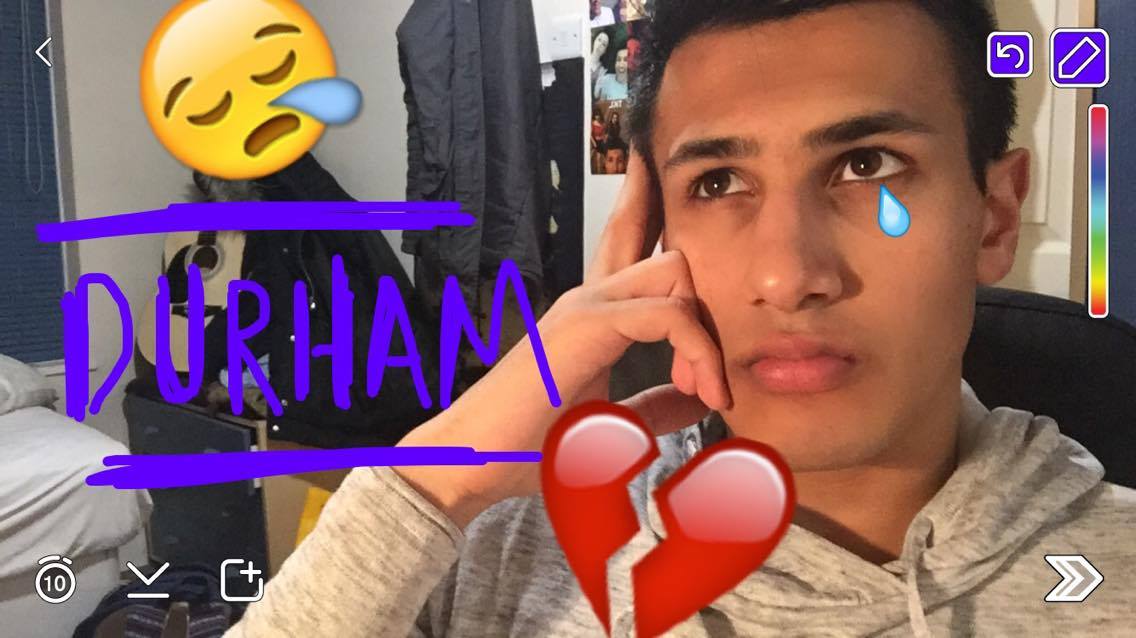 In recent days The Tab has campaigned for a geo-tag. Our neglect was noted after both Warwick and York had geo-tags, as well as Doha’s airport, has several geo-tags.

One brave Grey second-year admitted to making several designs that had been rejected by Snapchat. However, all our hard work (Snapchatting) has clearly paid off, and Durham can rest knowing that everyone in the whole world will be able to geo-tag Klute.