Durham student Steven Cox is attempting to take legal action after he was injured while playing for Chad’s in a match against Cuth’s.

Steven’s injury, which happened in 2006, means he now has to use a wheelchair for the rest of his life, after he broke his neck in a collapsed scrum. 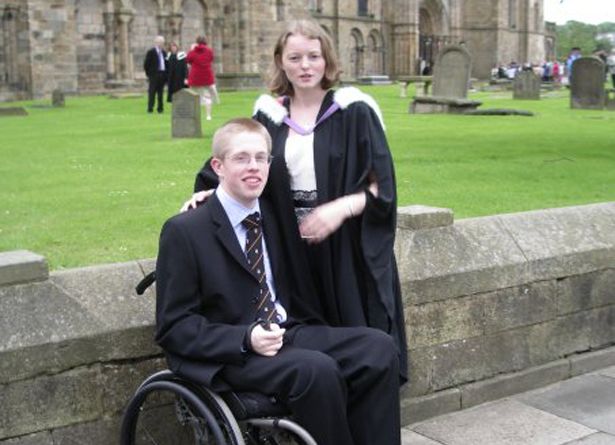 The case they are bringing against the referee’s Rugby Football Union is based on the accusation that the scrum was not properly managed by the referee.

The former prop claims that the referee had given the all clear to engage while he was still in the incorrect position.

Steven told The Journal: “It took about a year before I was back at university.

“I was at the spinal unit at James Cook University Hospital in Middlesbrough for six months. I thought if I didn’t get myself back to university and do something with my life, I would only be making it worse for myself.”

Paralympic gold medallist Tanni Grey-Thompson is set to meet Steven and look into his case in order to consider whether an independent investigation should take place whenever serious injuries occur at sporting events.

An RFU spokesman said: “We are deeply saddened by the accident which led to Steven Cox’s injuries in 2006. As the governing body for rugby union in England, the RFU takes all injuries to players extremely seriously.

“Agreeing with Steven and his family that lessons should be learned, where possible, from such accidents, there have been significant developments in player, coach and referee safety courses and injury surveillance and support for injured players over the last decade. We continue to stay at the forefront of developments in this area.

“In the unfortunate event that a serious injury occurs in our sport, we provide considerable assistance to those catastrophically injured players, including Steven, in the form of pastoral and financial support.

“This is primarily through the RFU’s Injured Players Foundation (IPF) charity. We also arrange personal accident insurance for the benefit all those registered with us to play rugby.

“The IPF manages our Catastrophic Injury Surveillance programme based at Bath University, which feeds into a global database managed by World Rugby. Data from this programme was instrumental in initiating changes to World Rugby’s scrum engagement laws in 2013.

“This is just one example of how we strive to make the game safer for players in England. Initial indications suggest that although these types of injuries are extremely rare, this law change has significantly reduced the risk of injury from scrum engagement.

“We continue to take player welfare extremely seriously, working with all relevant stakeholders to help make our game as safe as possible.”

The case continues to be investigated.