Wear bursts its banks in centre of Durham

Bet you wished you were Hill now

Roads across Durham are affected, and the river has now burst its banks. Water from the river breached the walls around Radisson Blu and the weird 1960s disaster of the Passport Office.

The law school’s design has never seemed to fitting.

The river Wear at Durham. pic.twitter.com/MEocUb5A0m

Van Mildert have exclusively told The Tab that the pond/swamp has not significantly affected the ducks nor has it flooded the college.

The Met Office has now put us on alert, warning those in the North East to ‘be prepared’ as rain settles in for the night. Luckily your beloved Viaduct House looks to be okay. 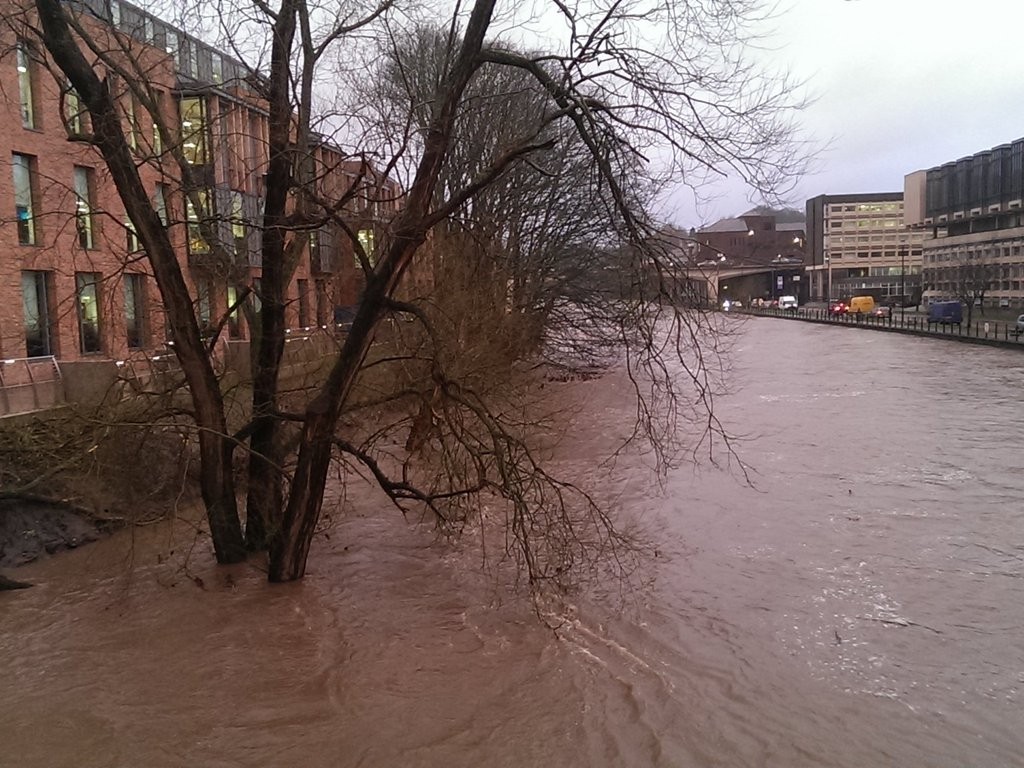 Durham University sent an email to staff this morning saying: “As a precaution, Durham University Estates and Buildings personnel have deployed flood defence barriers at Elvet Riverside car park which is now closed to all traffic.

Elvet Riverside 1 and 2 are operating normally but we would advice anyone who has parked their car in ER car park to move their vehicle as soon as possible.”

The river Wear in Durham. pic.twitter.com/MHVQopncQb

Whether or not the Klute floors will actually get a cleaning from the river is unknown.

We are being told that the River Wear is about to burst its banks close to the Radisson Hotel in Durham City. Please share.

Mildert fresher Hannah Speed, who studies Politics, said: “I just hope Klute is okay. I’d happily head a crowd-funding campaign to restore it if not!”