Durham Union use picture of ISIS to promote debate on Islam

They used the first Google image of ISIS

The first debate of the year, due to take place on 16th October, is entitled This House believes Islam is incompatible with Western Liberal Democracy.

After outrage from several students the photo was removed.

The offending picture used as a cover photo for the event was the first result on Google for  ‘ISIS”. 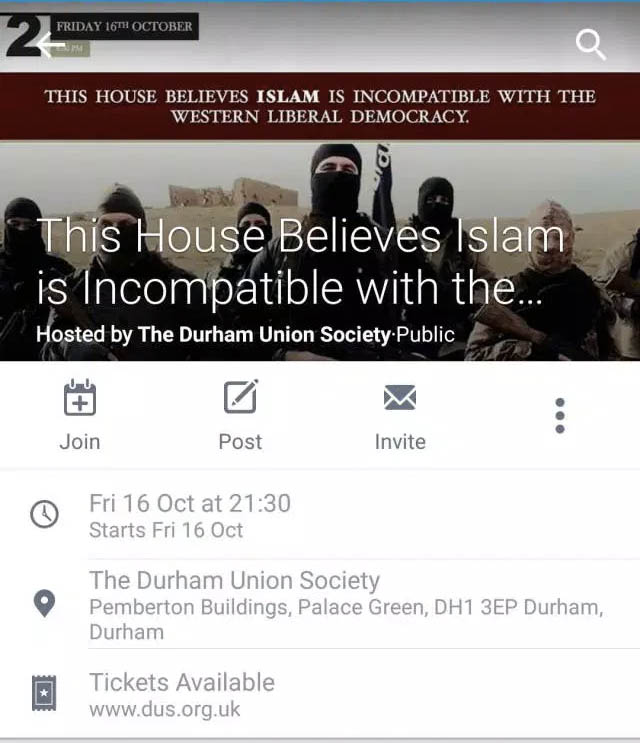 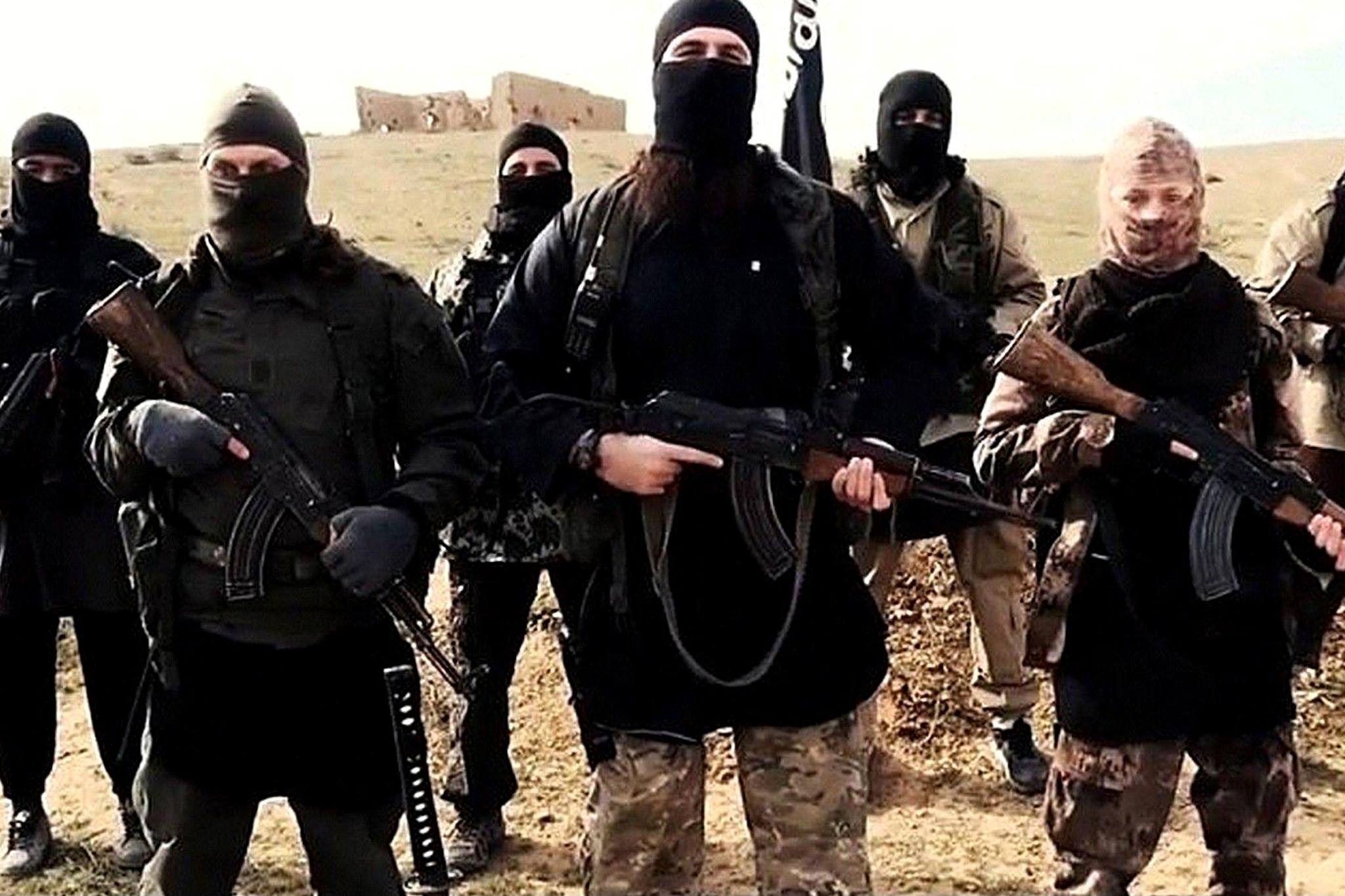 The first result when you Google image ‘Isis’

Many have asked for an apology for the offensive photo, while another told the Union Society to expect a formal complaint.

Zainah El-Haroun said: “I haven’t received a reply to my message as to why you (the Union) decided to use a photo of ISIS as the cover photo for this debate. It was totally inappropriate, I think most people are expecting a statement of apology, I certainly am.

“Also expect a formal complaint to the university.” 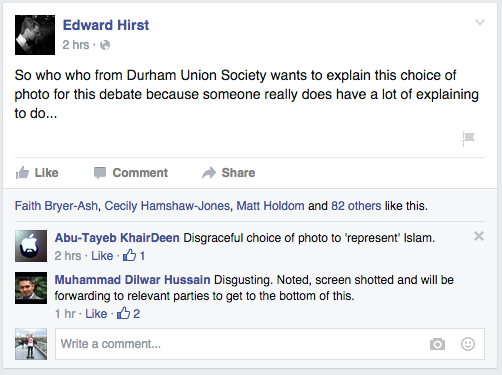 Napat Rungsrithananon, the President of the Durham Union Society, told The Tab: “The picture is not up there anymore, and we will not say anything further from that.”

The event will host guests such as Con Coughlin, The Telegraph’s Defence Editor, and Arif Ahmed, Senior Lecturer in the Faculty of Philosophy at the University of Cambridge arguing for the motion.

Arguing that Islam is compatible with the Western Liberal Democracy is Farmida Bi, Head of Islamic Finance at Norton Rose Fulbright Europe, one of the five most powerful Muslim women in the UK, Adam Deen, a Muslim public intellectual and the Founder of the Deen Institute, and Right Reverend Tim Stevens, former Bishop of Leicester and previously Church of England’s spokesperson on constitutional issues. 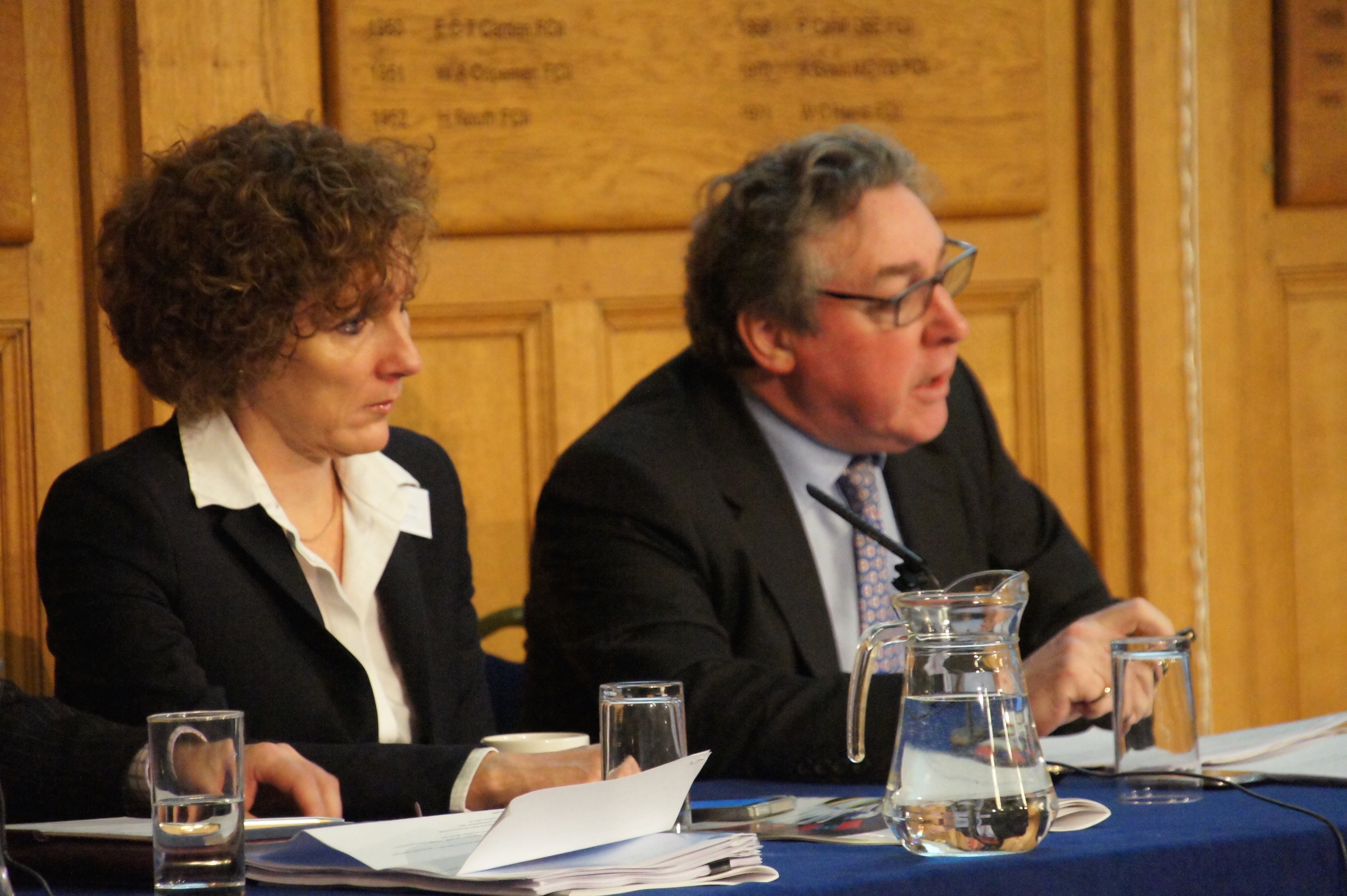 Con Coughlin will be arguing for the motion

Edward Hirst, a third year, PPE student at St Mary’s College told The Tab: “The implication that a supposedly unbiased and free debate on Islam may be represented by a photo of an extreme minority, to which no Muslim would identify, is ignorant, disrespectful and offensive.

“This kind of action is a sad testament to the preconceptions and prejudices that many people wrongly hold about Islam, but what is truly shocking is that it was the supposed champions of free and unprejudiced enquiry that have provided such a testament.

“Clearly the Union Society must explain how and why this happened and take appropriate action to not only apologise but to ensure such huge errors are not made again if the Society is to be taken seriously.

“I wonder also what the speakers may think of this, I would imagine that many might change their minds if they knew how the talk was being represented.” 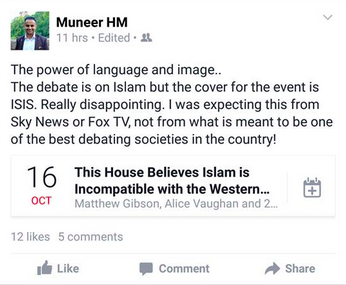 Muneer Alqahtani, who holds a PHD in Intercultural Communication Studies told The Tab: “The issue is not about what views you may have about Islam (or indeed any other beliefs whether religious or non-religious).

“This is your personal opinion and you have the right to think what you want.

“But the problem is the debating society is meant to be one of the best in the country and it already is showing its bias toward one side of the debates before even the debate started.

“This is indeed unprofessional.”