Uni bosses are in discussion with the Roman Catholic Church over the future of Ushaw College near Durham, signing an agreement which could see it becoming a Durham college. 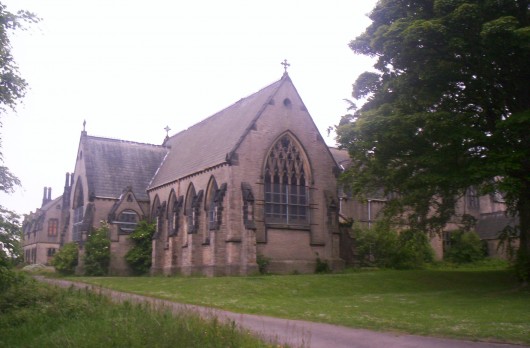 They also signed a ‘Heads of Terms’ agreement to cement the partnership.

Amongst the alumni of the 200-year-old priests training school are Cardinal Nicholas Wiseman, Bishop Hugh Lindsay and comedians Johnny Vegas and Alfie Joey.

But the college closed in July 2010 due to a lack of students.

This week, however, plans emerged which could see the college occupied and managed by the uni, whilst still owned and overseen by the church.

Professor Chris Higgins, vice-chancellor of the uni, said: “The signing of the Heads of Terms marks a significant step in exploring the potential opportunities for this historically important site.

“We look forward to working with the Ushaw trustees and with the many communities that have an interest in supporting the future of the college to ensure that its collections are preserved intact in Durham and are made more widely available to the community as well as to educators and researchers from the University and around the world.” 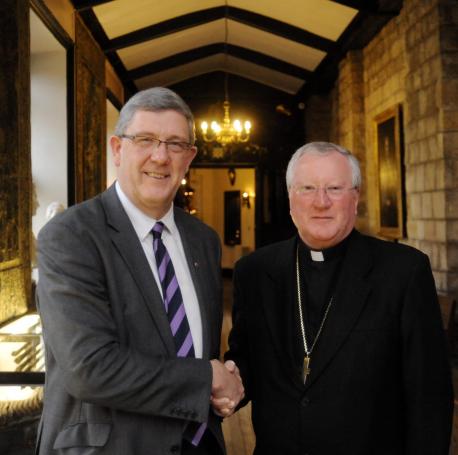 The VC with Bishop Terence Drainey

Bishop Terence Drainey, Bishop of Middlesbrough and acting chair of the college’s trustees, said: “We are delighted that the work and efforts of the joint steering group for the Ushaw project have resulted in a proposal that could allow the heritage of Ushaw College, its collections and library, as well as its educational traditions, to continue and to secure a future for this very important estate within the Catholic community.”

Prof Paul Murray, dean and director of the University’s Centre for Catholic Studies, said the collaboration held real promise for the region, the national and international Catholic community and the international scholarly community, urging supporters to come forward to get involved.