BREAKING NEWS: UFO lands at the Science Site. With 3 days until the big opening, The Tab checks out the build-up for the big day all across the city…

After two years of planning and preparation, the UK’s largest light festival is set to return to Durham once again. And it’s looking even bigger and better than before! 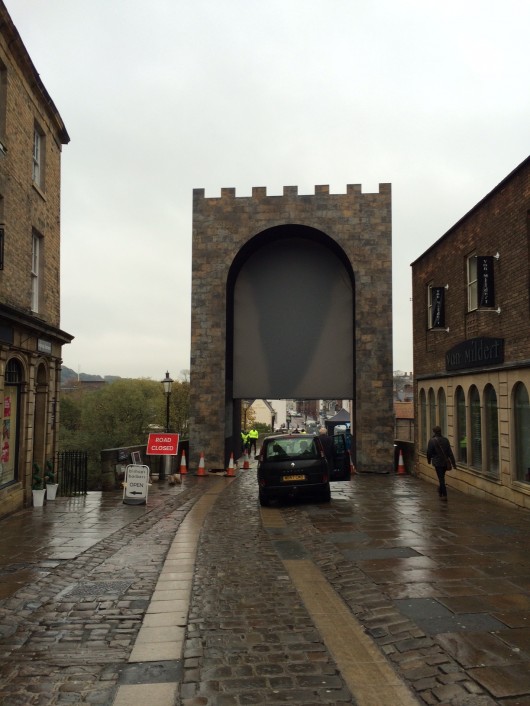 As if we don’t have enough castles already… 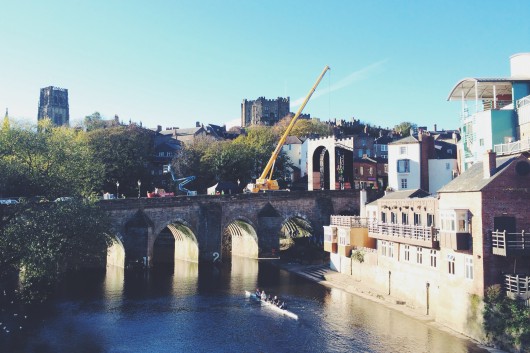 Starting on Thursday, for 4 spectacular nights the city will once again be transformed by a series of installations from leading regional, national and international artists and organisers.

And it’s going to be pretty hectic. Between 4.30pm and 7.30pm each night, admission to the central area will be by ticket only with entrances at Elvet Bridge, Framwelgate Bridge and Claypath. 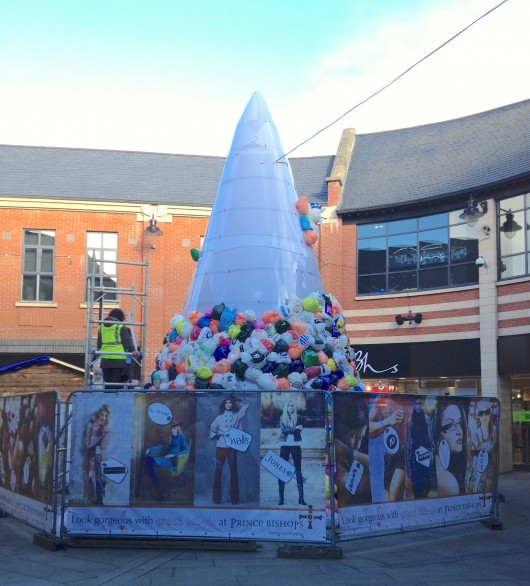 One of the centrepieces for this year’s festival will be a giant, 30 foot tall, garlanded Christmas tree in the middle of Prince Bishops: 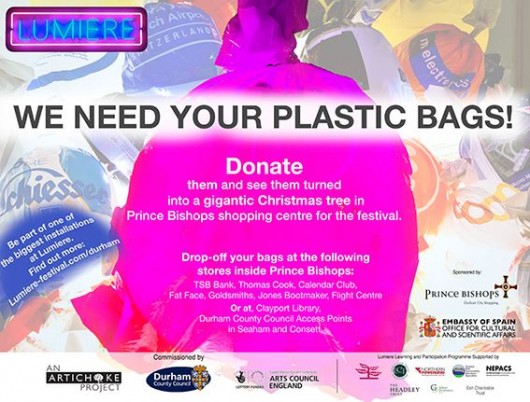 The city was transformed by artworks including an illuminated waterfall over the River Wear, a giant Snowdome encasing an equestrian statue, and an other-worldly fire garden inside Durham Cathedral. 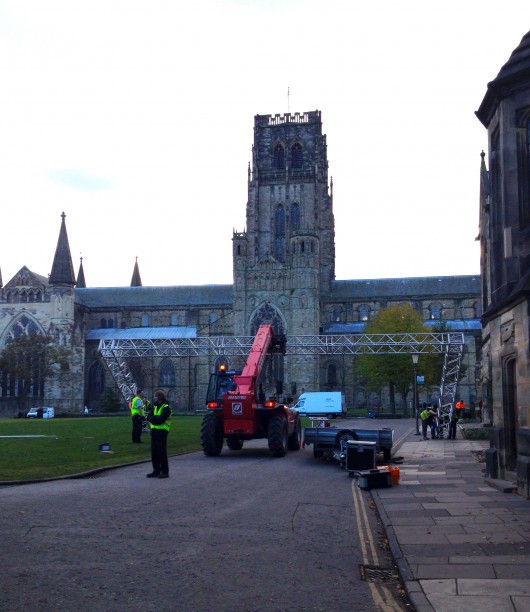 The cranes are out in force on Palace Green, ready for the famous ‘Crown of Light’ projection 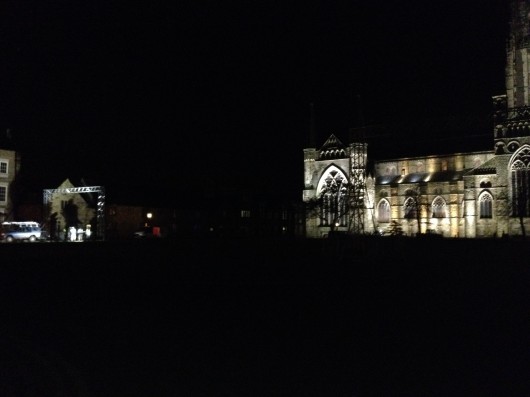 But it’s not just happening in the city centre… 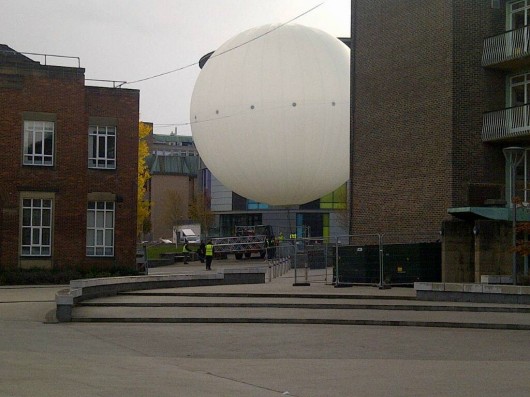 Lumiere has even crept onto the Science Site, with a giant snowball outside Calman

With so many installations transforming the city into a nocturnal playground, find out how the Lumiere diversions and closures will affect you. 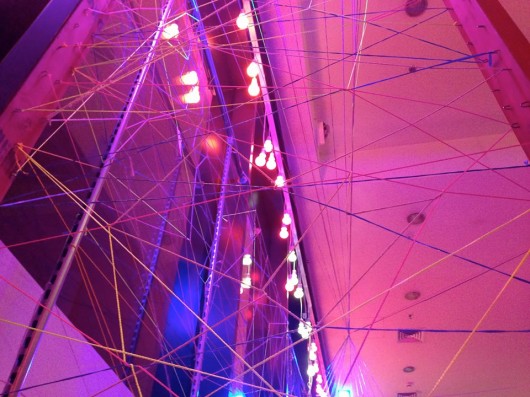 The Lumiere hub at the Gala Theatre

A completely rational guide to surviving a degree you hate