A helicopter and two police fire crews were called out last Friday night to rescue four drunk Durham students who were found climbing on the roof of the Dean’s house, part of the cathedral.

It was other students who alerted police to the incident, which took place shortly after midnight, and the rescue operation is estimated to have cost several thousand pounds.

The Dean of Durham, the Very Rev Michael Sadgrove, has issued a strong rebuke, saying, “I cannot deny that I am deeply concerned that the cathedral has been treated with such disrespect, that Durham University has been brought into disrepute and that the taxpayer has had to bear the costs of a wholly unnecessary emergency callout. 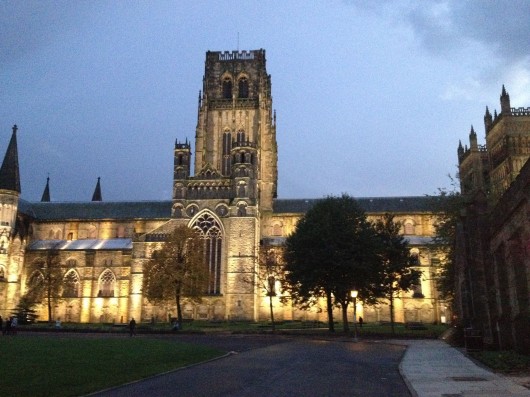 The Dean’s House is part of the cathedral, which dates back to the 11th century and has protected status as a world heritage site

“But what most worries me is the reckless disregard the students had, not only for their own lives, but for others in particular colleagues here at the cathedral and members of the emergency response team. 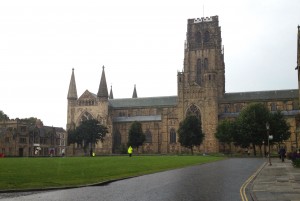 “Alcohol has obviously played a key part in this dangerous adventure and it is vital that this issue is addressed for the sake of good relations between Durham city and the university, and the welfare of the students themselves.”

The students, three men and a woman, have received a warning for their behaviour and have written to apologise to the Dean and emergency services.

The University has confirmed that it is currently looking into the incident.

Pro-Vice-Chancellor and Deputy Warden Professor Graham Towl announced, “we are taking this incident very seriously and are currently investigating it in accordance with our internal procedures which includes liaison with the emergency services.”