P.J SKINNER reports on Castle’s last minute win over Hatfield in the 1st round of the Floodlit Cup. Watch the winning kick here!

It is a rivalry that extends further into history than Unays and Polys, the Varsity Game and England versus Scotland. When the draw for the Floodlit Cup 2012-3 was made, it is safe to say that Castle versus Hatfield was without doubt the most anticipated tie in recent memory.

There has never been any love lost between the two colleges, and talk of the match dominated the weeks before kickoff. With the dramatic result, it looks set to dominate the rest of term as well.

Preparation in Castle had been relentless. Extra fitness sessions, animated line-out power-points and countless viewings of Braveheart were all aimed at psyching the team up to outmuscle, out play and, hopefully, win against Hatfield. One player even dedicated the entire day to “match preparation”. Coupled with rumours that Hatfield expected this to be an easy win, the anticipation was immense.

The game itself was a tight affair, largely focusing on the forwards. It was scrappy and physical, but equally gripping. Castle started the stronger of the teams, with unrelenting pressure on the Hatfield line, only for some white line fever and a little bit of ill discipline to hamper their chances. In the second quarter Hatfield came back strongly and things were much more evenly matched. Both teams had chances, most notably Cameron Bell nearly going over in the far corner. However, at half-time the game remained scoreless. 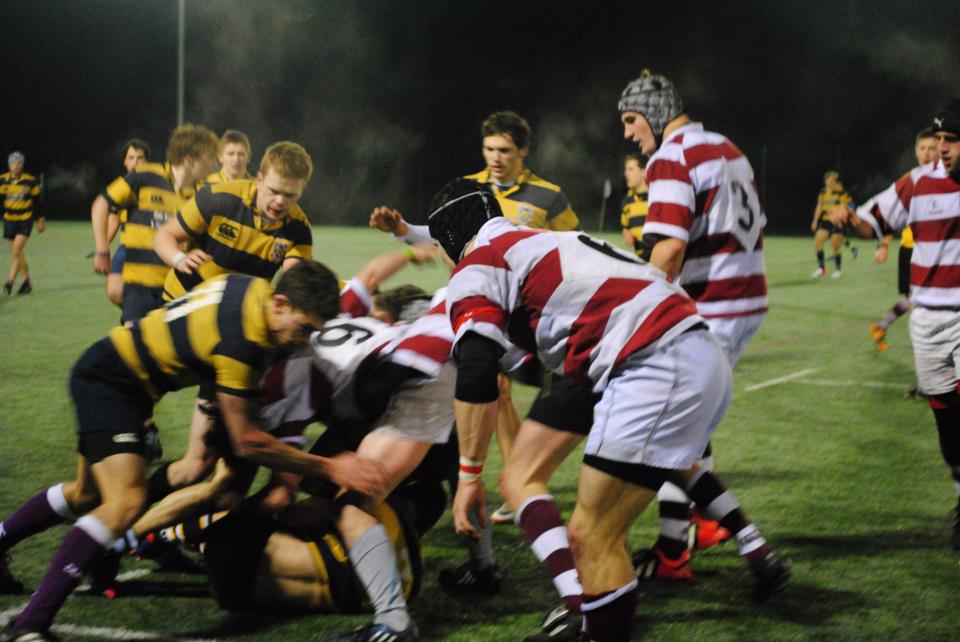 The first half was largely a forward affair

Hatfield came flying out of the blocks after half time. They very quickly took advantage of the whistle-happy referee and their number ten stepped up to score a penalty. 3-0 to Hatfield.  Hatfield sought then to ram home the advantage, and the pressure on the Castle line was huge. Castle’s defence was breached when successive line-outs on their own five metre line resulted in a well-worked try for Hatfield. The conversion was unsuccessful and so the score was 8-0. 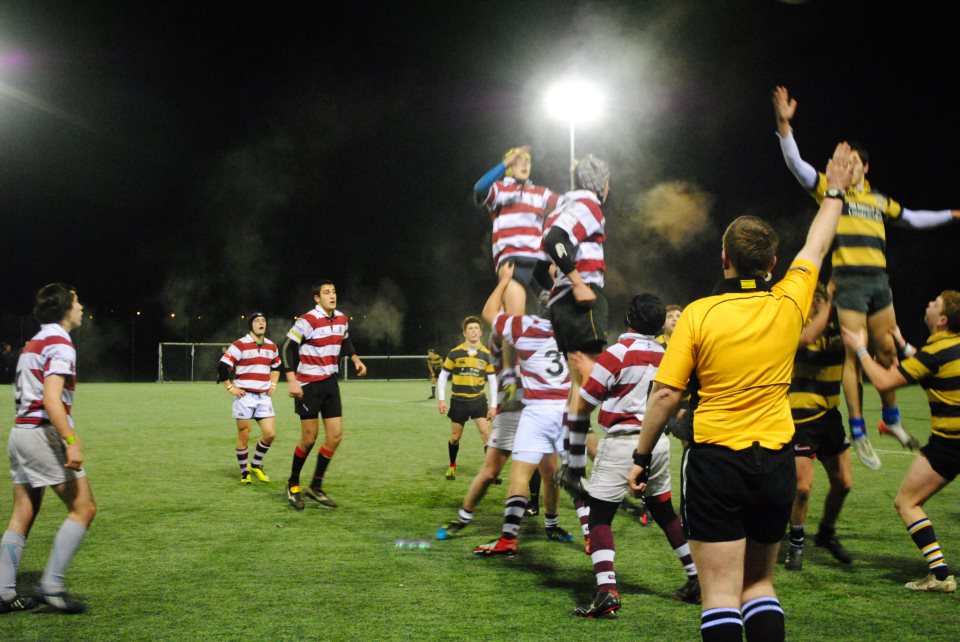 Castle had fifteen minutes left to stage a comeback and their unrelenting pressure on Hatfield’s try line resulted in their first score. Castle had been dominating the scrum  and this led to a succession of penalties in Hatfield’s twenty-two. Eventually, the Hatfield defence was able to cope no more and Ben “formerly known as Big” Waistell crossed the line under the posts. It was a try of raw power and demonstrated Castle’s intent. Ben Cooper slotted the conversion to claw the score back to 8-7 in Hatfield’s favour.

Hatfield needed to respond well, but were instantly down to 14 men after the referee lost patience with repeated offences at the breakdown. The tension around the crumb was unbearable. Hatfield were defending for their lives and their crowd had gone very quiet. Castle’s pressure was becoming unbearable. Then, with one minute left, 25 metres out on the left hand side of the pitch, Castle had THE penalty. There was no choice. They had to kick for goal.

Castle’s mercurial and talismanic number ten, Ben Cooper, called for the tee. You could hear a pin drop. The kick creeped over the bar in the most unglamorous of fashions. Castle led 10-8. The referee called last play. Hatfield had to score from the kick off. Castle stayed switched on, reclaimed the ball with their ever dominant forwards, and Matt Henderson did the honours, booting the ball into touch.  Cue madness. The bench ran onto the pitch, as did the Castle crowd who had braved the weather. 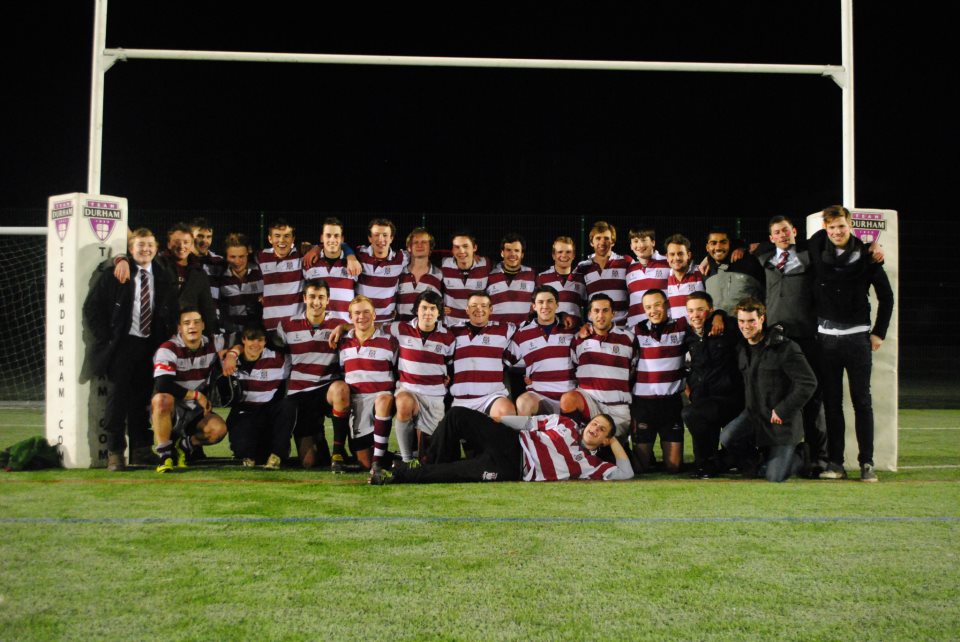 This match is sure to go down in history. Not just as another epic contest between Castle and Hatfield but as a stunning game of rugby.

“I couldn’t bring myself to watch the kick, I just heard everyone go crazy! It was a surreal feeling. We have form in the Floodlit over the past few seasons. We lost to the eventual finalists in the past two years and we reached the final the year before. Given that this was only our third game of the season, against opposition in the league above, this shows that Castle mean business. There are going to be some naughty scenes in Klute tonight. Ben Cooper, my boy!”

Man of the Match: No contest: Ben Cooper. Remained calm and slotted the winning penalty.

Dicks of the Day:

1. Cameron Bell – the “Aberdonian Flyer” somehow failed to score with only the prop to beat.

2. The Ref: when both teams are saying how well everyone did in the queue for Klute, but both agreeing the ref was shoddy, you know he’s had a bad day.