Durham graduate, Jimmy Higham, who tragically lost his battle with cancer last year, has made it into the iTunes Top 40.

Durham graduate, Jimmy Higham, who tragically lost his battle with cancer last year, has made it into the iTunes Top 40.

Jimmy’s cover of Stevie Wonder’s hit Isn’t She Lovely is at time of publishing number 16 in the iTunes Chart, number three in iTunes’ Top 10 soul songs chart and was even outselling singles by One Direction, Robbie Williams and Rihanna. Supporters are aiming to get the single to Christmas number one. 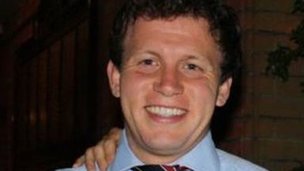 Jimmy was a member of Hild Bede from 2005-2008 and played for DURFC for his 3 years at Durham, captaining Durham 2s to the Richmond final in his time. He then went on to become a postgraduate PE teacher at Wellington College. It was at the Berkshire boarding school where he recorded the single with colleague Jon Walmsley in 2009.

Jimmy emailed the recording to a couple of friends, including Robert Firth, a friend from his time at Durham.

“I didn’t know he could actually sing,” said Mr Firth. “He would never brag about it, it was a hidden talent.

“I tried to encourage him to go on The X Factor, teased him about it, and then more or less forgot about it.”

Jimmy was diagnosed with cancer in November 2010 but “soldiered on” regardless. Despite chemotherapy, by summer 2011, Mr Higham knew the cancer was terminal and he died a week before Christmas, aged just 26. 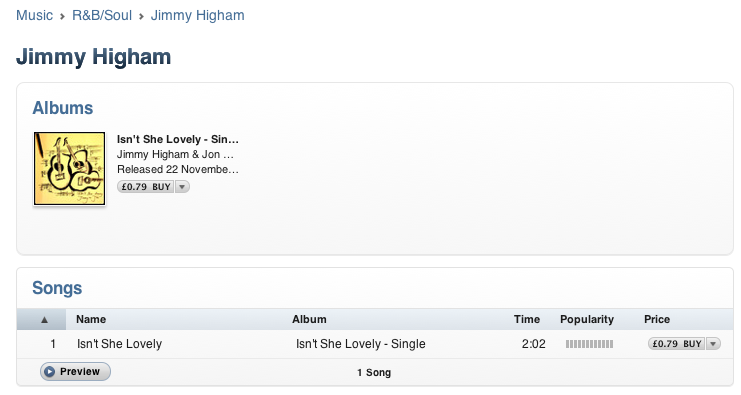 The song is currently available on iTunes. All money raised goes to the Jimmy Higham Bursary fund, which aims to provide a 50% bursary every two years for a pupil from the Northeast to attend Wellington College and play sport. Parents, staff and pupils have already raised £120,000 for the fund, and the college aims to raise a total of £400,000.

A statement released by the school payed tribute to the teacher, described Jimmy as living his final months with “unbelievable courage”.

“His leadership prevented the College from becoming maudlin and enabled all those around him to celebrate his life when the end came.

“Jimmy was an instant hit at Wellington with students and staff, hard-working, dedicated, wise, funny, kind, helpful, a gifted teacher with amazing promise. The students loved his dry humour and willingness to listen.”

Archie Presley, 18, said: “He’s one of the most influential people I had known at the school. Everyone looked up to him, and during down times at the school he would definitely lift the spirits of everyone. I absolutely love the song, I’d place it above the original.”

DURFC wore Jimmy’s initials on their shirts at Twickenham last season in his honour.

Jimmy’s father Colin said, “His entire image was that of a rugby player. I didn’t believe it was him singing, especially with the falsetto voice on it.

“I’ve been watching it on iTunes and when he shot past Marvin Gaye on the RnB chart I didn’t know what to think.

“”We were very surprised. But then given the number of lives he touched, it’s not surprising.”

The song can be downloaded for 79p on iTunes and donations to the bursary can be made through Wellington’s Just Giving page. Thank you to everyone who has already downloaded the song and please continue to spread the word!