A challenging but ultimately rewarding piece of theatre, that is as unusual as it is effective.

Firstly, I must admit that I have never read ‘The Waves’. Virginia Woolf’s novel has so far escaped my readership – but knowing some of her other work, I was somewhat shocked and intrigued that Another Soup Productions were planning to present her work on the stage. With this in mind, I looked forward to this production with an almost scholarly delight, fascinated as to how Woolf’s writing could be translated into theatre. 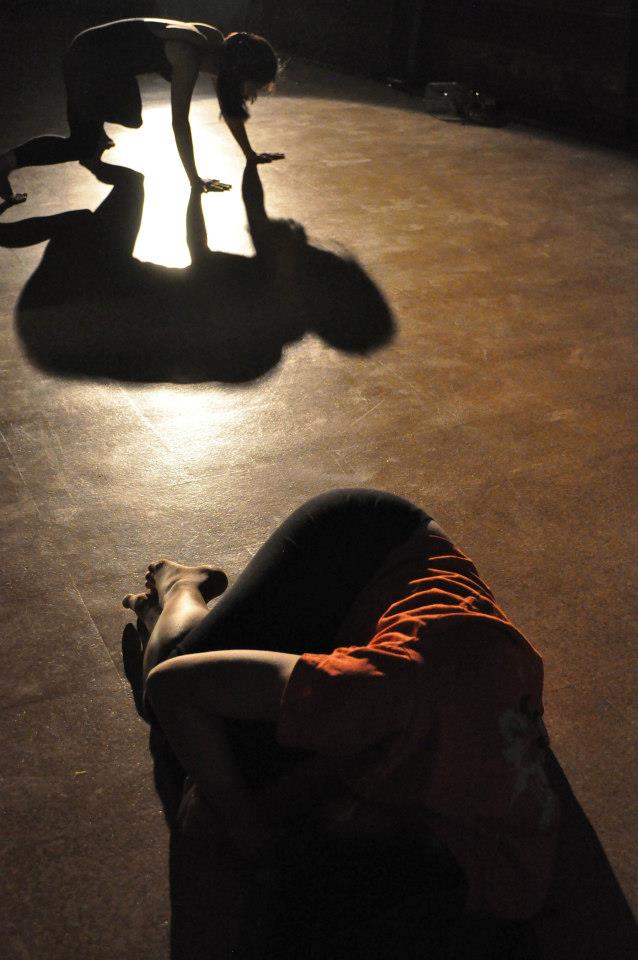 Dave Spencer’s adaptation of this experimental and unsettling book is far from what I imagined, and all the more engaging for it. My first impressions of the venue were mixed. The starkly beautiful all-white interior of Bede chapel is striking, and complemented by the lighting, created a tense atmosphere with all focus drawn to the six actors sprawled out across the floor. Here however is the first fault of the place – the stands in front of the pews obscured much of the ground-based action – of which there is quite a bit. The echo created by the space also proved problematic; when actors were turned away from me particular words were sometimes lost in moments of less than perfect clarity of speech. 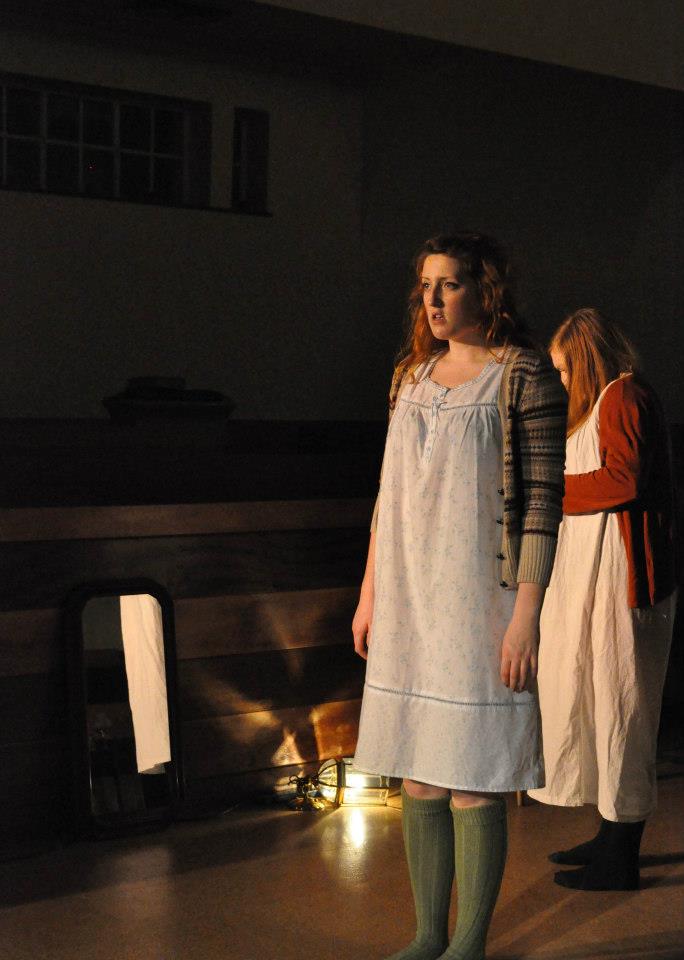 Throughout the first half elements of the performance increasingly began to distance me from it, and incite the beginnings of criticism. Dialogue is almost entirely absent from the production – all the speech consists of soliloquies of interior monologue, (reminiscent of the work of Woolf’s I have read) which seemed at first lacklustre in comparison to the spark of interplay between characters I am so used to in theatre. The musical and dance sections, though beautiful and excellently performed, felt incongruous and misplaced. I felt as if the actors were isolated, parts of different plays altogether, by their lack of colloquy. Essentially, I could not put my finger on what this production was. 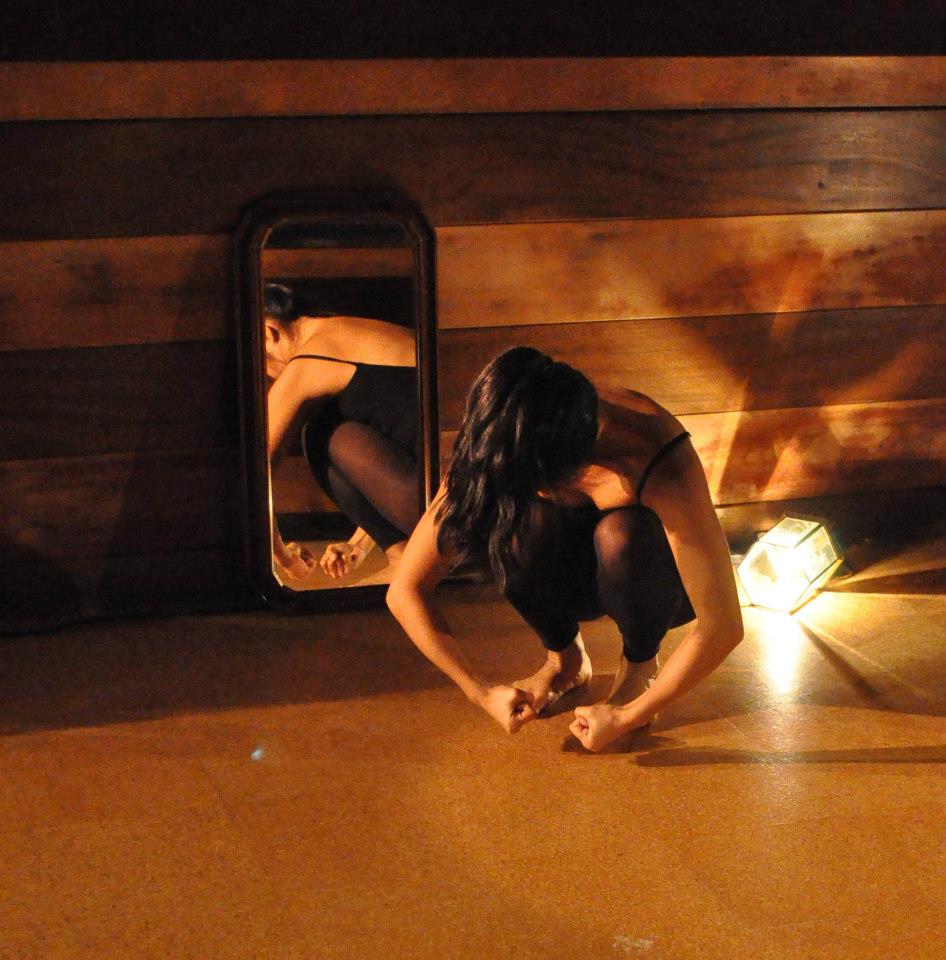 However, at some point after this, I am not sure when, I found myself utterly drawn into this piece. Something of the truly impressive and ambitious scope of ‘The Waves’ began to take hold of me, beguiling and disturbing as it is. All the things I had been unsure of somehow proved themselves to be worthy, contributing to the play’s overall impression. The frustration to see and understand became inseparable from the plight of the characters, wishing to understand themselves and others. Cleverly placed mirrors allowed me to see fleeting glimpses of things hidden from my view, highlighting themes stitched throughout the play’s narrative. The sequestration of the characters inside themselves was brilliantly presented in their physical distance at climactic moments – their inability to speak to one another, and the strange and hypnotic speeches, showed they were symptomatic of the characters’ endless struggles. 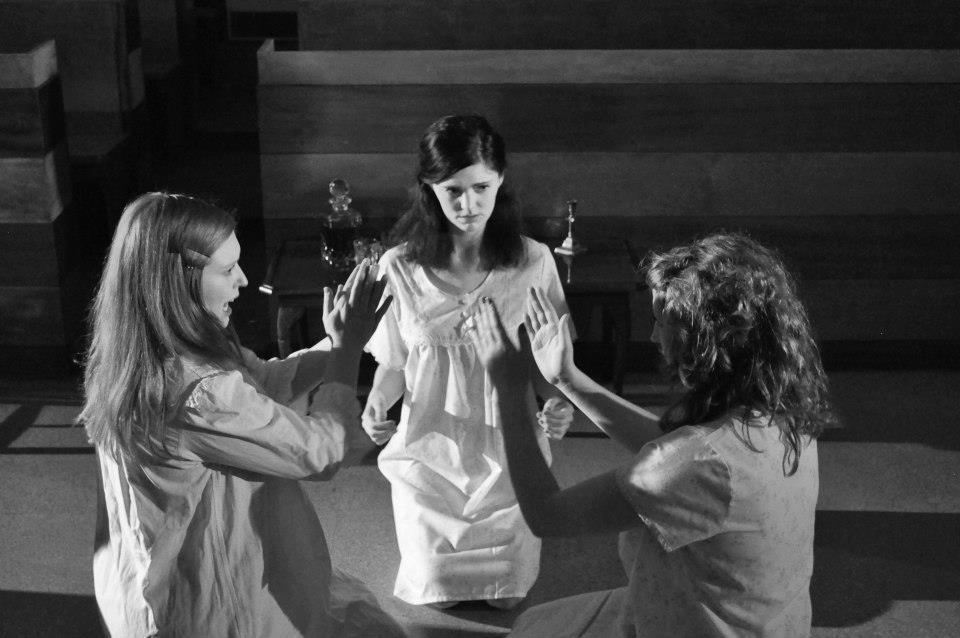 Though it may have taken a while to fully embody its potential – be that due to my unfamiliarity with the novel or a purposeful gradual build toward meaning – this play is a disconcertingly honest portrayal of the problems each and every person faces when coming to terms with existence and selfhood. The acting is often stunningly good; though I could mention moments of brilliance for all of them, Jess Groocock provided a particularly poignant performance as the heartrending yet frustrating Rhoda. By the end, all the elements of this play – the music, dancing, acting, direction – had come together to produce something very striking. 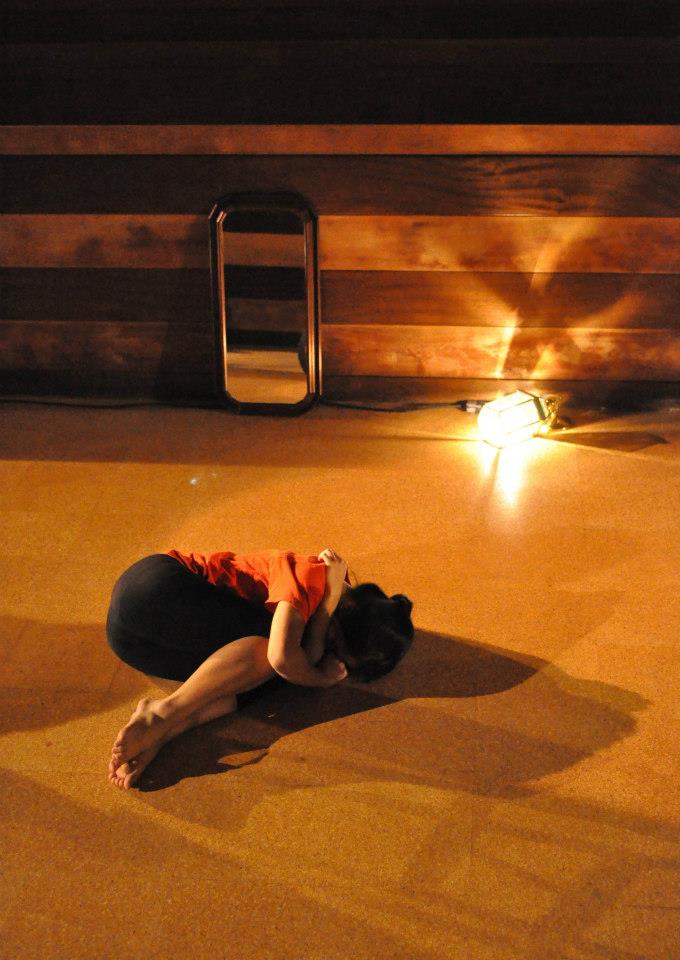 In short, this is not quite a play – it is poetry, strung together by the dynamic performances of the cast into a fascinating and elusive comment on maturation and identity, with which the audience must consciously allow themselves to engage. In the director’s notes Dave Spencer says his only hope is that the audience go away and read ‘The Waves. In this sense the production team have been successful – I have already ordered my copy.