In the wake of the bar’s voluntary closure, police are investigating incidents including suspected drug use, assault and inappropriate behaviour 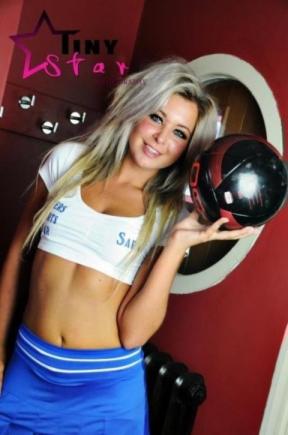 Boxers was described as ‘raunchy’ by local papers

Student pre-drinks destination Boxers Bar has closed down amid a police investigation into suspected drug use, under-age drink sales and an assault on a customer.

The Crossgate sports bar shut voluntarily two weeks ago, soon after the council announced plans to review its licence because it had sold alcohol to a 15-year-old girl.

Now police say they want to speak with the licence holder regarding several other incidents.

Sgt. Tim Robson of the Durham Constabulary’s alcohol harm reduction unit said: “We can confirm officers are making enquiries to trace the licence holder of Boxers bar in Crossgate, Durham which we understand has voluntarily closed down.

“Since the premises were leased in May this year police have received a number of complaints from local residents concerning excessive noise and anti-social behaviour, and we are aware of a number of incidents which warrant further investigation. 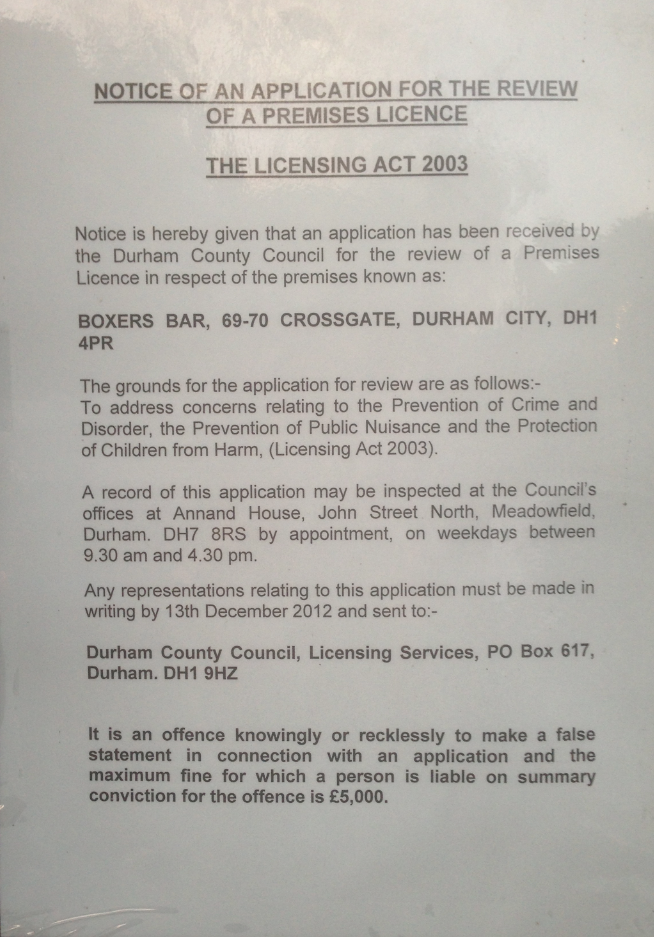 The Notice was taped to Boxers’ window

“These include suspected drug use in both the bar area and the toilets, inappropriate behaviour by staff and customers, under-age drink sales and an assault on a customer who was attacked both inside and outside the premises.

“And a recent police operation resulted in staff at Boxers selling alcohol on three occasions inside two weeks to a volunteer aged 15, who was acting under police supervision.”

The licence holder of the premises is Pemberstone Partnership LLP, a property company who own the building. There is no suggestion they committed any criminal offence.

Despite closure, the interior of Boxers’ bears the marks of a busy evening. Half-empty pint glasses are stacked up along the window and there is smashed glass on the floor. The only sign the place has been closed for weeks is the ungainly padlock latched across the front door. 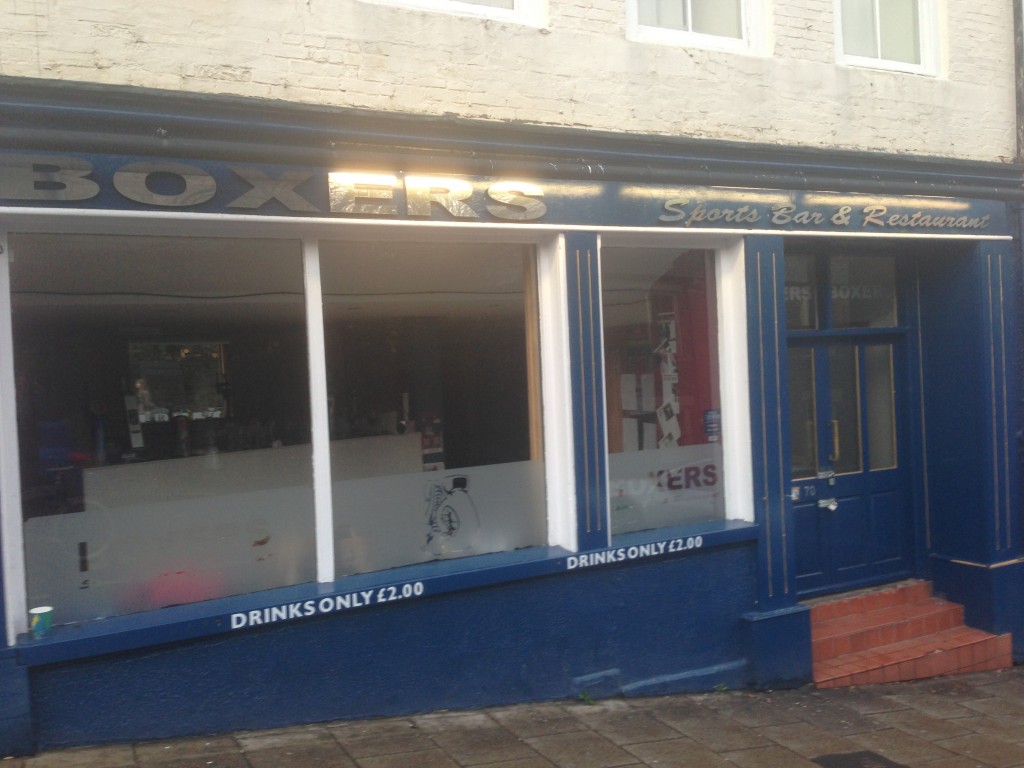 In the early stages of the Michaelmas Term, the bar’s £2.00 drinks prices made it a popular pre-drinks location for Durham students. There were also some Durham students who worked for the bar.

One, who asked to remain anonymous, told The Tab it was a “shady” place to work.

A completely rational guide to surviving a degree you hate